Like a Boss: Achieving Work/Life Balance with a 4-Day Workweek

Learn how the President of Utopian Landscapes achieved better work/life balance for his crew by moving to a 4-day workweek. 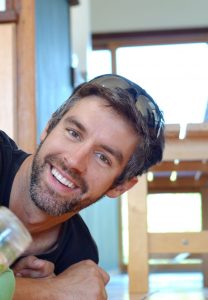 As Nikos Phelps, CLT, grew his business, he soon found that he was struggling with that ideal work/life balance not only for himself, but also for his crews. The owner of Utopian Landscapes, LLC based in Harrisburg, Pennsylvania, says that like most landscape companies, his philosophy was to get as much work done as he could — whether that meant taking on work in the rain or on the weekends. While his crews were saying they wanted that overtime pay, he found that they were getting increasingly unhappy — and he was, too. After a particularly intense year, Phelps took a step back and sought a solution.

“Even though the guys were saying they wanted to get in as many hours as possible it was obvious that there was some frustration,” Phelps says. “They were working 50- to 55-hour weeks and it was leading to some animosity. We felt like they were coming to resent us.”

With a bit of thought, Phelps decided to go to a “4-10 schedule” — four 10-hour days each week. Although there was some initial pushback from those who said they liked the overtime pay, it wasn’t long before Phelps began to notice a major change in employees’ attitudes. Crews were much happier and quickly came to embrace the new schedule.

Read More: Why Getting Out and Enjoying Life is Important

On Mondays they start off the day by analyzing the week’s weather and as long as it looks good, they usually get Fridays off. But Phelps says it can vary based on the forecast. He also keeps the schedule flexible. For example, if a crew member needs to leave early on Thursday, they might put in three 12-hour days and a four-hour day on Thursday.

“That’s where it’s very important to have a good dynamic among employees,” Phelps says. “As long as the rest of the crew is okay with it, we allow employees to have some flexibility in their schedule.”

While the existing employees love the new schedule, Phelps says he has interviewed potential hires who didn’t like the idea.

“It’s not for everyone,” Phelps admits. “It does make for a long day and some people don’t like that. But our crews have come to appreciate that long weekend. A lot of landscape companies do work weekends but only on the rarest of occasions will you see us out there on a Saturday.”

“We really push our people to take their days off,” Phelps says. “We have found that when they come back they are refreshed and all around in a better mood. We want our employees to be happy because we care and because it makes them better workers.”