Learning How To Grow Without Losing What Makes You Great

Business growth can occur rapidly, but it doesn't mean the company has to lose sight of what it stands for.

When Ben Collinsworth nearly tripled his business in one year’s time, he figured he was on the fast-track to success. But the CEO of Native Land Design, a Cedar Park, Texas-based business, quickly learned that such rapid growth can become problematic without a plan. In his case, it led to a cash-flow problem. With more jobs on the books, there were more expenses. But cash wasn’t coming in fast enough to pay for labor and materials, so Collinsworth was financially stuck. And, in addition to that, he began to feel as though he was losing control. He wasn’t managing accounts the way he used to, and the business was going in a direction he wasn’t sure he wanted. It had become clear to Collinsworth that growth can take you to unwanted places. 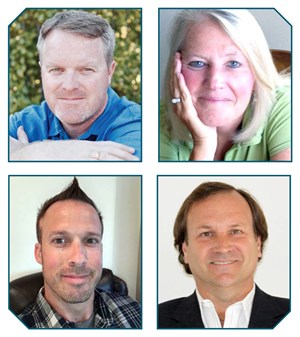 That was enlightening to the business owner who says the message he’d always heard was “growth is good.” And it is. But only if it’s done right. Growth can also take your business in a direction that you don’t want it to — and you can lose what it is that made your business special.

Industry consultant Judy Guido, chairman and founder of Guido & Associates, says she has seen businesses come close to crashing and burning all because they grew so wildly — without a plan. Having a plan about not only how to grow, but what you want the business to look like once it does grow, is incredibly important.

But before taking things any further, Guido says business owners must first ask themselves: Do I want to grow?

“I get calls from clients and potential clients all the time that want me to assist them as they look to grow,” Guido says. “But the first thing I ask them to do is ‘define growth and their overall success.’ Everyone’s definition of success looks different. To many business owners it’s not about the number of people they employ or the amount of equipment they own. Many business owners would define success as a well-run business that allows them to be financially secure and get home every night and have dinner with their family.”

Guido says that asking yourself, “What kind of company do I want?” is the first place to start the conversation about growth. Not every business owner wants to (or needs to) grow intensely in order to achieve the type of company, and the lifestyle, that they want. Therefore, Guido advises, before asking how to grow, start first with describing what your ideal company would look like and move toward that vision.

Growing in a controlled way

Assuming you do, in fact, want to grow, the first step is developing a plan, says Guido. If you don’t want to lose what it is that makes you special, then you must have a plan for maintaining your vision, culture and core values.

“When businesses grow suddenly, owners are often reacting to what’s happening now with no plan in place or concern for the short-term or long-term consequences,” Guido says. “If you don’t have a plan aligned with your individual market, you’re not going to adapt your business and be able to leverage the changes and opportunities as they become necessary.”

In Collinsworth’s case of rapid growth, he says if he had tried to continue at that pace, his business could have completely spiraled out of control. But instead of carrying on at lightspeed, Collinsworth decided to scale back the business and cut out a market they’d been servicing. That decision not only saved the business but also got things on track for future growth — at a steadier and more sustainable speed. By slowing things down, he was able to get a plan in place to move forward.

Steve Cesare, Ph.D., a human resources expert with The Harvest Group, says the lack of a sound plan is the primary reason many businesses don’t grow in a sustainable way. Cesare says that all businesses fall somewhere in the four stages of the organizational life cycle as they evolve and change — just as human beings would. The four stages are:

Entrepreneurial: The new business is just trying to get off the ground. There is little structure in place, with the business owner (the entrepreneur) taking any and every job that comes in the door just to start growing.

Collectivity: Based upon growth, the business begins to develop some structure with clear direction and goals; but it is still in the early stages and communication is still open and informal. Specifically, the division of labor, accountability, delegation and organizational culture begin to take root.

Formalization: With continued growth, the structures (e.g., policies, procedures, sales proposals, bonus programs) that began in the collectivity phase become more well defined. Multiple layers of management (e.g., superintendents, account managers, branch managers) are created. If not planned and managed correctly, this is a stage where innovation can feel stifled as communication channels may become more bureaucratic, stagnant and hazardous.

Elaboration: As the organization reaches this level of maturity, the need for proactive leadership, revitalized systems and blending the internal company culture with the competitive external environment becomes essential in order to retain innovation and creativity, which is fundamental to continued growth and success. This is the “do or die” stage.

Cesare says that most business owners not only don’t recognize which stage of the organizational life cycle they’re in, but they also don’t have a plan for what to do in the stage that they’re at. “Just like living things, organizations have a life cycle in which they can evolve, change and die,” Cesare says.

“If your company grows too fast — or too slow — it can die. Companies must be able to understand where in the life cycle they are and what their growth pattern is like. Are they growing by revenue alone or are all the systems within the company properly aligned to enable efficient, mature growth into the future? If it’s the former, you’re at risk of outgrowing the business. If it’s the latter, keep planning.”

Cesare says that the overall plan should have three components to it: a business plan (where the business is going, what you want it to look like), a P&L statement and an organizational chart.

“I tell all of my clients to put together an 18-month plan that changes every month, so you never really get there but instead you’re constantly evolving,” Cesare says. “What does your business look like in December 2018? What does it look like in January 2019? You’re always looking ahead as though your business was on a conveyor belt. If you’re not fluid and adaptive, then you won’t be able to handle either sudden growth or decline.”

Of course, having a plan in place isn’t always so simple. It requires having business acumen that many wouldn’t have gained early on in business. And planning for the future requires a good sense of what’s to come, which isn’t so easy for new businesses that haven’t been through it before. Collinsworth says that looking back at his period of rapid growth, which occurred when he was still only in his 20s, one of his biggest mistakes was that he operated as a lone wolf. He says if he’d reached out to a consultant or to a mentor, he could have had a plan in place that would have helped him better handle that growth surge.

“I would strongly encourage other business owners to reach out to consultants who you feel comfortable working with,” Collinsworth says. “I was growing rapidly but failed to strategically plan and have systems in place that would ensure the business continued to run the way it had before it got so big. I had to really hit the emergency brake to assess where I was and get a plan in place that I should have had there from the start.”

Although organic growth seems like the most “controlled way” to grow a business — and in many ways it is — that’s not to say that growth can’t still occur rapidly. Collinsworth’s growth was organic and it still came close to spiraling out of control. The key is growing organically with a sound plan.

Fred Oskanian, owner of Terra Lawn Care Specialists in Collegeville, Pennsylvania, has grown his business organically over the years, mostly by word of mouth. But he says that for him, organic growth has also meant constantly investing in the business. For Terra, that has come largely in the form of investing in technology (equipping vehicles with fleet routing and crews with tablets) and investing in his people. As one of the higher paying landscape companies in his marketplace, Oskanian says he believes in paying a good wage to encourage people to stay.

“I have found it is better to pay people well and have them stay than to have them leave in search of a better wage,” Oskanian says. “It’s just not worth losing someone over a salary. Because of that, we have had some of our employees with us for 10 or 15 years, which is somewhat unheard of in an industry with high turnover rates. In turn, that benefits the company because I don’t have to constantly train new people and our clients get to know and build a rapport with the crews cutting their lawns. That builds loyalty.”

Building loyalty is something that Terra has always been good at — and something that makes the company special, Oskanian says. It’s why he doesn’t lose a lot of customers to the “guys passing out flyers.” Recognizing how valuable that loyalty has been over the years, Oskanian continues to keep it in mind whenever making business decisions.

Even as the business has grown, Oskanian says he’s made a point to nurture relationships with employees and with clients, and that’s made a huge difference in ensuring he doesn’t lose that “special something” that sets Terra apart. Guido says it’s definitely the kind of effort that’s required to keep businesses growing in a way that doesn’t force them to lose sight of who they are.

“Like anything in life — a friendship or a relationship — you can become complacent,” Guido warns. “You can forget that you have to keep making that effort you made from the start. You might think you know what your customers want or what your people need but you’ve lost sight of things or they’ve changed without you realizing it. Companies that attract good people are those that stay connected to their team and continually educate their them, that pay them fairly and that treat them like partners in the success of the business. And companies that retain their customers are also those that stay connected to and listen to their customers, therefore providing excellent customer service.”

For Joshua Malik, owner of Joshua Tree in Stockertown, Pennsylvania, a strong focus on customer service has helped his business grow organically as well. In the past year, they’ve doubled their lawn care service, which is still a relatively new offering for the company that got its start in tree care. Malik says that rapid growth is largely related to the top-notch customer service they’re focused on offering.

Previous post 6 Native Plants To Use In Ohio Landscapes