Like a Boss: Engaging Crews with Net Profit Goals

This contractor informed crews of the company's net profits and it completely changed the company culture.

Doug McDuff, MCLP, MCA, president of Landscape America, Inc., a landscape design/build and maintenance company in Wrentham, Massachusetts, says that he was struggling to find a way to get his team engaged in the net profit goal for the company. At the end of the day he says field laborers didn’t really know what it was that they were working toward. In an effort to get everyone on the same page, McDuff says he dropped the company’s existing bonus plan and re-introduced a brand new incentive plan, that helped motivate laborers toward a common net profit goal. But first he took the time to explain all of this to his crews — who were feeling disengaged from the big picture.

“Man-hours and material purchasing are the two key areas where our field crews can make a difference,” McDuff says. “While they can’t affect our overhead cost, they can affect our gross margin. So we worked together to come up with ways they can be more efficient in the field, such as reducing downtime in the yard, being more efficient on a job site and smarter purchasing. Then we talked about how this directly affects the bottom line.” 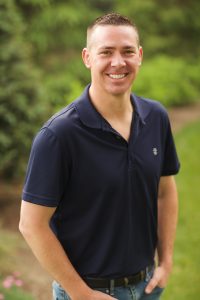 Once crews understood where they could have an impact, McDuff introduced a new incentive plan, with the help of Bill Silverman, a business coach with Springboard Business Coaching. He says his old bonus system was calculated with a “difficult-to-understand formula” that tried to take into account things like safety and performance. But he says it was obvious crews didn’t really understand how to earn that extra cash and, as a result, it wasn’t a big motivator. Dropping the idea of a “bonus” (which McDuff says the language alone implies it’s handed out no matter what) McDuff replaced it with an incentive plan purely based on a net profit goal.

“Since we needed anything above the $200,000 mark to continue to grow, that was our goal,” McDuff says. “We told employees that we were going to pay out 40 cents on the dollar on anything above that mark.”

Ultimately the company landed at $300,000 that year, meaning crews received a $40,000 incentive — which McDuff says was around $2,000 per man, on average (individual incentives were also calculated on the percentage of salary to the payroll total).

McDuff says that in order to make this new plan work, he’s had to stay on top of calculating the net profit in order to help keep crews engaged. He also says that talks and reviews about crews’ efficiency and their involvement in reaching that net profit goal have had to be ongoing — not just one discussion at the beginning of the year. All of that takes a big effort on management’s part, but McDuff says it has paid off.

“Now that our field laborers understand how they can affect our net profit, they’re more engaged than ever,” McDuff says. “There’s no question it’s improved our company culture.”