When landscape company and lawn maintenance work crews drive service vehicles from job to job throughout the day, how much can unauthorized long lunches, side trips, and other breaks cost their company? The answer can be surprisingly high. Improving driver accountability via GPS tracking devices can dramatically improve not only productivity but also profitability. This article is contributed by Advanced Tracking Technologies (ATTI), a Houston, TX-based designer and manufacturer of GPS tracking products.

Greg Hamann is owner of Prime Landscape Services, a Dallas-Fort Worth, TX-based landscape contractor. He estimates that if unauthorized employee breaks went unchecked when he first discovered them at his firm years ago, it would cost over $150,000 annually just on the lawn maintenance side of his business today.

“The crews were telling us they were taking 30-minute lunches, but were really taking hour-long lunches,” says Hamann, whose company provides landscape design, lawn maintenance, sprinkler systems, water features, pool, and concrete services. Currently, the landscape contractor has about 20 lawn maintenance crews serving north Texas, and a total of about 55 service vehicles company-wide.

“We also had guys stopping by their homes in our trucks,” adds Hamann. “We had drivers going to stores, or hanging out at a buddy’s house after dropping off the laborers at a job.”

Hamann has turned that around with the installation of GPS tracking devices on his service vehicles. “We have really great guys. However, I believe in trust but also in verification,” he says. “Today, we’re probably realizing a net positive of hundreds of thousands of dollars annually company-wide in greater productivity, safety, and efficiency with the GPS trackers.” 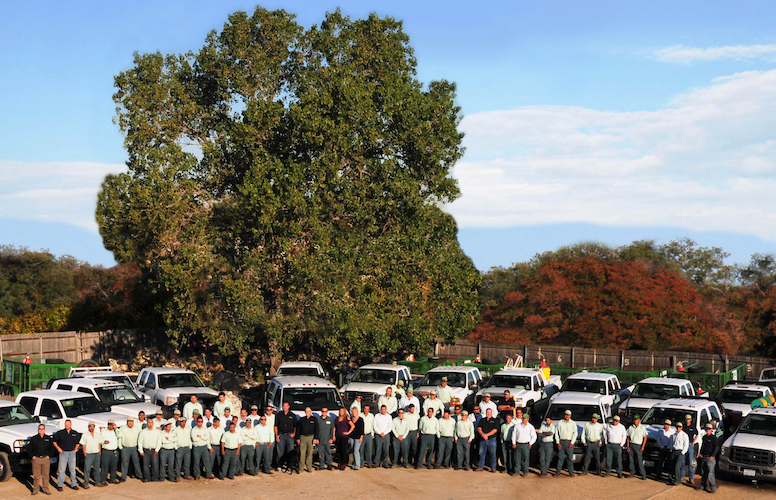 The crew at Prime Landscape Services, a Dallas-Fort Worth, TX-based landscape contractor.

When the landscape company first installed GPS tracking devices from Advanced Tracking Technologies (ATTI) on a few vehicles about 15 years ago, the technology was not as sophisticated as it is today. However, even back then, the effect was dramatic. “Once we put trackers on the trucks and everyone knew it, the shenanigans stopped,” says Hamann. “The system was clear, unbiased, and provided accountability. So, our work crews mostly self-corrected and there has been no need to micro manage.”

According to Hamann, the printable report he uses shows every customer address. He matches this with the route list used for billing, and the two should match. “If we hand our foremen a 20-yard job list, at the end of the day there should be 20 stops indicated by the tracker. It shows everything, including how long they are taking for lunch and every break,” he says.

Recently, Hamann began using an advanced GPS vehicle-mounted tracking device, ATTI’s Shadow Tracker Vision III, which he has continued adding to his fleet. He has found a range of uses for the device, including improving driver safety, expedited theft recovery, emergency dispatch, along with the expected better driver accountability and managerial oversight. 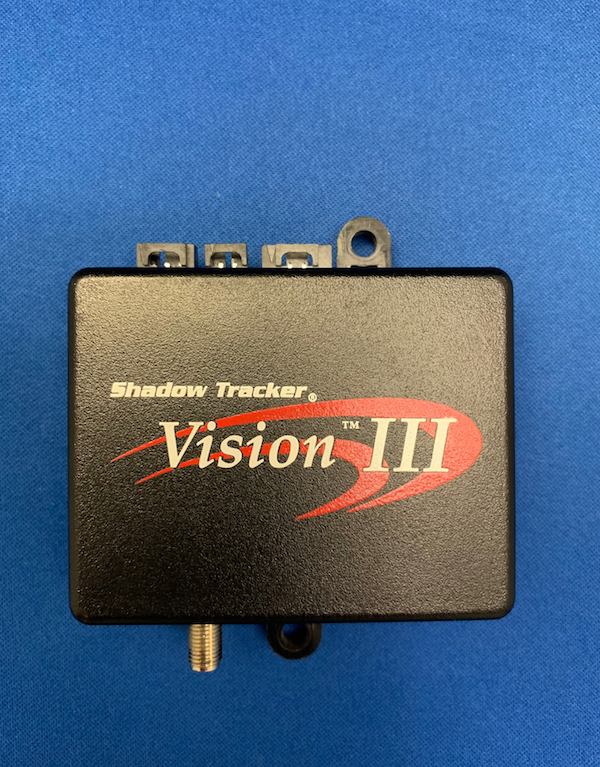 Compared with typical GPS tracking devices that may update every few minutes, this device provides real-time location updates every 10 seconds, as well as location, speed, and idle time alerts. This data is transmitted via satellite and cellular networks to a smartphone or PC on a 24/7 basis. The system has access to nationwide speed limits in its database.

“The GPS tracker can tell you when a truck is speeding, so you can hold the driver accountable and prevent future occurrences,” says Hamann. “You don’t want a truck and a trailer going over 60 miles an hour. That’s a huge liability. If your drivers speed and get in a fatal wreck, the litigation can cost you your business.”

Once, when a $60,000 dollar truck with $30,000 of equipment was stolen, the truck was recovered by police the same day using the tracker, according to Hamann.

The GPS trackers also enable Prime Landscape Services to quickly respond to anything urgent, which can help build customer loyalty. “If we get a call to do an emergency water shutoff in Dallas, for instance, we can look at our trucks on the tracker map, and then immediately dispatch the closest available truck,” says Hamann.

Still, the main benefit of the tracking system is in how it makes employees more accountable to the company and themselves, while streamlining management, says Hamann. He describes that via a smartphone app proved by ATTI he can display the real-time location of his entire vehicle fleet on a map, and zoom in on any specific truck. At a glance, he can see if a truck is moving (displays green) or stopped (displays red). If he touches a truck icon, the app will display where the truck has been, where it stopped, and how long it has idled. All this helps with customer support, and with on-the-fly coordination.

“I can pull up my smartphone and see exactly where my trucks are in route, if they’re picking up material, or stuck in traffic,” says Hamann. “So, I can tell a customer almost to the minute how soon a truck will arrive. I can also sit in the office for an extra hour and do billing or call customers while my crew is out getting materials, and then meet them right when they arrive at the job.”

And, the systems can also improve drive route efficiency. “With the GPS tracking system, you can hit a button and print a map of how your foreman drove his route to a job site,” says Hamann. “You can see where he got stuck in traffic, and whether doing far jobs early and close jobs later could minimize any wasted downtime.”

Hamann has also recently discovered how the GPS system can streamline billing. “Normally, our staff would be in the office until 9:00 PM handling billing after the last trucks came in,” he says. “Now, with real-time tracking, we know exactly how long the trucks were at each job site and if they missed any jobs. So, we can start the billing at noon and be almost done by the time the trucks come in.”

Despite using GPS trackers for over a decade, Hamann and his staff are still learning new ways to enhance productivity, safety, and profit with the devices, which he notes cost him about $20 a month per vehicle. “The advanced units are the best yet, and we are really just scratching the surface of what we can do with them,” he concludes. 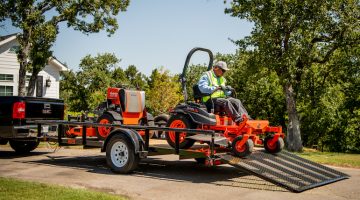