Educating clients can have a variety of benefits.

It’s not uncommon for homeowners to tackle some of their own landscape maintenance projects only to find that they made an error that caused more problems. For instance, scalping the edges around a driveway or walkway can make weeds prone to grow in those areas. Or cutting certain flowering shrubs too late in the season can cause damage by mistakenly cutting off their newly formed buds. When those shrubs don’t flower the next season, the client is left wondering what went wrong. Todd Thomasson, owner of Rock Water Farm, has addressed these types of concerns — and more. He’s found that the best way to combat homeowner mistakes is to put more emphasis on education.

There’s always a fine line between educating customers on how to do something themselves and encouraging them to hire Rock Water Farm for the service. But teaching people how to do it on their own can actually be good for business. Thomasson has found that while most people appreciate being taught the right way to do something on their own — they’ll often still hire Rock Water Farm because they didn’t realize how much work was involved. 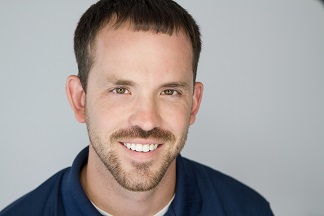 “Oftentimes, when you educate someone the proper way to prune — as we did in a recent blog post — they realize there’s more involved in the process than they’d thought and they would rather we just handled it,” Thomasson says.

But it can also benefit the company to educate customers so that they aren’t making landscape maintenance mistakes that reflect poorly on Rock Water Farm. For instance, Thomasson says they have found that clients who have hired them to perform aeration and overseeding don’t realize the importance of also hiring them for leaf removal. Since they weren’t keeping up with it themselves, it was causing problems.

“If they keep the leaves sitting on their newly seeded lawn, those leaves will run the risk of smothering the new lawn,” Thomasson says. “We have to educate them on the importance of leaf removal and how there’s more to it than just aesthetics. Then they won’t come back to us questioning why their new seedlings didn’t grow. And if they’re not up for doing leaf removal themselves, they’re hire us for it.”

Thomasson uses blog posts on his website as well as a lot of direct conversations with clients to educate them on landscape maintenance.

“You can never assume the client knows these things,” Thomasson says. “It’s on us to teach them. They turn to us because we’re the expert. It’s a great opportunity to build a good rapport with clients.”

Next post Hot Hardscape Trends For 2018, Plus 9 More Insights From GIE+EXPO