One business owner says his only regret in hiring someone to handle finances was that he hadn’t done it sooner.

Five or six years ago — when it came to financial aspects of his business — Nathan Helder, president of Gelderman Landscaping, based in Waterdown, Ontario, admits he was struggling. Whether it was job costing, monthly reporting, or other financial tasks, Helder says that (back then) he didn’t have the appropriate systems in place to handle them appropriately. Trying to tackle these tasks on his own, Helder found he was wasting precious time. That’s when he began to realize the company needed a financial manager — a position he now says he wishes he had brought on board sooner.

Still, Helder can admit even now that it was a big decision. He didn’t know where he would come up with the cost to pay his financial manager’s full-time starting salary. Looking back, Helder says that the position paid for itself in less than a year — and it freed up his time to focus on his areas of expertise instead of wasting time on financials.

Today Helder can say that bringing this position on board has helped the company to double in revenue and run more efficiently. Helder also says he has promoted his financial manager to vice president of finance and administration. He says that having found the right person for that role has made a world of difference in terms of the company’s profitability.

“Had we not hired a financial manager back then, I think we would have grown but failed to be as profitable as we could be,” Helder says. “We’ve known where and how to grow because of our now-vice-president doing such an excellent job of tracking all of our numbers. Just to give one example of our efficiency — our month end now takes five days to finish because we reconcile our bank account daily.”

Helder is quick to point out that this kind of work is not just bookkeeping. Instead, Helder says that it was a financial management position that “took things to the next level,” which has helped make him so successful. His financial manager, now vice president, manages cash flow on a daily basis, creates budgets for each branch and departments within each branch, is producing regular financial reports, is always making sure all account receivables are in check, and in general is staying on top of all financial aspects of the business.

“Does everyone need a financial manager?” Helder asks. “Not if you’re happy where you are. If you’re profitable and are happy staying in the position that you’re at, you may not need that financial help. But I wanted to not only grow my business but build it into one that could run on its own — so that I didn’t have to have a hand in everything. In order to do that, I needed to bring someone on board to handle finances.”

And Helder says he couldn’t’ be happier that he did. Hiring someone to handle financial aspects of the business has been a key part of the company’s recent growth to $12 million and its continued growth on the horizon. 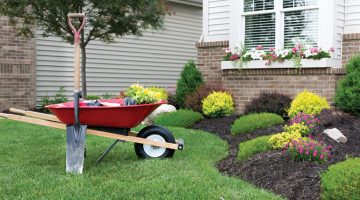 Looking To Increase Your Rates? 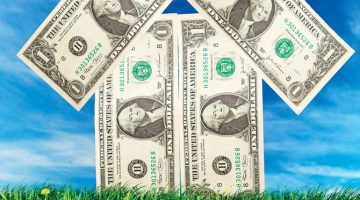