A business owner goes through a major employee renovation.

Dealing with losing just one employee can be a big challenge for a small business that relies heavily on each of its people. But losing multiple employees can be catastrophic. Mark Marias, owner of Sherwood Landscape, Lighting & Design in Medford, New Jersey, says that’s exactly what happened to him when two employees suddenly quit, another was injured (off the job), and an employee with a bad attitude had to be let go. That left him with just one employee — and there were jobs in queue that needed to be completed. But instead of panicking, Marias put energy into multiple avenues to find new hires in an effort that he calls an employee renovation process. He says that it was ultimately his persistence that paid off.

“Not only did we have jobs on the board that needed to be completed, but we were halfway through a project at the time that we lost most of our crew,” Marias says, describing the moment when everything started to go haywire. “We didn’t want the customer to lose trust in our ability to complete the project to the high level of craftsmanship for which we were known.”

So, Marias went into action. He placed ads, he used his business Facebook page, and he even used his personal page to look for skilled labor. But it was in asking around, and word of mouth, that Marias ultimately found a new hire that would keep that existing project going. Then he started adding from there.

“We need skilled labor because our work is mostly high-end paver and block work,” Marias says. “I was relentless in calling my vendors and asking if they knew anyone. My fellow landscaping colleagues said there was a shortage of good labor in general right now but I wasn’t about to give up. I even asked the crew who they might know that would want to come work for us.”

All of that effort paid off. Marias says that he found an exceptional group that came together as a result of persistence. He also remained unwavering when it came to upholding a high standard. When the going got tough, he could have hired unqualified labor or even held onto that employee that had a bad attitude (and was spreading it around), but Marias says he was determined to stick to his guns.

“Now we have work lined up into December and then we will begin snowplowing,” he says. “I’m hoping to keep this great new crew working right into next season.” 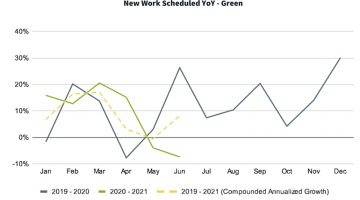 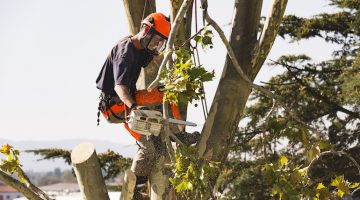