Late summer into fall can be a very active time for ticks, and landscapers are particularly at risk for tick borne illnesses. Lately, ticks have garnered headlines for a variety of reasons. In mid-July, ticks made news, rather bizarrely, when the House passed an amendment calling for the Defense Department’s Inspector General to conduct a review into whether the Pentagon experimented with ticks and other blood sucking insects for use as biological weapons between 1950 and 1975. While many believe it’s simply a conspiracy theory run amok, no one can deny the current concern over expanding geographic ranges for ticks, a new tick species, and increasing cases of illness.

While everyone’s heard of Lyme and Rocky Mountain Spotted Fever, new diseases are now entering public awareness, such as Powassan virus. On August 1, a resident of Gardiner, NY was the first person in the state to die from the virus, a rare and often serious disease spread by infected ticks. While the Ulster County Department of Health reported the resident had underlying health conditions, 12 other people have died in the past decade. And the total number of cases are rising from numbers like six to 16 annually in the years around 2010, to 21 to 34 cases per year in the past three years, according to the Centers for Disease Control (CDC).

In fact, over the past two decades, seven new tickborne germs that can cause illness have been identified in the U.S., says the CDC, and record numbers of tickborne diseases were reported in 2017 for a total of 59,349, up from 48,610 in 2016. Additionally, the number of reported Lyme cases has tripled since the late 1990s with the number of counties in the northeastern and upper midwestern U.S. considered high risk for Lyme increasing by more than 300% between 1993 and 2012.

Aside from infections, Alpha-gal allergy, which causes a serious reaction to meat, is another strange but serious condition that people are just starting to hear about. Recent studies in the U.S. and other countries suggest ticks may play a role in this allergy but research is ongoing. It’s actually an allergy to the alpha-gal sugar molecule, found in most mammals and products made from mammals. According to the CDC, symptoms commonly appear three to six hours after eating meat or exposure to products with alpha-gal, and can include rash, hives, difficulty breathing, a drop in blood pressure, dizziness or fainting, nausea or vomiting, and severe stomach pain. The allergy can even be life threatening. The majority of cases have been reported in the southeastern and Midwestern U.S. in people over 50 years old. 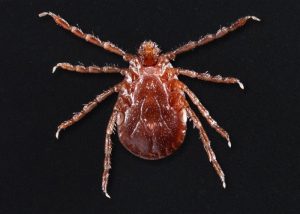 Asian longhorned ticks were first reported in the U.S. just two years ago.

While some illnesses are becoming more prevalent, so are new tick species, such as the Asian longhorned tick. Not normally found in the Western Hemisphere, they were reported for the first time in the U.S. just two years ago, in 2017. As of August 1, they have been found in: Arkansas, Connecticut, Delaware, Kentucky, Maryland, North Carolina, New Jersey, Pennsylvania, Tennessee, Virginia, and West Virginia. While bites from these ticks in other countries can make people and animals seriously ill, no harmful germs have been found in the U.S. ticks as of August 1 and research is ongoing, reports the CDC.

Since there are regional differences in tick species and disease prevalence, it can be confusing to understand risks specific to your area. There are seven different types of ticks that bite humans in the U.S. and approximately a dozen different diseases. However, in the continental U.S. some diseases occur more frequently than others, according to the CDC. Reported cases of Lyme disease, anaplasmosis, babesiosis, and Powassan virus disease are concentrated in the Northeast, mid-Atlantic, and upper Midwest, with pockets of lower risk along the West Coast. 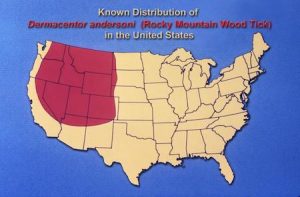 So what’s the best way to manage tick risk for you and your employees? Here are some summarized  recommendations from the National Institute for Occupational Safety and Health (NIOSH): 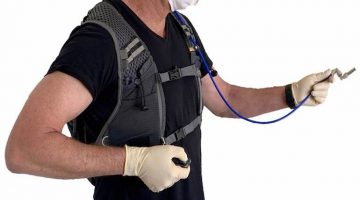 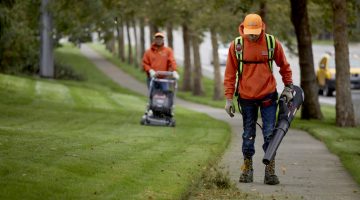 Keep Ticks Away From Buildings 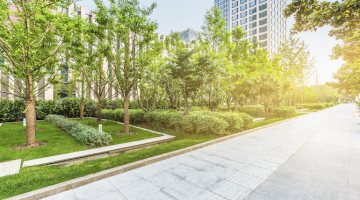