Most people would agree having large trucks and excavators going through the yard isn’t a good thing. For one client of Nature’s Perspective Landscaping the destruction of their yard turned into the gateway to several award-winning property enhancements. The latest: a new Chilton stone patio with jacuzzi, outdoor shower, fire pit, and small watercraft storage area on the shore of Lake Michigan. 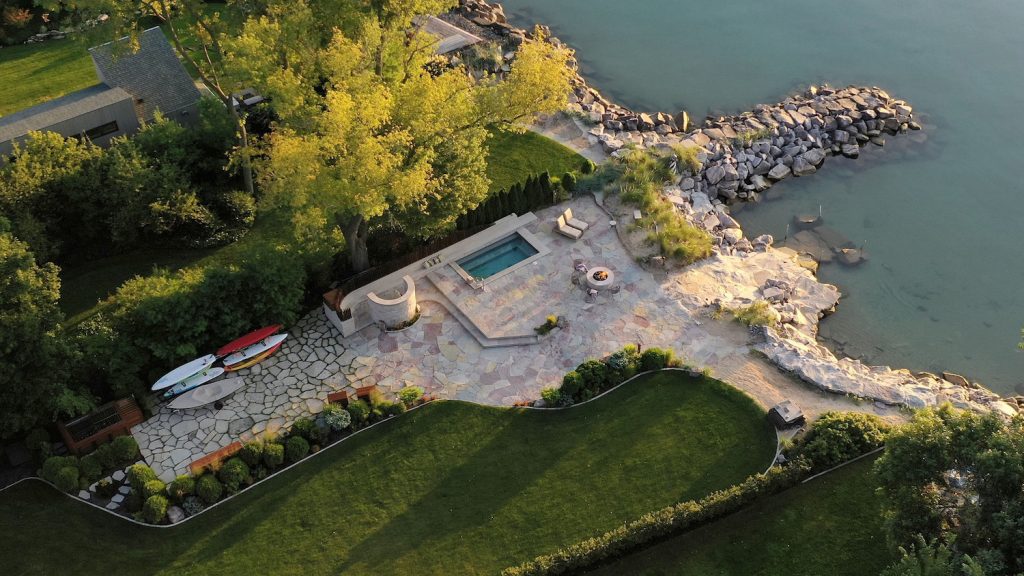 Paul Klitzkie, the general manager of the Evanston, IL company, explains that the property owners are long-time maintenance clients of Nature’s Perspective, and the company had won a previous award in 2016 from HNA for a clay paver driveway it had designed and installed at the front of the property. The Chilton patio is the latest project to be recognized by Hardscape North America (HNA) for its use of natural stone.

“Our bigger job was to get the area back together,” Klitzkie says. “We did some extensive grading but pretty much everything else is new.” 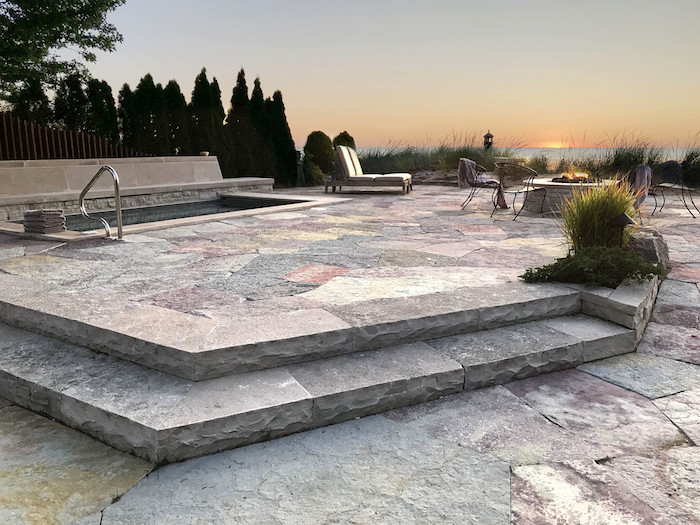 “The client had recently completed a large restoration project along the lakefront spanning several different properties,” explains Tim Benz, who worked with the owner on the design of the project. “Construction access to the lake had been through our client’s property, so the driveway, rear yard, and lake front had been damaged and needed to be restored.

“We wanted to use materials that were already present on the site,” Benz says. “The beach stone was a marine quartzite with a purplish hue, and in the back of the house there’s a crazy-quilt pattern patio made from some stone from Eden-Valders Stone [of Eden, WI].”

The choice of Eden-Valders’ product, Chilton Stone, was an easy one. The Chilton is known for its plum and lilac tones. Utilizing flagstone that was hand-fitted and sand-set, the company crafted a patio that morphs into storage for personal watercraft as it moves farther away from the lakeshore.

“Because of the water that will be pouring off these boats, we changed the pattern over the course of the patio,” says Benz. “Around the patio, it’s a crazy-quilt pattern with tight joints. With the boat storage, it’s more loosely laid so the water can get out of the area.”

Benz adds that most of the patio is Chilton stone in a crazy quilt pattern allows for tighter joints for the jacuzzi and shower area because the client wanted to be able to walk on it in bare feet without running the risk of stubbed toes. The one exception to the sand-set stone is in the area of the outdoor shower, which is one step up and mortar-set. The Chilton stone was also used for the firepit and large spa, with coping and the bench along one edge of the property machine-cut from Indiana limestone.

Repairing the lawn was another challenge, says Benz.

“The lake is about six feet lower than the highest point of the patio, and then the yard drops back down before rising again toward the house,” he says. “In the middle of construction, the vehicular traffic compacted the soil and turned it into a lake, so we did an extensive amount of remediation.”

The soil is quite sandy, and Benz says the main remediation was the installation of drainage and re-sodding.

Lawn repair (before and after)

“The client has had 13-foot waves crashing over the front revetment wall, washing up extensive amounts of sand from the beach area, but the Chilton stone is holding up beautifully,” Benz says. “Even with this extreme amount of water, the drainage system has been able to handle it and cope with the volume.”

Lighting was a very important element to include. Lighting for the project is a low-voltage system from Kichler Lighting Co. – the Design Pro Lighting System. With the Kichler system the property has a set number of lights illuminating specific areas such as the steps, shower, and patio area.

“We have a really nice aesthetic so at nighttime they can entertain,” Benz says of the clients. “We have a fair amount of lighting in the tree areas, as well. We created down-lighting to light the shower and the step areas. It’s also zoned so he can have complete customizability.”

Klitzkie says the job took approximately two months utilizing a crew of four and the division supervisor, with the bulk of the work beginning at the end of August and finished in the beginning of October. 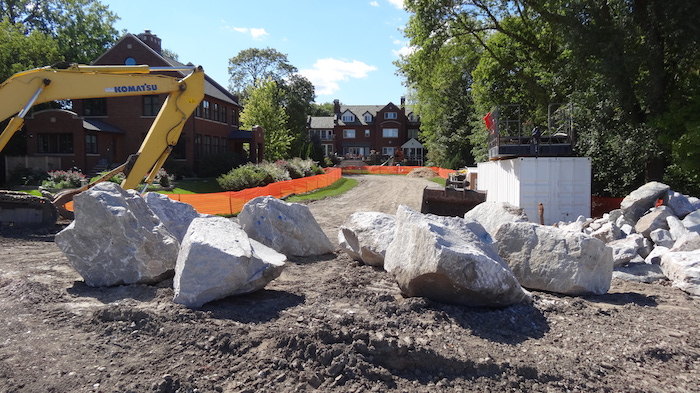 Despite the crew working with some flagstones that weighed as much as 500 pounds, Benz says probably the most challenging part of the job was the lake and Mother Nature. Klitzkie agrees, and explains it wasn’t uncommon for the lake to be calm at 8 a.m., only to have four- and five-foot waves crashing by mid-morning.

And, both men agree they’re most proud of the way the Chilton stone portion of the project turned out.

“The way our crew blended the natural colors is really quite stunning,” says Klitzkie. “I have some photos from a day when it was really wet, and the colors are just popping. Our guys were very artistic with it.”

Although one portion of the turf is engineered so that if the need arises in the future, there’s an access alley to bring in heavy equipment, Nature’s Perspective won’t have to wait that long to work on the property. Benz says the client has indicated a desire to do some additional work off the back of the house next summer, and he expects one of the more rustic-looking stones from Eden-Valders will play a role in that, as well.

Schipper is a writer and editor specializing in B2B publishing. She is a partner in Word Mechanics, based in Palm Springs, CA. Read other stories from this writer published by Turf.

Want to talk with fellow lawn care and landscape professionals about growing and operating your business? Join the discussions in the Landscape Design & Installation forum at LawnSite.com.

Next post Dogs Sniff Out Plant Disease To Save Florida Farms 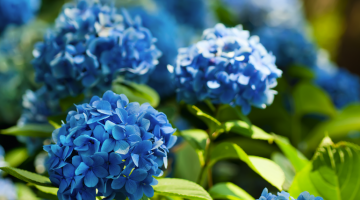