From the EditorKeeping It Green

Our Race to Lower the Bar

Keeping It Green By Ron Hall

The premiere event in field and track is the 100 meters. No other competition in the Olympics excites spectators more. The winner of the 100 meters is sometimes separated from the second place runner by thousandths of a second.

Experts in biomechanics marvel at how fast Bolt can sprint; they’re even more amazed at how fast he can accelerate. A mathematical model appearing in the “European Journal of Physics” calculated that Bolt achieves his “maximum power” just one second into a race and very soon thereafter reaches a speed of 40 feet a second. This is remarkable in that Bolt is 6-foot-5-inches tall. He is not cut from the cloth of the “perfect” 100-meter competitor. His size requires him to use more energy than shorter competitors to overcome the drag caused by wind resistance, said the article.

Even so, Bolt’s 9.58 100 meters will eventually be lowered. Then lowered again. The record for the sprint has been broken 23 times since Cary, now all but forgotten, turned in his 10.8. In the 113 years since, it’s been lowered by a mere 1.3 seconds.

At this point you may wonder what the progression of lower world record 100 meter times, occurring in ever smaller increments, has to do with the landscape and lawn service services that we deliver.

Is it too much of a stretch to suggest that what we charge for your professional mowing/maintenance services is in a similar downward trajectory? It’s not in free fall, but the direction is hardly encouraging.

Similarly, we also know that the Great Recession of 2008-2009 created market conditions that convinced many of those of us (or our competitors) with established and well-run construction firms to add mowing/maintenance divisions. This added to the competition for key accounts – and this at a time of slashed property maintenance budgets.

Predictably, the Recession with its worker layoffs also spawned a new crop of “gypsy” contractors working at whatever price property owners are willing to pay them. (Lest we forget: Many of us started the same way although generally when market conditions were more forgiving.)

So, how to respond to an ever-more-price-sensitive market, where property owners have essentially commoditized mowing/maintenance services?

Many of us responded by reducing waste, marketing and selling harder, demanding more production from our employees and seeking better deals from our vendors.

But, assuming we still can’t get what we consider to be prices more in line with the value of our services, the question becomes: How much more can we demand of our employees, our vendors and ourselves? How much more waste can we cut from our operations?

Like a world-class sprinter in training for the Olympics, it will take more and more of our efforts and creativity for smaller and smaller margins of victory. Does it sometimes seem to you that we largely have ourselves to blame for the pricing situation that we find ourselves in? 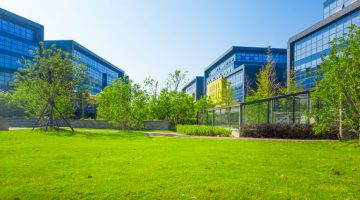