One of the most interesting aspects of the improvement in turf quality in the city of Colorado Springs is not some startling new technology. It’s not great innovation in management. It’s not a huge bump in funding.

Kurt Schroeder, who is parks, trails and open space manager for the city, says that it’s a simple device that’s been around a long time that has made turf management easier. It also has given the city higher-quality turf while using water more efficiently. The device is a fertigation injector. To be more specific, it was 65 fertigation injectors. The devices have brought precision fertility and water management to many of the city’s parks and given them a long-term improvement tool. The cost of the injectors is far offset by the end product: healthy turfgrass.

Schroeder manages almost 15,000 acres of city facilities, though some, like the 1,700-acre Garden of the Gods Park, are not all manicured. He has just over 1,000 acres of irrigated turf in 205 park properties, including sports complexes. There are 135 neighborhood parks and over 250 miles of trails.

“One of the things we’re always looking at is better ways of managing our turf,” Schroeder says, because growing quality turf in what is essentially a desert area is a real balancing act. The city utilizes primarily Kentucky bluegrass. During the period from late October to mid-April, when the irrigation systems are winterized and the turf isn’t growing, it is a critical time. During warm winter days the parks can be heavily used, and that grass must be “healthy and wear-resistant” in order to withstand this pressure.

“We’ve found that fertigation allows us to maximize that effort,” Schroeder says. It not only allows a precise fertility program to be utilized, but it also grows healthy turf that is resistant to drought and wear. It may actually require less water, though he can’t quantify that. There are other factors, too. Fertigation allows the department to use less labor to get the nutrition to the turf, while including all landscape plants in the fertility program.

His job became a lot easier when a company called Turf Feeding Systems contacted the city on a sales call four years ago. His irrigation/fertilizer system was in crisis because of the demands placed on it, water was being rationed, some parkland turf wasn’t thriving and he needed to find a way to adjust to this situation. He had heard of fertigation units being used on golf courses and decided to give them a try.

Michael Chaplinsky, president of Turf Feeding Systems, points out that the units tie in to the main water source to the irrigation system, and they contain metering devices and flow sensors that can gauge and control the concentration of fertilizer desired. Nurse tanks holding the nutrients can be small or large, buried or aboveground, but he says the tank normally should provide about 10 gallons of liquid fertilizer per acre of turf per month of use. Two months’ worth of fertilizer, at least, should be stored in order to cut down on the logistics of filling.

Remote filling lines can be installed for nurse tanks; otherwise, there should be easy access to the tanks. Liquid nutrients are required, though mixers can be purchased so that dry ingredients can be mixed on-site and utilized to fill tanks if a manager wants to go that route. Other companies, such as EZ-Flo and Dosmatic, offer similar systems.

The benefits touted by Chaplinsky are labor savings, uniform plant growth, uniform application to all water in the system, easy adjustability to meet unexpected increases or decreases in demand, ability to add organic components in addition to fertilizer, and budget savings with overall diminished water and chemical use.

“Most people overwater and underfeed,” Chaplinsky says. A fertigation system makes it easy to adjust to any needs, thereby targeting exact plant requirements. It ties into existing water controllers and irrigation lines to deliver the amount of fertilizer desired with any amount of water used. Vast amounts of water are not required to water in granular fertilizer. In multiuse situations, different devices or combinations of devices can be installed to meet any needs.

Schroeder points out that one of the biggest savings for his city crews is in labor costs. Not only do they not have to go out and physically apply granular fertilizer anymore on those parks, they don’t have to go in afterward and sweep the sidewalks and streets free of the scattered granules. He says that in the old days, those granules would be swept or blown into turf alongside paths and sidewalks, and the resulting turf overgrowth would necessitate extra mowing.

Another huge benefit has been the renovation of some problem turf that had declined because of heavy use, poor water quality and clay soils. One park in particular, Memorial Park, was looking pretty decrepit. TFS worked with the city to install fertigation and devise a fertility program that contained organic and microbial products that would combat salinity and loosen up clay soils.

Memorial Park has a lot of landscaping plants other than turf. Schroeder says that now all of the plants are fertigated, and the ornamentals are healthy and vigorous, too. He says they are on the same fertigation rate as the turf, and although he “could be more scientific” about nutrition levels on the ornamentals, the system is working well so far without adjustment.

“It’s the flexibility of the systems that is really beneficial,” Schroeder says. Fertilizer levels can be changed easily in response to weather or usage requirements. One field, for example, gets heavy use from sports teams and special events, and crews can boost nutrition before the event to give the grass some extra growth and prepare it for a beating. After an event they can boost nutrition to push regrowth, then dial it back to normal.

As far as labor goes, minimal training is necessary to utilize these systems. Schroeder says that sports complex crews manage and maintain their own fertigation systems, and only two people are required to take care of all the other systems around the city.

As for fertilizer rates, Colorado Springs uses the guidelines supplied by TFS as a starting point. From there, the city’s turf managers watch turf health and use their own experience to tweak the systems if the plants need more or less. Common N-P-K plant requirements can be met with liquid fertilizers, as well as any micronutrients needed. Fields to be restored go through soil testing that determines rates.

Possibly the greatest benefit of these systems to the city, Schroeder says, is that they give him the ability to grow healthy turf with the limited budget and amount of water he is given. He calls this “giving better value” to the customer, the citizens of Colorado Springs.

Next post Where Do You Fill Up Your Sprayers? 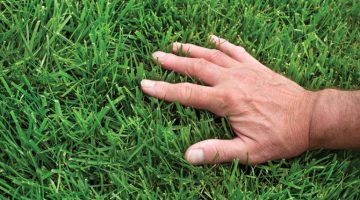 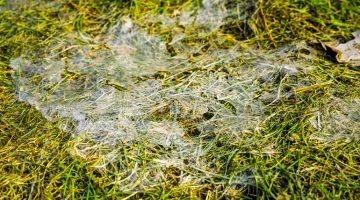