It’s summer’s peak and besides blazingly hot days, dry landscapes, and disease-carrying mosquitoes, there’s another troublesome issue to look out for: invasive Asian jumping worms. Here’s the dirt on them: Unlike other worms, generally known for their beneficial aeration and castings in man-made environments (like gardens and landscapes), jumping worms live in the topmost layers of soil, eating organic matter voraciously, ravaging the soil, and leaving behind dry, granular pellets with a texture like discarded coffee grounds that bears little nutrient value. This depleted soil is damaging to ornamental and garden plants, as well as inhospitable to many native plant species.

Though Asian earthworms were reportedly first seen as early the late 1800s, they’ve only been on scientist’s radar as problematic within the last 10 to 15 years, Bradley M. Herrick, a plant ecologist and research program manager at the University of Wisconsin-Madison Arboretum told the New York Times in an article published last week. Today, they are increasingly being seen in Upper Midwest and Northeast. Other identified areas have included Wisconsin, Oregon, Nebraska, Iowa, Minnesota, and Illinois.

Jumping worms are easiest to spot now since they reach their adult size in mid summer. At four to five inches long, the have a light colored, smooth ring (known as a  clitellum) that completely encircles their body. They have dry, brown bodies; thrash violently when disturbed; and tend to occur in large numbers. See the chart below from the Wisconsin Department of Natural Resources (DNR): 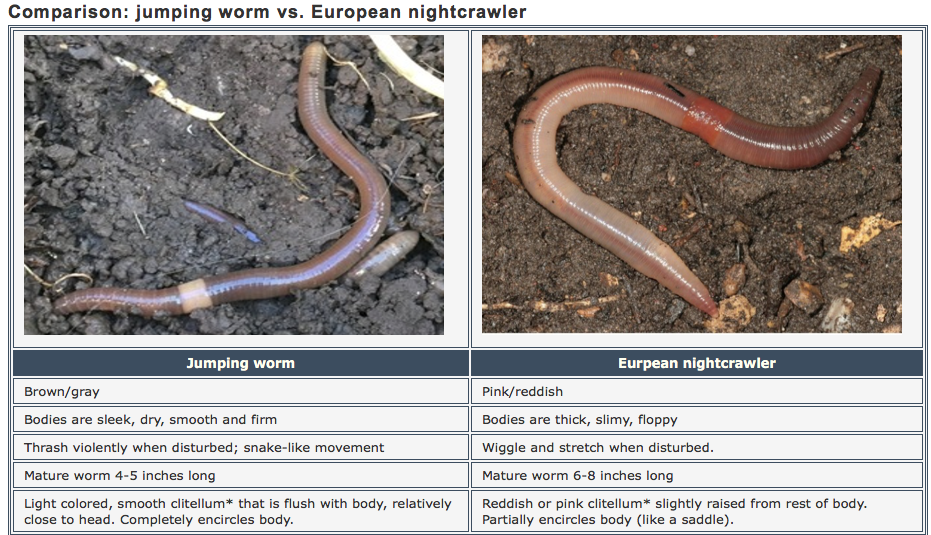 While the worms live and die in one season, the egg carrying cocoons are more problematic. Tiny, inconspicuous, and brown, the cocoons can overwinter for several years if necessary.

While the Times reports that different types of research to control the worms are underway including heat; plant-based chemical compounds called saponins; and fungi, what should you do if you discover jumping worms in a customer’s yard? According to information pooled from the Times, Wisconsin DNR, and the University of New Hampshire Extension: 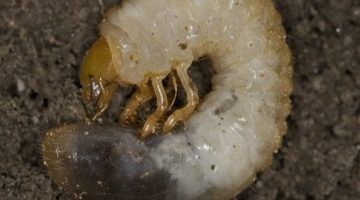 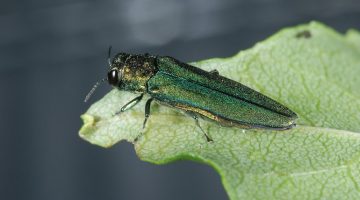