In an area that’s known for its rainfall, this paver installation was intended to solve drainage issues.

Sometimes even the simplest jobs can turn into logistics problems waiting to be solved. Take the project Portland, Oregon-based Eastern States Paving completed for the Firstenburg Community Center in Vancouver, Washington.

Imagine trying to machine-lay 45,000 square feet of permeable pavers for a facility that’s open for business from early morning until late at night and won’t consider shutting down for even the brief time required to complete the project. 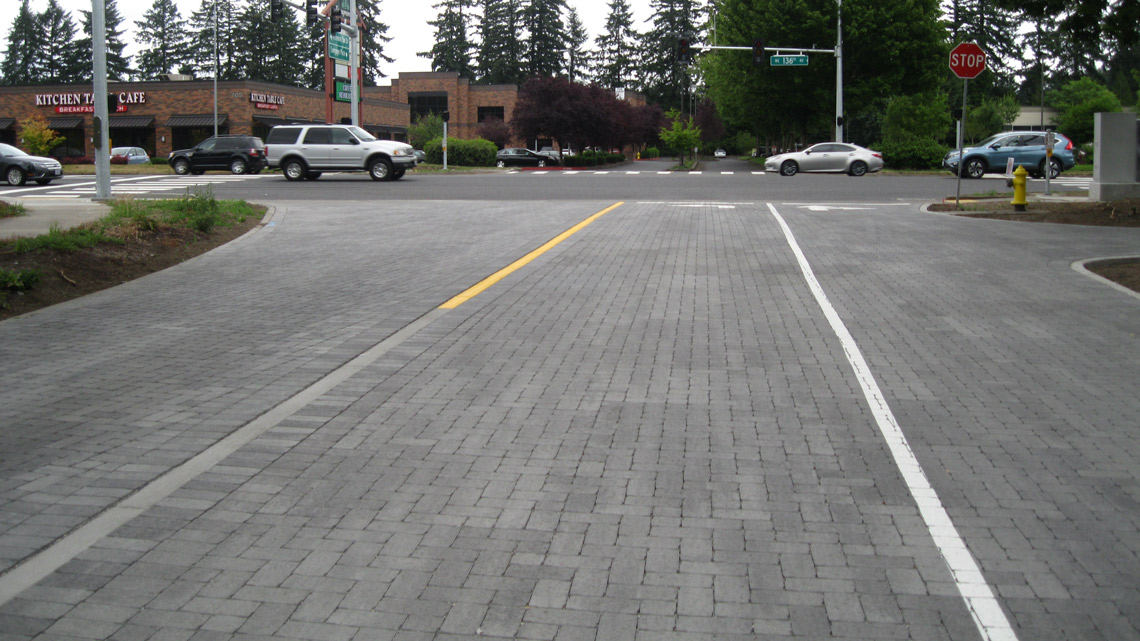 David Carlton, the project manager for Eastern, says the Firstenburg project went hand-in-hand with a second city of Vancouver project — the Vancouver Police Department East Precinct parking lot — that offered the same challenges but with slightly less than half the square footage.

However, Carlton says by working the two jobs simultaneously, his company was able to deal with the scheduling challenges both offered. 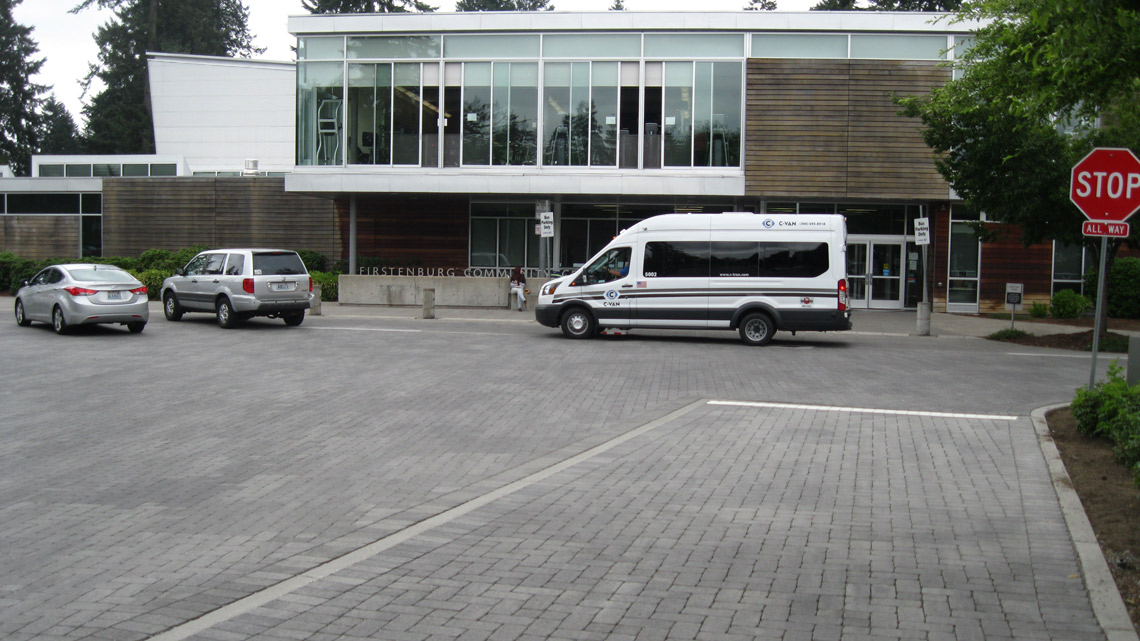 In an area that’s known for its rainfall, the jobs came about because the city was having problems with another permeable product.

“The job was a replacement of pervious concrete with permeable interlocking pavers,” Carlton explains. “The pervious concrete just wasn’t working; water wasn’t going through it. They even considered trying to clean it to get it to work. There were a whole bunch of different options on each project.”

As it was, Eastern States Paving worked as a subcontractor under locally based Keystone Construction, which served as general contractor for the project and executed all of the work — including demolition and concrete — except for the installation of the pavers.

“It was competitively bid by a number of contractors and subcontractors,” Carlton says. “We were the low bidder on the paver installation scope.”

He explains that to meet the client’s needs, both projects were divided into three phases.

“We would flip back and forth because both had only one entry point,” he says. “That made it a bit complex as far as keeping them open, not to mention getting the material in there. 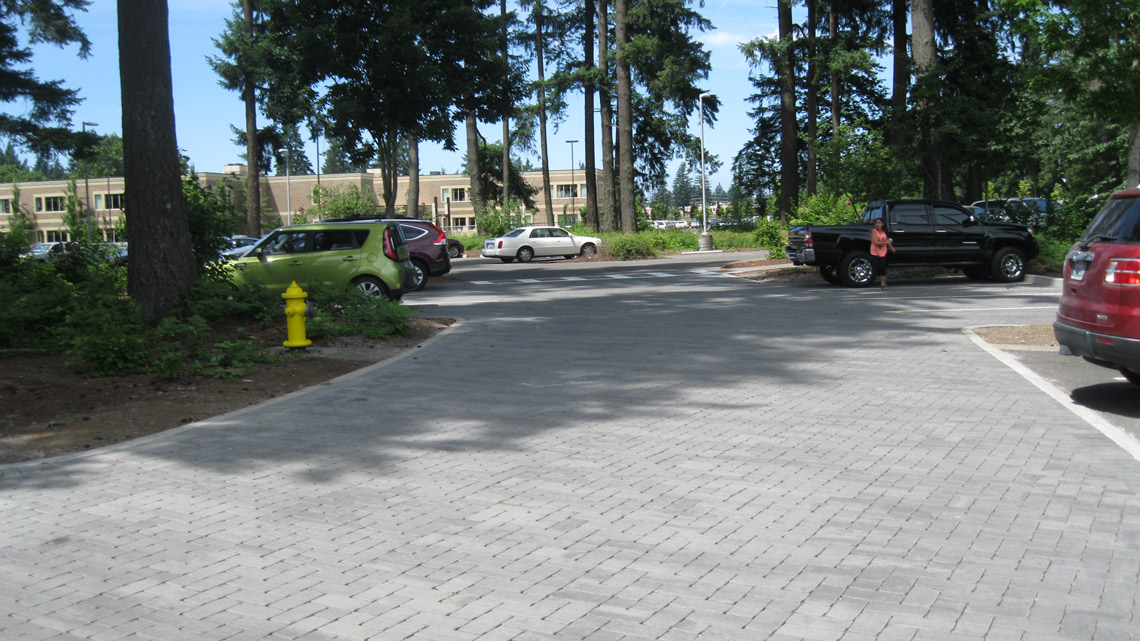 The project specifics involved laying permeable pavers from Willamette Graystone LLC over a bed of open-graded crushed rock with no fines. Carlton estimates it took 30 truckloads of product to complete the Firstenburg Community Center portion of the job, and that was the only part of the operation where the company worked around the center’s schedule.

“You can’t very well pull a truck in when you’re trying to maintain access,” he says. ”We had them come in at 5 o’clock in the morning and tried to get them unloaded and back out of there before people started showing up at 6 wanting to work out.”

Otherwise, the company maintained its normal 7 a.m. to 3:30 p.m. work schedule. Fortunately, he adds the two sites were only a few miles apart so moving men and equipment wasn’t a major headache. A crew of six men worked on both projects simultaneously. 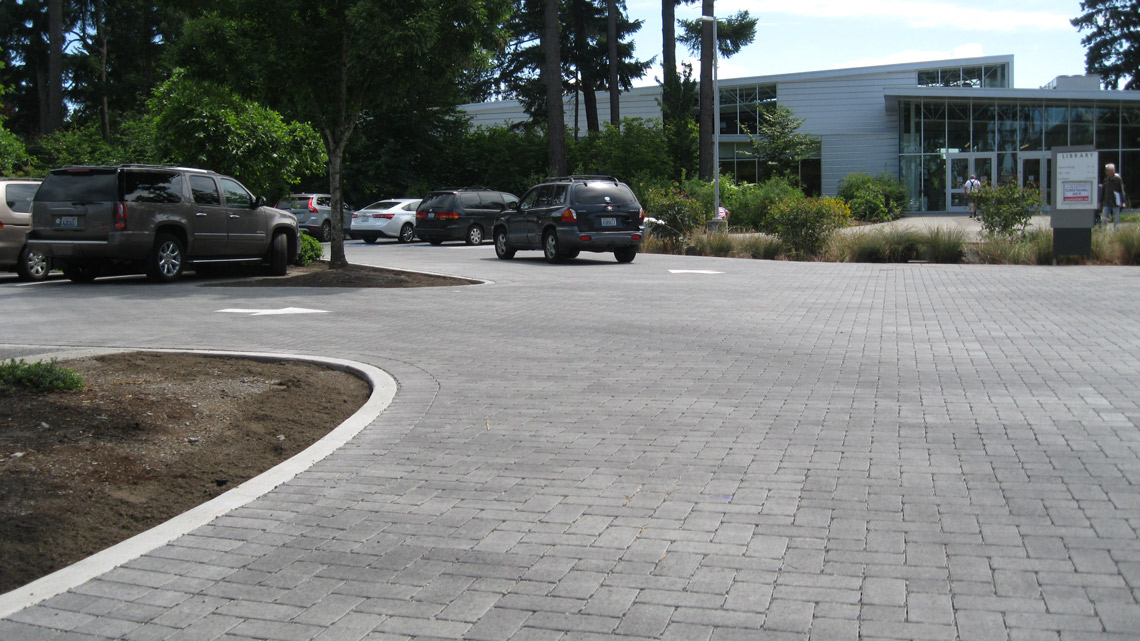 Aiding the work was the pouring of a grade beam down the center of the two-way traffic entrance onto the property. The grade beam served as a permanent edge restrain, allowing the contractor to install pavers on one traffic lane while leaving the remaining lane open for access.

As soon as the first lane received pavers, vehicles were permitted to use it and construction moved to the other lane.

Despite the logistics issues, Carlton says he’s most proud of the fact that the job was completed on schedule and under budget, even though there was some overtime involved.

“It was bid correctly,” he says. ”Still, it was definitely a different and unique one in terms of the entry roads. But, it was a successful project for us and the city is happy with it. They have a pavement surface now that’s going to be easier for them to maintain and the water will flow through it and off it.” 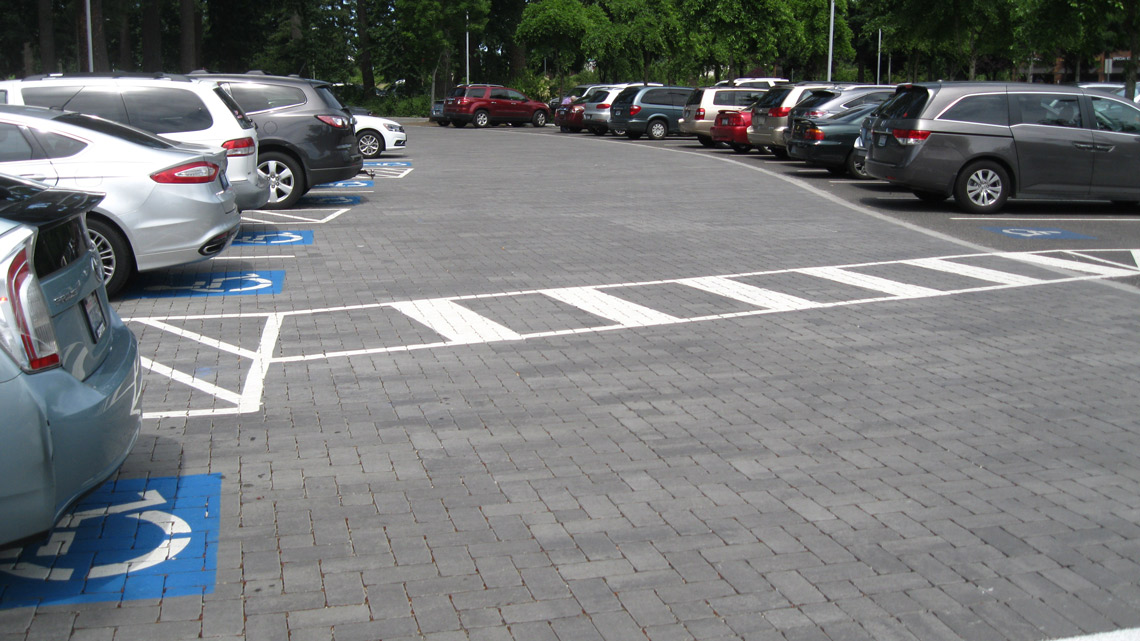 And, while Carlton says he can’t necessarily put a finger on any one thing he learned from doing the job, it may be the quality of his crew under adverse conditions.

“I have the utmost faith in our team to get it figured out and get it done,” he concludes. “My field crew is amazing, and this wasn’t anything that was too difficult for them.” 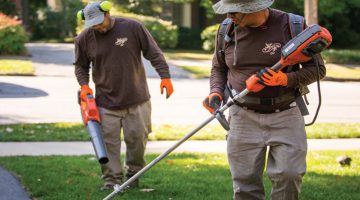