It seems only natural that a center dedicated to sustainability would opt for permeable pavers as part of its new facility.

However, in completing its part of the construction of the Barbara Cox Center for Sustainable Horticulture, the Casstown, Ohio-based Outdoor Enterprise LLC put on a multifaceted show of expertise.

Company owner Andy Lair says the greatest challenge his company faced was pulling together several different aspects of the project in tight quarters during the winter months. 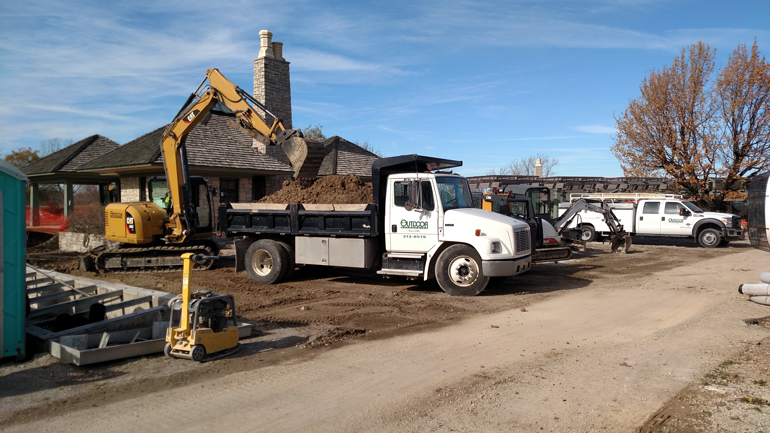 “We did the excavation, demolition, concrete flatwork and plumbing,” he says. “There was also some aluminum metal work involved in building some tree beds, and even some wood construction, as well as the retaining walls and pavers.

“We’re very proud of the team for being able to handle all those facets in-house efficiently,” Lair adds. 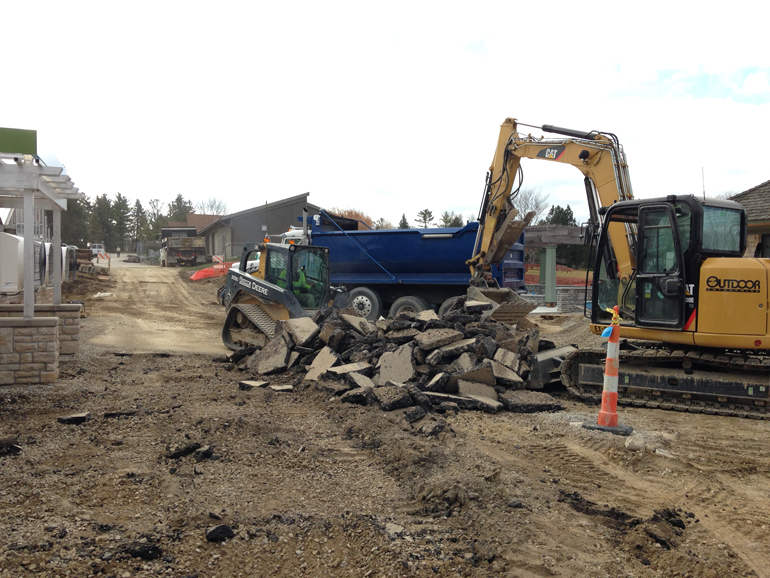 The Barbara Cox Center is the newest addition to the Cox Arboretum at Five Rivers Metro Park and was dedicated earlier in 2016.

Although Outdoor Enterprise is a design-build firm, Lair says in this case the design work was handled by Eric Sauer, the park planning manager, who also specified the materials for the job. Outdoor Enterprise was made aware of the project by Metro Park officials with whom the company had worked previously. 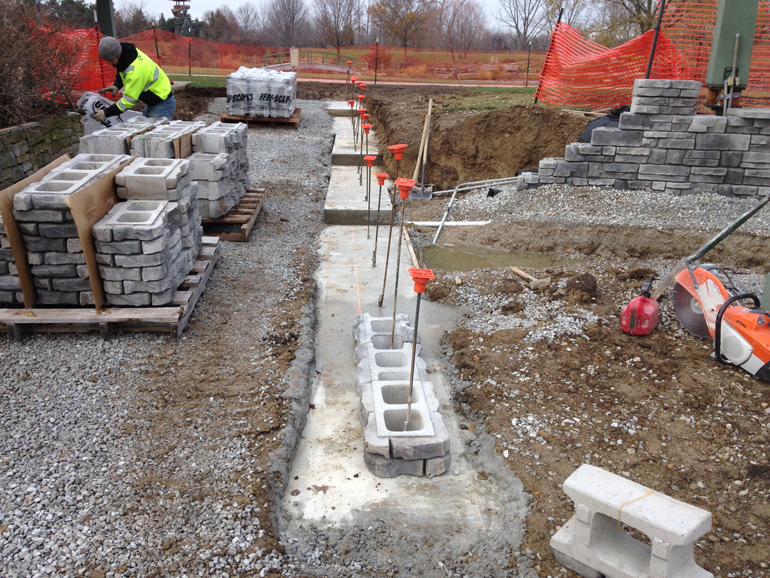 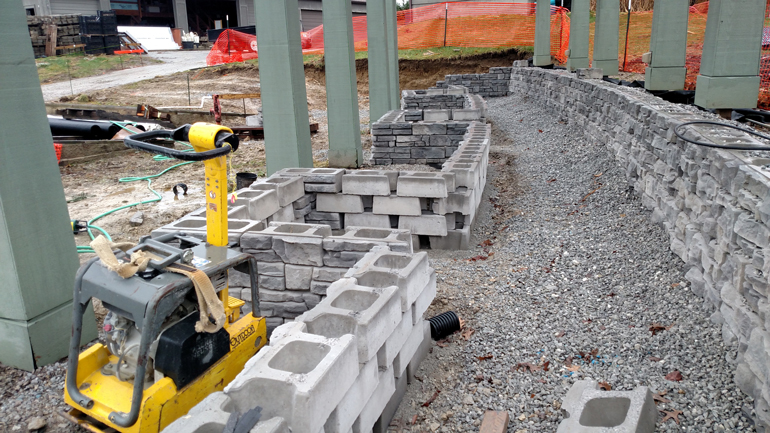 The scope of the project included not only 6,700 square feet of permeable pavers for a plaza, but 1,200 square feet of Redi-Rock retaining walls for some raised plant beds, including propagating beds, irrigation and drainage. One of the functions of the Barbara Cox Center is to rescue wildflowers when their habitats are disturbed due to development.

As part of the planting bed construction, Outdoor Enterprise was called on to build a concrete cistern and construct a closed irrigation system so water used in watering the beds could be reclaimed and recycled. 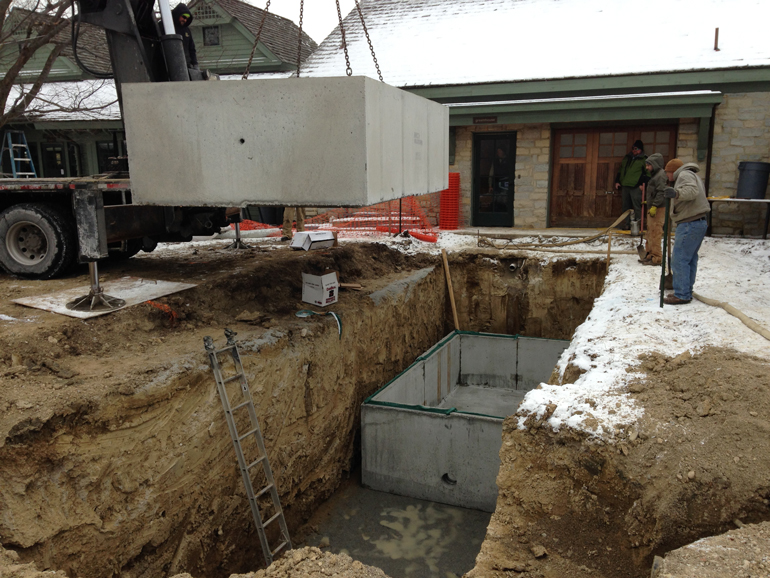 The project won Outdoor Enterprise the award for “Clay Brick – Permeable – Residential/Commercial” at the 2016 Hardscape North America show in October, and while permeable pavers come in many varieties, Lair says the project opted to use clay pavers from Whitacre Greer Company for appearance and durability.

“We’re big fans of the clay pavers because of the fact that they’re color-fast,” Lair says. “They hold their color indefinitely, as well as being very durable.” 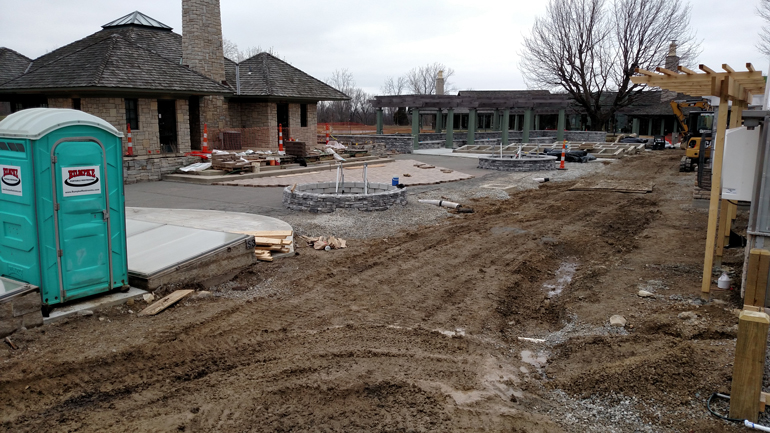 The pavers are set in a permeable system using small gravel that allows plenty of drainage. The colors used through much of the project were random, although the designer called for a herringbone pattern in the walkways.

“That took a lot of attention to detail to get them installed correctly,” says Lair.

Getting the job done right was even more of a challenge considering the work was done over approximately six weeks last winter.

“We didn’t bring in heaters,” says Lair. “We were able to work around the weather, you might say. We made sure things were done ahead of the freeze so we could keep working on other things after it froze.” 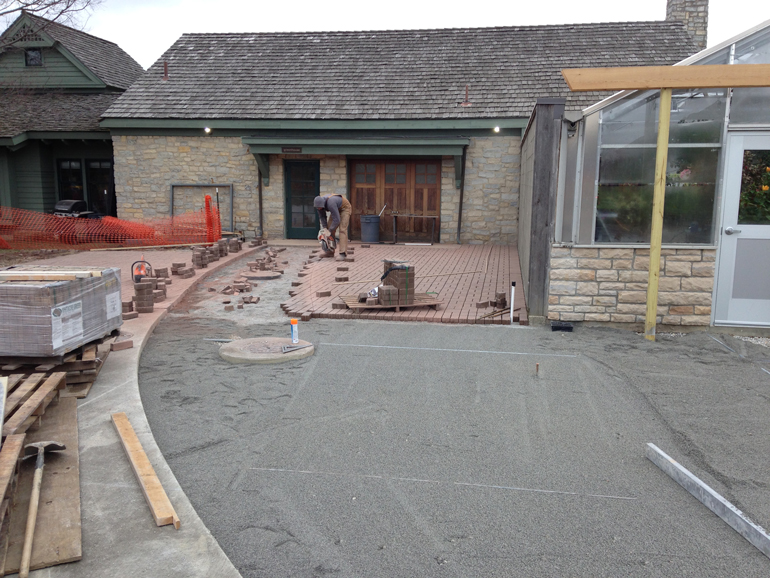 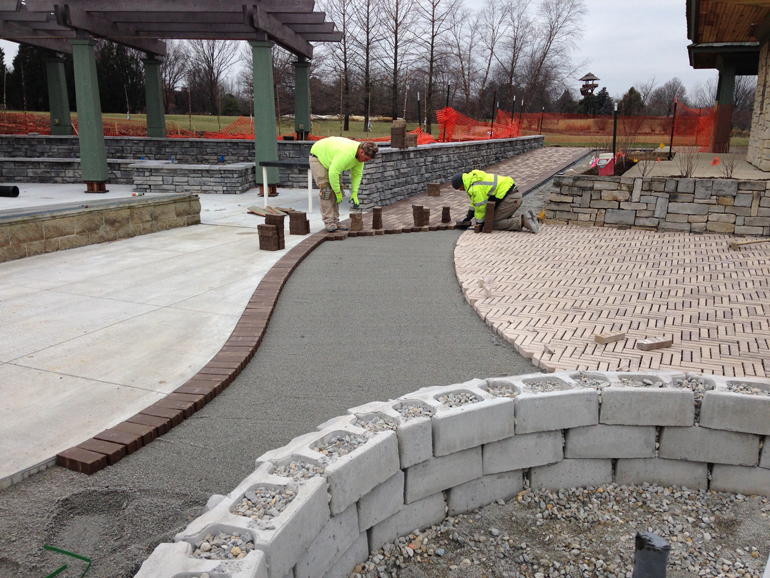 Outdoor Enterprise typically had a crew of three or four people at the site, and Lair says part of that was simply the men were working in tight quarters and were sharing some of the work space with another company installing greenhouses.

“There were a lot of things happening in a small area,” he observes. “As the company owner, I’m very proud of the efficiency and attention to detail our crew provided,” he says. “I’m especially proud of the fact that we were able to work through winter conditions and still maintain that efficiency for our customer.” 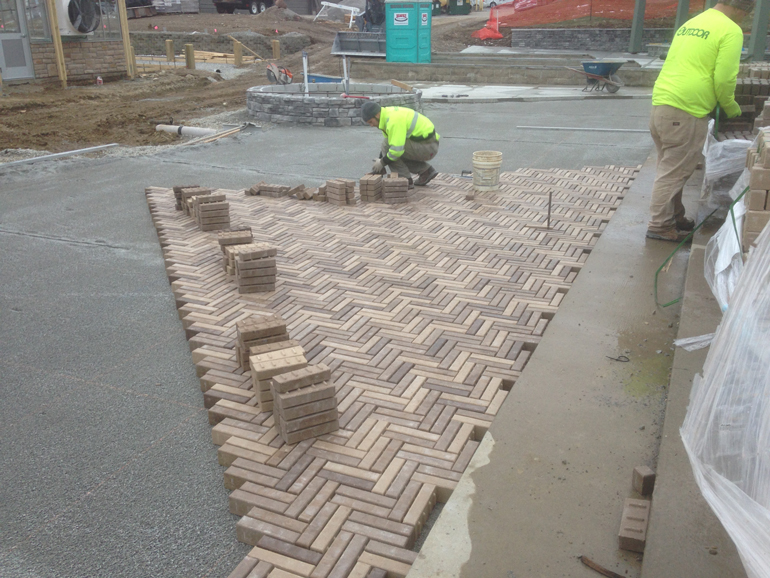 If there’s any one area that really stands out for him, Lair says it’s the paver plaza. “But, this is a wonderful facility and it’s a privilege to be involved in a big way on this project,” he adds.

Ultimately, though, he says the success of the project all goes back to his team. Asked what he’d learned from this particular job, he says it’s the way the crew handled adverse conditions.

“We really learned more about working through the winter months,” Lair concludes. “You know, where there’s a will, there’s a way. Just get going and figure it out.”