Pre-pandemic, the unprecedented 2019-2020 Australian bushfire season, which ran from June 2019 to May 2020, dominated global headlines. Colloquially known as the “Black Summer,” it had a devastating effect on lives, homes, and precious ecosystem. Here in the U.S., we battled our own raging fires in Oregon and California this past summer. Now, the scarred land, without the benefit of soil stabilizing vegetation, is vulnerable to mudslides.

Amongst the bad news, however, is an interesting bit of good news that speaks directly to the role landscaping can play in helping to manage wildfires. Recent research out of Australia commissioned by Hort Innovation for Turf Australia, the industry body of Australia’s turf production growers, found that living turf and green life can play active role in bushfire management. While the study focused on common Australian grasses, one can’t help but wonder if common U.S. grasses might yield similar results.

The study found that samples of three common grasses in Australian lawns—buffalo, couch, and kikuyu—are all highly resistant to ignition by embers. Further, even dead turf under severe moisture stress proved difficult to ignite in ignition experiments conducted at the CSIRO’s Pyrotron facility in Canberra.

The study saw repeated attempts to light the three species of grass under typical bushfire seasonal conditions. Various wind speeds were tested, as were different levels of leaf-blade moisture. After 221 ignition attempts in the Pyrotron facility only 14% of the samples were able to sustain ignition—and all occurred in dead grass with less than 20% leaf-blade moisture. No live samples sustained ignition.

Paul de Mar, natural resources and bushfire management consultant with GHD, which conducted the research, said the results are clear. “These findings tell us that watered and mowed live turf lawns are not combustible under natural conditions associated with bushfires. Even lawns that are drought-stressed but provided with just enough watering to keep them alive, are highly unlikely to ignite and sustain fire spread. Essentially, for a lawn to ignite and sustain fire spread it needs to be dead and subject to extremely low moisture content” he said.

“The findings also reinforce what has been known anecdotally for some time. It is common in post-bushfire impacted areas to observe green, or partially green lawns remaining largely undamaged by fire surrounding either unburnt houses, or burnt houses where airborne ember attack has directly impacted the house but the surrounding lawn remains unburnt.

“Similarly, it backs up the long-held operational knowledge of firefighters; that lawns are useful both to mitigate fire spread, and for providing defendable space near houses. Lawns and walkways are a form of firebreak which interrupt the path of surface fire spread. They can’t stop airborne embers, but they can provide defendable space from where such embers can be safely put out.”

The use of fire-retardant trees in bushfire prone areas is also beneficial if placed in appropriate locations. Trees with the best fire-retardant properties are those with soft or fleshy leaves, with a high moisture content, tightly held non-fibrous barks, and low in volatile oils. In Australia, the Lilly Pilly, native frangipani, native figs, saltbushes, butterbush, or kurrajong trees all have fire retardant properties.

Garden plants, many also common in the U.S., such as camelias, rhododendrons, frangipani, hibiscus, succulents, and many fruit trees, as well as hedging plants such as photinia and viburnum are also suitable.

However, trees and shrubs with dense foliage that retain lots of dry or waxy leaves, needles, twigs or other readily flammable material, have loose flaky or fibrous bark, or which have dense, fine foliage with a low moisture content should be avoided in bush fire zones.

It’s important to remember that firewise landscaping reduces fire risk best in combination with other important actions—like removing combustible materials, dead plants, and leaf litter from around your home, roof, and gutters. “There are other things to consider when developing a bushfire plan whether it be for a home or business, including selection of fire resistant building and landscaping materials, and evacuation planning,” says DeMar. “However, the role of greenlife and turf in fire-wise design creating defendable space cannot be understated.”

In Australia, the nursery industry is investing in natural disaster management through its  Nursery Industry Natural Disaster Risk Mitigation & Recovery Plan (NY18008) project. The project uses insights from production nurseries to develop checklists, risk maps, and business continuity templates to aid nurseries and their customers in the preparedness, recovery, and resilience toward natural disasters and severe weather events.

Turf Australia represents turf growers throughout Australia. Through strong arguments based on scientific research, we demonstrate that turf has an important role to play in managing the impacts of climate change and supporting health and wellness.

For a Fact Sheet on the benefits of natural turf as a bushfire/wildfire retardant, click here. 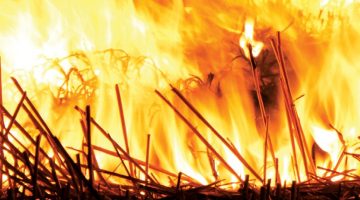 How Is Your Company Helping During The COVID-19 Crisis? 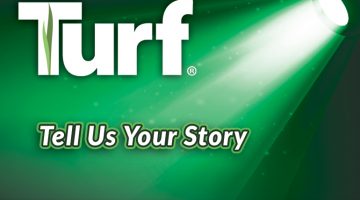