The green industry's transition to water-conserving landscaping is more than a trend.

El Niño came and dissipated with summer’s arrival. It brought rain to California this past winter and spring, as anticipated. But it didn’t deliver as much as state officials had hoped. El Niño, however, rebuilt the mountain snowpack to normal levels and partially refilled reservoirs. Most of the precipitation fell in the state’s northern half, not in populous and arid Southern California.

In spite of El Niño, California’s water situation remains precarious because of the state’s economic vitality and its continuing growth and development. California, with 37.2 million residents, is the most populous state in the U.S., and is expected to reach 40.6 million residents by 2020 and almost 50 million by 2050. This growth is creating ever greater demands on the state’s freshwater resources. 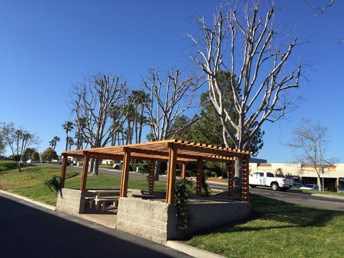 California native plants that are droughttolerant, and other Xeric ornamentals, are now well-stocked and promoted at nurseries in the Golden State.

California realizes its future hinges on ensuring its water resources. And most Californians support the concept of water conservation, even if they don’t actively practice it.

California’s vibrant landscape industry leads the charge in promoting urban water conservation, and is very much in transition. One of the largest manifestations of that change is the impact that the state’s water conservation efforts have on turfgrass. The rapidity with which contractors are reducing the size of lawns or replacing them with beautiful landscapes requiring less (or no) supplemental irrigation is evidence of this transition.

That change is now apparent at every level of the green industry supply chain. Nursery and garden centers now actively promote water-efficient landscaping and are stocked with drought-tolerant California native plants and other xeric ornamentals.

That’s not to say the state’s turfgrass industry is dead; it’s not. Lawns still grace many maintained properties. The owners of these properties are being incentivized to upgrade their irrigation systems. The huge Southern California Water Authority (SoCal), serving 19 million residents, continues to offer financial rebates to property owners to upgrade irrigation system components.

But the days of every property owner owning and maintaining a lawn seem to be long gone thanks to water authorities’ turf-removal programs. Some water agencies continue to offer financial incentives for property owners to replace their lawns, and some are cutting back, mostly due to lack of funding. For example, SoCal says only six cities in its network still offer turf-removal rebates. 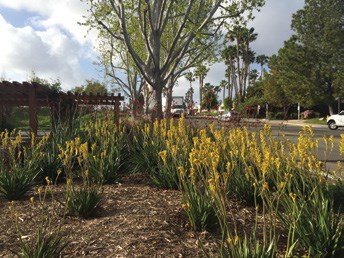 While California contractors have been designing and installing stunning arid landscapes for decades, the brutal 2012 through 2015 drought years (like no other previous dry period) really caught their attention, especially after April 1, 2015. On that date, Gov. Jerry Brown ordered cities and towns across the state to reduce water usage by 25 percent. This prompted local and regional water authorities to dramatically step up efforts to reduce the amount of urban water used for landscape irrigation.

The response by water authorities wasn’t totally unexpected. Landscape irrigation is one of most visible and easiest water-using targets on water regulators’ hit lists. Most visible, yes — but the water lost to inefficient landscape irrigation pales in comparison to water wasted in agriculture. When it comes to political clout, few industries are as powerful in California as agriculture.

California boasts 75,000 farms and ranches covering about 5.7 million acres, producing almost two-thirds of the nation’s fruit and nuts, and one-third of its vegetables. California’s agriculture industry is the largest in the U.S. and generates almost $100 billion. Because of its size, when agriculture speaks, rule-makers listen.

California’s cities and towns account for about 11 percent of the state’s water usage. Compare this to agriculture’s share, which can fluctuate from 29 to 80 percent depending upon rainfall, according to Blaine Hansen, University of California-Davis. During the height of the drought in 2015, agriculture required 80 percent of the state’s available surface and groundwater, according to multiple sources. Much of the state’s agriculture still relies on inefficient canal irrigation. Industry water critics also point to the acreage farmers plant in high-water-use but low-margin crops, such as alfalfa.

Fetting back to landscape water availability, this spring California suspended its mandatory 25 percent reduction by cities and towns as a result of a significant reduction in urban water use last year.

Instead, regional and local water authorities are now being allowed to set their own reduction guidelines based on their unique water supply conditions.

The state will review the projections to make sure communities make realistic efforts to control water waste. If they don’t, the state said it would again implement statewide reductions.

California is faced with difficult and expensive choices in ensuring its long-term water future. But first it has to get through 2016, which promises to be a challenge in and of itself.

Next post Ask: Why Didn’t I Close that Sale?