“Come senators, congressmen
Please heed the call
Don’t stand in the doorway
Don’t block up the hall
For he that gets hurt
Will be he who has stalled
There’s a battle outside
And it is ragin’
It’ll soon shake your windows
And rattle your walls
For the times they are a-changin’.”
—Bob Dylan, “The Times They Are A-Changin”

Songwriter, singer, artist and author Bob Dylan shared these lyrics more than a half-century ago. Consider how presciently they describe what the new administration’s agenda is shaping up to be when it takes the reigns. If campaign promises mean anything there’s going to be change in our nation’s capital. Big change.

Some of this change will impact our green industry, especially the redirection of the U.S Environmental Protection Agency (EPA), one of President-elect Donald Trump’s biggest targets.

Trump, in campaign appearances leading up to November election, promised to dramatically cut funding for the U.S. EPA.  During a GOP campaign debate in March he promised to “get rid of [EPA] in almost every form. We are going to have little tidbits left but we are going to take a tremendous amount out.”

He has also gone on record several times calling global warming “bullshit.” He said he will cancel the Paris Climate Accord, which was signed by 195 countries in 2015 in order to reduce global carbon emissions. So it was hardly a surprise when he recently chose climate-skeptic Myron Ebell to lead his EPA transition team. Ebell is director of Washington D.C.-based Center for Energy and Environment at the conservative Competitive Enterprise Institute. Ebell has said that the EPA claims regulatory authorities “far beyond its legal authority.”

Trump’s election caused an almost immediate collective shutter within the EPA, according to an article posted by Environmental Newsstand. The headline of the article reads: EPA Staff Morale Plummets Due To Uncertainty After Trump Election Victory.

“Several EPA employees say that morale at the agency has taken a significant downturn due to the uncertainty about President-elect Donald Trump’s plans for the agency, charging that the Republican’s campaign trail threats to eliminate or curb the agency and undo major Obama EPA rules is creating unease among staff,” the article says. EPA staffers expect the incoming administration to rollback a host of environmental and climate rules and curb enforcement.

“Around the agency, it’s like a funeral,” one EPA source is quoted in the article.

Some staffers are shifting their sails, digging in and hoping to survive whatever comes next in terms policy change. Other EPA employees nearing retirement age might just pack it up and leave the agency, especially if the Republican-led Congress is successful in reducing the EPA’s budget, reports environmentalnewsstand.com.

The EPA, which began operation in December 1970, after President Richard M. Nixon signed an executive order, has since grown to more than 15,000 employees in Washington D.C. and 10 regional offices. The Agency has an annual budget of more than $8 billion. It’s stated mission is “to protect human health and the environment.”

Many green industry business interests have been critical of EPA regulations and enforcement activities, especially in regard to chemical (i.e. turf/ornamental pesticide availability and use) and water rules.

Next post How to Win in the Senior Landscape Market 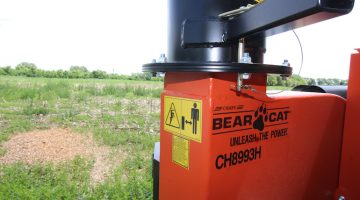 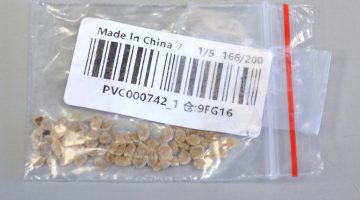