The House Appropriations Committee has adopted an amendment to extend the returning worker exemption to the H-2B legal immigrant guest worker program.

If the worker exemption provision makes its way into the budget later this year, it will allow nonimmigrant workers who have received H-2B visas the three previous fiscal years to return to the U.S. without being counted against the H-2B visa cap of 66,000 established by Congress 25 years ago.

The National Association of Landscape Professionals and AmericanHort, two of the country’s largest green industry trade groups, supported the H-2B Workforce Coalition in seeking the amendment’s adoption. The landscape industry is the largest user of H-2B workers, although many other seasonal industries rely on them, too.

Exemption supporters mounted an energetic campaign (calls, tweets, emails and personal visits) to educate House Appropriation Committee members to the need for the worker exemption in the U.S. economy.

“This crucial element of the H-2B program will keep American small businesses open and sustain American jobs,” said the H-2B Workforce Coalition in thanking its members for their efforts on the amendment’s behalf.

“We applaud the committee members who were able to see through the rhetoric, understand the tremendous value of the H-2B program to American businesses, and recognize without the flexibility this amendment will provide to U.S. employers, many businesses would be forced to cut contracts, scale back businesses or take other actions that place full time American jobs at risk.”

The H-2B worker exemption is not without its powerful critics — both within Congress and by a mix of organizations — as evidenced by the more than 29,000 faxes opposing the amendment sent by NumbersUSA to members of Congress.

Washington-based NumbersUSA claims to be the nation’s largest grassroots immigration-reduction organization with more than 4 million participants in all 435 congressional districts.

The House voice vote in favor of the worker exemption amendment was an important step (but just a step) for its eventual inclusion in the next appropriations bill as Congress returns to the budgeting process later this summer.

Previous post How Will We Embrace the New Industrial Revolution? 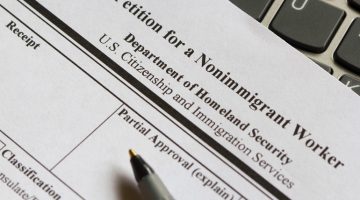