Wageningen University in The Netherlands recently appointed Dr. Bernd Leinaur at New Mexico State University to its Endowed Chair for Sustainable Turfgrass Management. It’s the first time this special appointment has been made by the university. As part of his five-year, part-time appointment, Leinauer will provide turfgrass research expertise, co-teach courses related to sustainable turfgrass management, and supervise one doctoral student and one or two master of science students. He will spend approximately 50 days per year at Wageningen.

Palm Beach Passes Gas-Powered Leaf Blower
The town council of this swank ocean-hugging community in southeast Florida in mid April passed a ban on noisy gas-powered leaf blowers despite landscapers’ warnings that the prohibition is a mistake, reports the Palm Beach Daily News. The ban applies to all properties smaller than an acre. The larger properties, many of which are multi-residential buildings, have said they need the more efficient gas-powered blowers and that noise complaints haven’t been a problem for them. Landscape company owners urged the council to step up enforcement of its noise ordinance instead of the ban, which they said will force the companies to invest in battery-powered or electrical blowers. Kirk Carlson of Armstrong Landscape Group said field-testing of 36 battery-powered blowers showed only 10 were below the town’s 65-decibel noise limit.

H-2B Visa Workers Sue Tennessee Landscape Firm
A Guatemalan man and two of his former co-workers, working with H-2B visas, have filed a federal lawsuit against a Tennessee landscaping company, accusing the firm of trafficking immigrants for forced labor, reports the Associated Press. One man said he was treated like a servant and threatened with deportation if he complained about working conditions at Outdoors Unlimited landscaping company in Murfreesboro, about 35 miles southeast of Nashville. The men claim they were taken to work sites six days a week but had no way to get to a shop to buy food. They also say in the suit that they routinely worked 60 hours or more per week but were not paid for all their labor. The company deducted $200 per month for housing and utilities. In legal filings, the company has denied that the men were cheated out of any wages. A trial has been set for March 2018 in U.S. District Court in Nashville.

Toro Lands City of Mesa of Arizona Contract
The Toro Company has been awarded a new cooperative purchasing contract from the City of Mesa, Arizona, for use by all municipal agencies and other authorized users. The equipment includes a full line of products from commercial turf care equipment, irrigation solutions, construction equipment and landscape contractor equipment. The cooperative National Intergovernmental Purchasing Alliance is marketing the contract nationally. This national cooperative contract is a single award, which offers lower costs plus time and resource savings to participating agencies nationwide. The cooperative purchasing agency works with more than 48,000 entities across the United States and strives to provide economical buying opportunities for their members. The contract officially went into effect on April 1, 2017.

Equipment Dealers Embrace Propane Equipment Dealer Point
In just six months, nearly 500 outdoor power equipment dealers have been added to Propane Equipment Dealer Point. The free, searchable database, at propane.com/dealer-point, allows landscape contractors to find local, knowledgeable dealers committed to selling propane mowers. The tool was launched in summer 2016 by the Propane Education & Research Council and continues to grow by the day. Every equipment dealer listed in the database is vetted by a series of questions prior to being listed so contractors know they are contacting a dealer with a legitimate interest in selling propane equipment in addition to an ability to answer their questions about the fuel.

NCNLA Names Hannah Singleton as Professional Development Manager
The North Carolina Nursery & Landscape Association, Inc. has announced Hannah Singleton as the organization’s new Manager of Professional Development. A native of Goldsboro, North Carolina, Singleton is a 2014 graduate of the University of Mount Olive with a Bachelor of Science in Agricultural Education and a minor in Psychology. Singleton will assist NCNLA with inbound sales; account management; social media marketing; hands-on plant identification, tagging and quality control; and job costing. She had previously taught Horticulture and Agriscience at West Cateret High School in Morehead City, North Carolina.

Congressman Introduces SEASON Act to Help Seasonal Businesses
Small Business Committee Chairman Steve Chabot (R-Ohio) has led the introduction of legislation essential to providing relief for small and seasonal businesses that are suffering under a lapse in the H-2B visa program. H.R. 2004, the Strengthen Employment and Seasonal Opportunities Now (SEASON) Act. The SEASON Act clarifies the role of temporary legal workers in the American economy, who are in no way seeking or becoming qualified for permanent legal status or residency in the United States under an H-2B visa. The bill stipulates that a returning temporary alien worker can receive an H-2B visa in subsequent, consecutive fiscal years without being counted towards the annual statutory cap, allowing businesses to meet labor demands during their peak seasons.

Previous post Assess Your Winter Technology Investments In The Spring 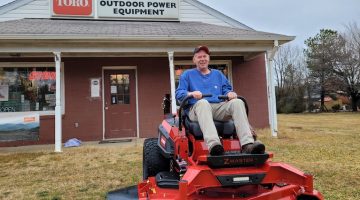 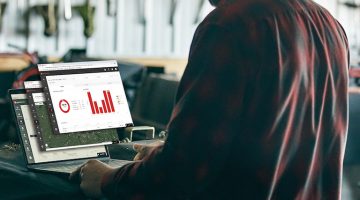 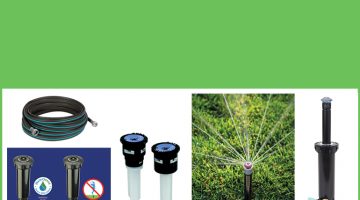