Conserva Irrigation Expands National Franchise Presence
Conserva Irrigation announced on July 31 that it’s actively seeking potential franchise candidates to expand the brand’s national footprint. Conserva Irrigation is the only irrigation company built around a franchise business model targeting the repair and maintenance of both commercial and residential sprinkler systems. Conserva Irrigation currently operates in 32 territories around the country. Conserva’s franchisees will benefit from the company’s exclusive use of products from, Toro. Other brand partners include SiteOne Landscape Supply and HindSite Software.

Ewing Irrigation and Upstart Products Announce Merger
Ewing Irrigation & Landscape Supply and Upstart Products, Inc. announced a merger expanding their product offerings and services to professional landscape contractors, golf course superintendents and other industry professionals. Upstart has served the golf industry in Florida with sustainable fertilizers, soil amendments, plant nutrients and more for more than 20 years. Through this merger, Upstart customers will have access to a full line of irrigation, landscape and specialty products as well as additional Ewing services, such as open warehouse shopping, product delivers and online services. Ewing, which currently has over 200 stores, will be investing in facility upgrades to the current 8,000-square-foot Upstart headquarters in Titusville, Florida.

Scotts Quarterly Results Beat Analysts’ Estimates
Scotts Miracle-Gro Co. announced its most recent quarterly financial results on August 1. The company said it had a profit of $2.63 earnings per share for the quarter. The results exceeded Wall Street expectations beating the analyst consensus estimate by $0.12. Analysts had a consensus of $2.51. The company posted revenue of $1078.00 million in the period, compared to analysts’ expectations of $1056.74 million. Scotts’ revenue was up 8.5 percent compared to the same quarter last year. During the same quarter in the previous year, the company posted $2.16 EPS.

Farwest 2017 Keynote Speaker Will Be Terri McEnaney
Terri McEnaney, President of Bailey Nurseries, will deliver this year’s keynote address at the 2017 Farwest Show, August 23-25, in Portland, Oregon. McEnaney will speak on Wednesday, August 23, at 11a in Room C123-124. Her talk, ‘Connections: Cultivating Your Company and Your Professional Life,’ will discuss relationships between growers and individuals as
well, as key drivers for a thriving horticulture industry. Through her experience as the leader of a 112 year-old 5th generation family-owned company, she will stress the importance in forging connections throughout one’s career to drive professional and business success. She has served on the Board of many notable organizations, including, among others, AmericanHort, Horticultural Research Institute, and HRI’s Seed Your Future Initiative.

The 2018 ASIC National Conference in Quebec
Make plans now to attend the 2018 ASIC National Conference. It will be March 4-6, 2018 at The Fairmont Le Château Frontenac Hotel in Quebec City, Canada. It is aimed at irrigation professionals serious about taking their career to the next level where they can attend educational sessions, network with fellow irrigation professionals, check out the latest products and earn CEU credits. Registration will be open in December 2017.

Durante Rentals Announces New Connecticut Store
Durante Rentals LLC has opened the doors to their eighth store at 108 Federal Road in Danbury, Connecticut. While this is their first location within the state, Durante Rentals has always serviced upper Connecticut and it’s many contractors from their Brewster and Carmel hubs in nearby Putnam County and lower Connecticut from their Flushing, Queens branch. Durante also has locations in the Bronx, Elmsford, Mt. Vernon, and West Nyack. The Danbury location will offer an assortment of tools and equipment for rent and retail for construction, industrial, landscape, and homebuilding applications.

ASLA Quarterly Survey Uncovers Bright Spots for Landscape Architecture Firms
General business conditions contained some bright spots for landscape architecture firms during the second quarter of 2017, according to the latest American Society of Landscape Architects’ Business Quarterly survey. Firms reported a jump in billable hours, although inquiries for new work dipped slightly. Plans to hire remained steady. Firms continue to experience stability as they enter the third quarter of 2017, according to a multi-year comparison of survey results. The survey found 85.1 percent of firms reported stable to significantly higher billable hours, a big jump from the 75.8 percent the previous quarter. Some 83.1 percent answered that inquiries for new work were stable to significantly higher during the second quarter of 2017, a dip from the previous quarter (85.4 percent). Some 57.9 percent of firms with more than 100 employees also say they will hire either an experienced landscape architect or an entry-level landscape architect. 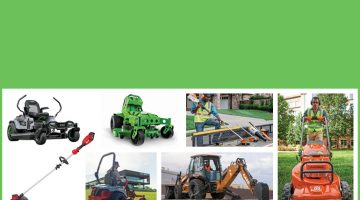