John Deere celebrated the achievements of the team at the Turf Care manufacturing facility last week, as it commemorated its 20-year anniversary. Located in Fuquay-Varina, N.C., the 335,000-square-foot Turf Care facility first opened in 1997, producing Light Weight Fairway Mowers (LWFM). Over the next 20 years the facility would introduce several new commercial and golf mowing innovations, becoming an important manufacturing hub for John Deere commercial-grade production. The Turf Care facility, which also operates a 320,000-square-foot distribution warehouse in Benson, North Carolina, is not only heralded for its production records, but also for its dedication to employee safety and giving back to the local community. With this 20-year anniversary, John Deere honored 19 employees who have worked at the facility since the doors opened in 1997.

Since the production of the first LWFM, the Turf Care facility has introduced more than 15 products into production, and celebrated significant milestones along the way:

IA Brings Irrigation Curriculum to Elementary Schools
The Irrigation Association’s first elementary school lesson plan got its initial rollout. The IA distributed the curriculum to more than 10,000 schools in four states: California, Florida, Texas and Nebraska. Focusing on grades three through five, the curriculum’s activities take the student on a journey through the history and benefits of irrigation, including both agriculture and landscape. The IA collaborated with Young Minds Inspired to develop the curriculum, relying on the IA for irrigation-related information and YMI for translating irrigation facts and benefits to rewarding and educational activities for elementary school students.

New Toro Digital Brochure Showcases Commercial Engine Line
Toro offers a new digital brochure highlighting its commercial engine lineup for the zero-turn mower, walk-behind mower and snowblower categories. The digital brochure provides in-depth details on the features and benefits of the proprietary Toro engine family. Toro offers a number of engine options, including a single-cylinder overhead valve design, a commercial V-Twin option with self-cleaning air filter housing, and a TXP OHV with AutoChoke to ensure consistent, simple starting. Each engine is tested under load and checked for power levels and governor response before leaving the assembly line, and components are held to tight tolerances to ensure consistent production

CASE, CNH Support Milwaukee Victory Garden Blitz
CASE Construction Equipment and CNH Industrial donated the use of a skid steer to the 9th Annual Victory Garden Blitz, located in the Greater Milwaukee area. This year, more than 300 volunteers installed 514 gardens – achieving a grand total of more than 3,500 gardens for communities throughout Milwaukee since the project’s inception in 2009. CASE and CNH Industrial are one of many partners of the Victory Garden BLITZ. In addition to financial sponsorship of the Initiative, the manufacturer donated the use of an SV300 skid steer for the event.

Aspen to Review Irrigation Design Plans on New Projects
Aspen City Council has approved a new ordinance that regulates outdoor water and requires landscape architects working on new projects to go through a design review with the parks department. The ordinance limits summer irrigation to 7.5 gallons per square foot. At least in its pilot year, the city is only requiring efficient design. Areas of lush green grass will need to be offset with plantings of native, drought-resistant plants and grasses. It also means installing so-called “smart” irrigation systems that react to real-time weather. Some landscape architects in the region feel the ordinance is just another another unneeded regulation.

Next post Irrigation Certification Puts You In Excellent Company 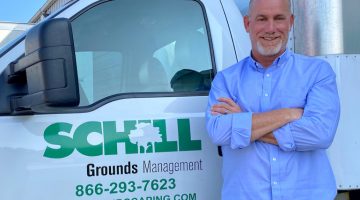 “Own It” With John Deere Payment Program 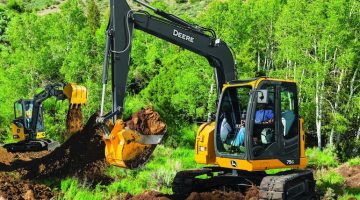 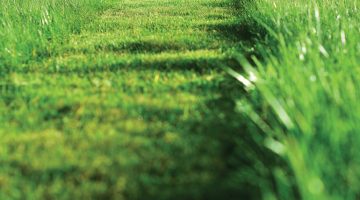