New Jersey Community Bans Leaf Blowers
The township committee in Maplewood, New Jersey, voted unanimously to ban commercial leaf blowers between June 1 and August 31 of this year. Citing complains of noise pollution created by the blowers, the committee says it will revisit the issue at the end of the summer to see if they should continue the ban. Landscapers and representatives of the New Jersey Landscape Association strenuously defended the industry’s use of leaf blowers. They said the ban—targeting both gas- and battery-powered blowers—would unfairly target them and make it more difficult to run their businesses. Deputy Mayor Nancy Adams cited examples of a lack of courtesy on landscapers’ part, such as running blowers at full throttle when half would be sufficient, blowing debris onto adjacent properties or into the street (which is prohibited by the town), using blowers within ten feet of door or windows, and using multiple blowers at one time, reported The Village Green.

Stay Green Holds 8th Annual Employee Appreciation Picnic
The team at Stay Green Inc. spent May 14 at the company’s 8th annual Employee Appreciation Picnic, held at Dr. Richard H. Rioux Memorial Park in Stevenson Ranch.  Stay Green holds the picnic every spring to bring its employees from throughout the Southern California region together for an afternoon of food and games, prizes and awards. Nearly 500 employees and their families were in attendance this year.

STIHL Now Has Stock in Globe Tools
The STIHL Group has acquired a substantial minority share of the Globe Tools Group– a successful manufacturer of corded and cordless outdoor power tools under their Greenworks brand. This deal will establish a long-term partnership with the Chinese manufacturer of cordless and corded electric power tools. It will also enable STIHL to offer broader range of cordless products for demanding private users in future.

Agrifim and Flow Control Rebrand as NDS
NDS has announced the rebranding of its Agrifim and Flo Control products as NDS, effective immediately. With the brand consolidation, Agrifim irrigation products will now be branded as NDS Professional Irrigation Products, and Flo Control flow management products will be sold as NDS Flow Management Products. NDS acquired Agrifim in 1999 to expand its product offerings to the drip irrigation market. NDS acquired Flo Control in 2000 to expand its presence in the irrigation market with valves and compression fittings.

Michigan gets New Growing Degree-Day Maps
One of Michigan State University Enviro-weather’s most used applications, the growing degree-day (GDD) map series, has revised their maps and new technology. The GDD maps provide current seasonal accumulated degree-day (base 50) totals across the state and departures from normal in terms of GDDs and calendar days. The first map shows total degree-days (base 50) for a specific date.

EABs Finally Make Their Way to Texas
The U.S. Forest Service and Texas A&M Forest Service recently trapped four adult beetles in Harrison County, just south of Karnack in northeast Texas. Lab results confirmed those beetles are emerald ash borers (EABs), which can kill ash trees within three years of infestation, reports the Houston Chronicle. The beetle is a native to Asia but turned up in the United States in Michigan in 2002. Since then, it has been found in 26 states including Arkansas and Louisiana. Texas officials have been anticipating the beetles’ arrival for years, setting traps across the state to provide an early warning.

Western and Pro-Tech Support Veterans with Traveling Tribute
Western Products and Pro-Tech will be donating custom, Military themed snow removal equipment, which will be raffled off to support the non-profit arm of the American Veterans Traveling Tribute (AVTT). The raffle will be held on June 24 at the 2016 Snow and Ice Management Association (SIMA) Snow and Ice Symposium in Providence, RI.

STIHL Debuts Battery-Powered Mower
The new STIHL RMA 410 C battery-powered lawn mower is powered by a 36-volt lithium-ion battery. According to the company, the brushless, commercial grade 900-watt electric mower is 50 percent stronger than their previous model, and quieter than gasoline powered mowers. The mower weighs in at 40.1 pounds for easier maneuverability along with a fold-down handle for storage.

Small Georgia City Provides Free Lawn Care for Seniors
Lovejoy, a city of about 6,000 people near Atlanta, will be offering free lawn cutting service for qualified seniors. This service started in May and lasts through September 30. To qualify, seniors must be a Lovejoy resident 60 years of age or older living within the city limits. The property receiving lawn cutting services must be the primary place of residence with the applicant’s name on the deed or lease. Each person living at residence must be physically unable to provide own lawn care and the applicant must have proof from a doctor before approval can be granted, reports the Atlanta Journal Constitution.

Dave Loecke Accepts New Position with PBI-Gordon
Dave Loecke recently accepted the position of market development manager, turf and ornamental products with PBI-Gordon Corporation, based in Kansas City, Missouri. In his 15-year career with PBI-Gordon, Loecke most recent position was as herbicide product manager. Loecke will create and deliver solutions to industry partners, while developing and enhancing the relationships between distributors and customers. 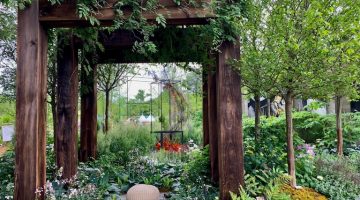 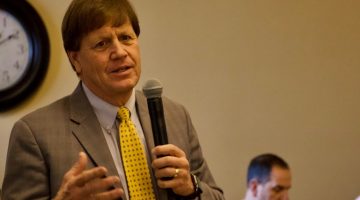