New Industry Job Board From NALP Now Live
LandscapeIndustryCareers.org is the National Association of Landscape Professional’s new website designed to attract employees to the industry. The site is for students and career-changers to view career opportunities in the industry. Articles, testimonials and short videos show what it is like to have a career path in the green industry. The site includes a listing of colleges that offer industry-oriented curriculum and a job board to help individuals connect with open positions. The site and its promotion has been funded by the Industry Growth Initiative.

Nationwide Poll Finds Increased Mis-Fueling of Engines
A new nationwide research study of over 2,000 adults 18+ conducted online by Harris Poll on behalf of the Outdoor Power Equipment Institute has found that Americans seem to remain confused about new fuel choices at the pump and their appropriate usage. This year’s poll shows more consumers have incorrectly used an E15 or higher ethanol fuel in an engine not designed for it this year compared to 2015 (five percent this year vs. three percent in 2015). The OPEI survey found that more Americans who own outdoor power equipment are paying attention to the type of fuel they use this year than in years past. Over three in five Americans assume that any gas sold at fueling stations is safe for all of their cars as well as other, non-road engine products, like boats and mowers (63 percent in 2017, up from 60 percent in 2016 and 57 percent in 2015). This year’s poll also shows roughly two thirds of Americans believe higher ethanol blends of gas are safe to use in any engine (31 percent).

John Deere Now Offers Michelin X Tweel Tire for Separate Purchase
The MICHELIN X TWEEL TURF, the airless radial tire that eliminates tire downtime, is now available for standalone purchase at John Deere dealers. First launched in 2015, the MICHELIN X TWEEL TURF Airless Radial Tire, aims to minimize the cost and time spent on tire repairs and maintenance. When launched, the tire was sold exclusively for John Deere ZTrak 900 Series models with 54-, 60- and 72-inch deck sizes as a part of a new machine purchase. Customers will now be able to purchase the product for existing ZTrak 900 Series models. The tire has the same dimensions and bolt pattern as a standard 24x12x12 tire. The MICHELIN X TWEEL TURF Airless Radial Tire is certified for use on John Deere Z900 E, M, and R Series gas-power mowers with 54-, 60- and 72-inch decks.

Record Audience for Annual GROW! Conference
Close to 300 landscape professionals attended Marty Grunder! Inc.’s annual GROW! Conference, held in February in Dayton, Ohio. Participants hailed from 31 states and Canada and represented 136 companies, with a combined annual revenue of $500 million and nearly 6,000 employees. The conference is held in a different city every year. For 22 years, the conference has offered presentations and panel discussions led by landscaping’s leaders with a tour and critique of a local landscaping company. Having the conference in Dayton, enabled participants to tour Grunder Landscaping.

SIMA Says Contract Snow Removal a $16.8 Billion Industry
The Snow & Ice Management Association released  a research report that indicates that clearing snow and ice (S&I) under private contract is estimated to be a $16.8 billion industry. Not surprisingly, the two factors driving the S&I industry are weather and the overall economy. It is estimated that 110,000 workers comprise the privatized snow and ice industry and of these, 88,000 are sole practitioners. The average operator has been in business 15.4 years and about one-third have more than 20 years of experience. The private S&I industry has been growing 3.8 percent annually, and is expected to continue growing at 3.2% through 2019. According to SIMA’s research, the residential market captures the majority of the private snow removal business (34%), followed by retail (27%), and industrial (26%). States with the most snowplowing business include New York, Illinois, Michigan, Colorado and Pennsylvania. The total snowplowing industry employs more than 260,000 workers. Almost 1.3M workers comprise the ground maintenance workers – a larger group that includes many who remove snow and ice – according to SIMA’s research.

Bad Weather Moves H-2B Employer Fly-In to March 21
Bad weather on the East Coast is giving supporters of the H-2B seasonal, non-immigrant worker visa program an extra week to schedule meetings with their respective legislatures there. Originally slated for March 14, the H-2B Employer Fly-In is now set for March 21. The purpose of the Fly-In is to lobby for the reinstatement of the “returning worker” provision along with the continuation and improvement of the program itself. Attendees are asked to arrive March 20. For more details concerning the Fly-In, contact Patrick Wilson at pwilson@pesusa.com.

Jeffries, Jesperson Receive Musser Foundation Awards
Dr. Matthew Jeffries and Dr. David Jespersen recently earned the Musser International Turfgrass Foundation Award of Excellence for 2017. The annual awards are presented to outstanding doctoral students of turfgrass science who have made significant and innovative contributions to turfgrass science research. This year’s recipients were each presented with a $35,000 cash award. Jeffries completed his Ph.D. in the Department of Crop and Soil Sciences at North Carolina State University, focusing on pesticide environmental fate in turfgrass systems. Jeffries has accepted a position as a pesticide environmental fate field scientist at BASF Corporation in Research Park Triangle, North Carolina. Jespersen received his PhD from Rutgers University in 2016. He studied physiology and molecular biology of heat stress in creeping bentgrass under Dr. Bingru Huang. He is currently an assistant professor at University of Georgia, where he researches abiotic stress in turfgrasses as a turfgrass physiologist in the Department of Crop and Soil Sciences.

Akehurst Honors Guzman and Herrera for 25 Years of Service
Akehurst Landscape Service, Inc. recognized David Guzman and Jose Herrera for reaching their 25th anniversary with the firm. Guzman started working in the firm as a laborer in 1992 and is currently serving as a field supervisor overseeing the daily operations of six crews. He provides support, training and quality control. Herrera currently holds the position of team leader with the company. The company named March 8th as officially Jose Herrera day and celebrated his services at Akehurst’s Pikesville, Maryland. The privately held full-service firm serving the Greater Baltimore Metro region was founded in 1876 and is run by the fifth generation of the Akehurst family.

Porous Pave Passes 7.5 Million Pound Milestone
Porous Pave recently marked an environmental milestone: surpassing 7.5 million pounds of recycled rubber used in manufacturing its permeable paving material. An eco-friendly green building product made in the United States, Porous Pave is a highly porous, durable and flexible paving material consisting of recycled rubber, chipped granite aggregate and a liquid binder. The controlled shredding and processing of discarded tires produces the 1/8- to1/4-inch, fine-cut chips of recycled rubber that incorporated into Porous Pave. Porous Pave retains stormwater on site, decreasing the volume and velocity of runoff into storm drains and storm sewers. While the porosity of permeable pavers is limited to only the joints between them, the entire surface of Porous Pave is porous.

PERC Launching New Quarterly E-Newsletter
The Propane Education & Research Council is launching a new e-newsletter for landscape contractors and lawn care professionals interested in propane commercial mowers. Launching in March, The Cut is a quarterly digest providing the latest news, information, and tips designed to help readers maximize their experience with propane, whether they are a private contractor, public agency, or outdoor power equipment dealer. 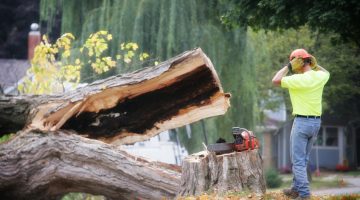 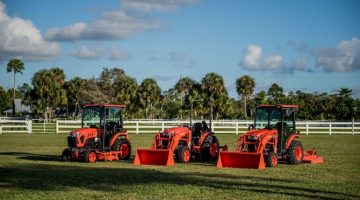