Ariens Company hosted a grand opening and ribbon cutting at Brillion Power Equipment, celebrating the company’s new concept store. In February, Ariens announced the purchase of a vacant building across the street from the company’s headquarters with plans to create a fully-operational concept store that Ariens employees could use to test cutting-edge merchandising concepts. The store will assist the company in gathering customer feedback and retail best practices that will benefit the entire Ariens and Gravely dealer base, according to Ariens. The dealership will include new concepts in store point-of-sale, Ariens Company brand signage and imaging, product display and merchandising concepts for accessories, parts and equipment unique to the outdoor power equipment industry.

Fiat Chrysler Recalls 1.2 Million Ram Pickups
A major recall of pickup trucks was announced May 12 by Fiat Chrysler Automobiles. In the latest in a series of safety problems dating back three years, the company said it would recall more than 1.2 million Ram pickups to fix faulty software that can disable airbags and seatbelt tension devices. The defect has been linked to accidents resulting in one death and two injuries, the company said in documents submitted to the National Highway Traffic Safety Administration.

Rachio’s 2017 “State of the Yard” Report Released
Rachio announced the findings of their “State of the Yard” study of American homeowners. The results highlighted conflicting attitudes regarding watering etiquette, confusion about how much to water and lack of awareness that smart home benefits are expanding beyond the home and into the yard. Fifty percent of homeowners didn’t know the benefits of smart home devices — such as saving time, money and resources — could extend to their yard. While most homeowners (69 percent) said they are confident their lawns are getting the correct amount of water, 81 percent “would love” to know if their yard was watered accurately. Seventy percent of people are bothered when they see neighbors watering their yards before, during or after it rained; however, even more (76 percent) admit to “inappropriately sprinkling” themselves. Only one in four homeowners knows that running sprinklers for 20 minutes uses more water than taking a 2.5 hour shower, 85 toilet flushes, or a month’s worth of dishwasher runs.

New Line of YARDMAX Plate Compactors Announced
YARDMAX has announced the availability of its new line of plate compactors. Presented in varying compaction forces of 1,850 lbs., 2,500 and 3,000 pounds, this versatile equipment is designed to meet the demands of any small- to medium-sized outdoor project, delivering consistent compaction force to lengthen the life of the applied pavement. The plate compactors ensure reduced water seepage, swelling and erosion to create a tight, air-free foundation with long lasting effect. This equipment eases the operator’s workload by offering premium design features – such as solid steel parts, attached wheels for easy transportation, recoil ignition and vibration-absorbing handles, as standard, according to the company.

Brookside Agra Launches H2OExcel Micro-Site
Brookside Agra recently launched an H2OExcel micro-site featuring its new microbiology animated video, research library and other information about its water conservation agent H2OExcel. H2OExcel is a proprietary blend of desert plant extracts and high-quality, humic acid-containing biologicals and other natural, non-plant derived nutrient enhancers. H2OExcel is tank-mix compatible with fertilizers, herbicides and pesticides and mixes easily in cold water. Features of the new H2OExcel micro-site include a new, animated video, a data and research library with results of  research studies and field trials conducted on H2OExcel and downloadable application rates for corn, soybeans, wheat, milo, canola, cotton, turf grass, vegetable crops, citrus trees and potted plants, as well as for use as a digester after harvest and for hydroseeding.

JCB Machines Featured in New Film “Alien: Covenant”
JCB skid steers loaders, Loadall telescopic handlers and JS excavators were supplied to 20th Century Fox for the making of the new film “Alien: Covenant” which will be released in the U.S. on Friday, May 19. Starring alongside actors Michael Fassbender and Katherine Waterston, a fleet of more than 20 JCB machines are wrapped in gold to give them a futuristic look – the idea of British film director and producer Ridley Scott. The machines – which appear in the film’s finale – arrived at the movie set in Sydney with the help of JCB dealer Construction Equipment Australia.

Altoz/Central Boiler Awarded “100 Best Companies to Work For”
For the second year in a row, the Greenbush, Minnesota-based manufacturer of Altoz zero-turn mowers and Central Boiler outdoor furnaces has been named one of 2017 100 Best Companies to Work For. The award honors 100 Minnesota companies that have been voted the best places to work by their own employees. The nomination process transpired over a three and a half month period. Once nominations closed, each company nominated was internally vetted and emailed a survey to be completed by their full-time employees.

Florida Student Wins TurfMutt’s “BE A BACKYARD SUPERHERO” Contest
The Outdoor Power Equipment Institute’s Education and Research Foundation announced the winners of TurfMutt’s national “Be a Backyard Superhero” contest. The grand prize winner’s school, Guardian Angels Catholic School in Clearwater, Florida, will receive a $10,000 grant to improve a green space on school grounds. The grand prize winner is fifth grader Marissa Weber of Palm Harbor, Florida. Weber’s entry was a story depicting TurfMutt and the Outdoor Powers along with an original character “Earthy the Worm” Fighting away Dust Demon to encourage healthy soil. Weber’s teacher, Sandra Hoolihan, received the first-ever National TurfMutt Teacher Award and a trip to the national conference for the National Science Teachers Association in Los Angeles, California. Landscape experts at Massey Services, headquartered in Orlando, will develop and install an outdoor classroom area for the school this spring. Scholastic hosted the “Be a Backyard Superhero” contest and received 1,013 entries.

Massey Services Sets Record at Annual Sales Event
Massey Services established a new record for its annual company-wide “MAD (Making a Difference) in APRIL” sales event last month, generating over 16,000 new units for more than $7.2 million in sales. This was a 29 percent increase over last year’s units and a 16 percent increase over the previous year’s sales figure. The two-day event was held in all seven states where Massey is located (Florida, Georgia, Louisiana, Texas, South Carolina, North Carolina and Oklahoma) and included all 1,900 team members.

SiteOne Launching Secondary Common Stock Public Offering
SiteOne Landscape Supply, Inc. recently announced the launch of an underwritten secondary public offering of 8,500,000 shares of common stock by selling stockholders CD&R Landscape Holdings, L.P., an affiliate of Clayton, Dubilier & Rice, LLC, and Deere & Company. The company will not receive any proceeds from the sale of shares being sold in this offering. In connection with the offering, the selling stockholders expect to grant the underwriters a 30-day option to purchase up to an additional 1,275,000 shares of common stock.

Greenworks Contributes to ‘We Are Golf’ National Mall Project
Greenworks Commercial helped the National Park Service with turf deferred maintenance activities during the We Are Golf project that took place April 25, National Golf Day. Greenworks Commercial employees actively participated in the beautification effort and the company supplied volunteers with its  lithium-ion backpack and handheld blowers to use during the project. On April 26, industry leaders met with Members of Congress, the Executive Branch and federal agencies to discuss golf’s 15,000-plus diverse businesses, two million jobs impacted, tax revenue creation and tourism value.

New ANSI-OPEI Mower Standards Published, Robotics Next
The American National Standards Institute recently published revised voluntary safety standards for consumer and commercial lawn mowers, the result of a five-year review. Development of the standards was led by the Outdoor Power Equipment Institute led development of the standards. The standards, as with all OPEI proposed standards, are approved, published and sold by ANSI through their online publications store. Kiser says that OPEI is also now working toward bringing the first-ever North American robotic lawn mower standard to the marketplace. OPEI is hopeful the new robotics standard will be published later this year.

TruGreen Initiates Mosquito Defense Service
TruGreen on announced the launch of TruGreen Mosquito Defense. TruGreen said its professionally trained specialists use an innovative mosquito control formula to treat all areas of the yard where mosquitoes hide including trees, shrubs, mulched areas and all types of ground cover. The monthly program is backed up with TruGreen’s Mosquito Free Guarantee, which states TruGreen will perform a free re-service any time a customer sees biting mosquitoes in their yard between treatments.

IA Opens Registration for 2017 Show and Education Conference
Attendee registration is now open for the 2017 Irrigation Show and Education Conference here, November 6-10. The Irrigation Show is the only trade show and conference dedicated to irrigation industry professionals, offering a single venue for access to the latest industry innovations, product experts, education and business networking opportunities.

Water Zone Radio Show Recognized By California State Senator
The Water Zone is a weekly radio show hosted by Mike Baron and Rob Starr of Toro on NBC News affiliate KCAA 1050 in Southern California. Baron and Starr began this pioneering talk radio show to call attention to news and conservation efforts around the record California drought. Last month, The Water Zone’s efforts were recognized with a resolution presented by California State Senator Jose Medina. In addition, the show has partnered with the Irrigation Association, the leading organization for the irrigation industry, to provide its members with education credits for listening to select shows scheduled throughout the year. 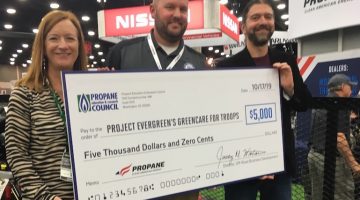 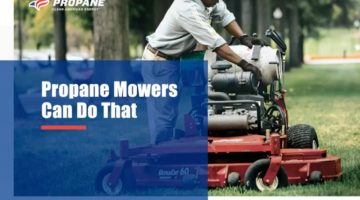