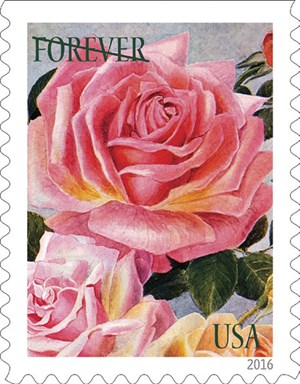 The stamp art features 10 individual designs, each a detail of an illustration from an American nursery catalog printed between 1891 and 1912. The catalogs are part of The New York Botanical Garden‘s nursery and seed catalog collection, one of the largest and most important collections in the U.S. The collection and similar collections in other institutions are treasure troves of historical information for scholars and scientists studying a wide range of subjects, including the history of botany, horticulture, commercial agriculture, landscape design, plant exploration, graphic arts and publishing. 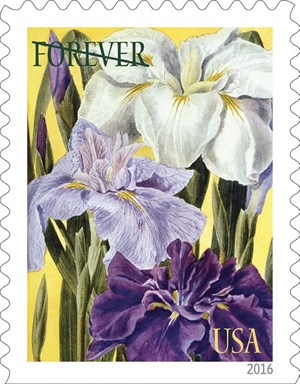 The mid-19th century saw a flowering of botanical art. As more people discovered the joys of ornamental and recreational gardening, thriving commercial greenhouses and nurseries marketed plants—exotic as well as native—to eager gardeners. To entice buyers, the nurseries created colorful catalogs illustrated with beautiful blossoms and lush foliage. The illustrations were idealized, romantic versions of what plants could look like, but they fueled many a garden dream.

The artists responsible for the work seen on early nursery catalogs are mostly unknown, but their captivating work lives on.

Previous post Ethanol is No Friend of Your Engines