A Life-Changing Climb To Bring Water To Those In Need

A Michigan irrigator was part of a team conquering Mt. Kilimanjaro for a greater purpose.

If one of your dreams is to climb Mt. Kilimanjaro in Tanzania and you finally get the opportunity, you can expect to hear “polepole” over and over again. This Swahili phrase loosely means “slowly” or “gently.” Your guide will surely remind you time and again “polepole” due to altitude sickness and oxygen deprivation as you trek slowly and deliberately to the 19,330-feet summit of the tallest mountain in Africa.

Professional irrigator Aaron Katerberg joined 15 others in 2016 on a strenuous hike up to the peak of the world’s tallest freestanding mountain. They undertook the exhausting, eight-day trek to raise funds for Lifewater International, an organization that provides safe water wells and education in sanitation and hygiene to remote communities in sub-Saharan African and other impoverished regions of the world. 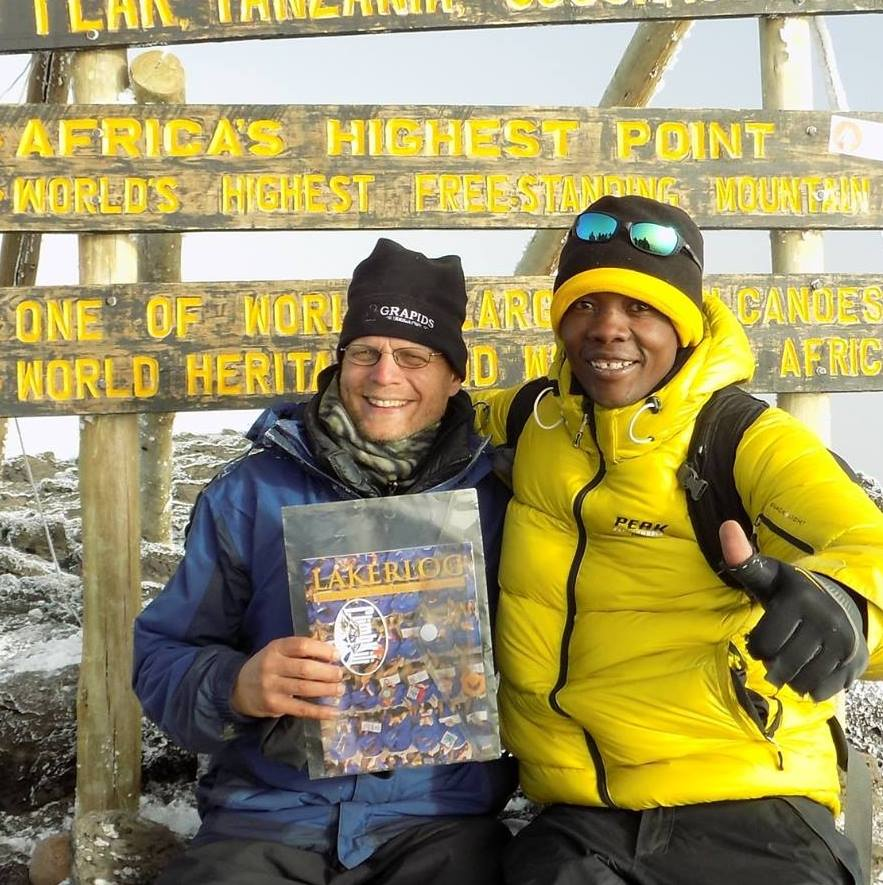 Katerberg, 43, owns and operates Grapids Irrigation, in Grand Rapids, Michigan. He is a third-generation professional irrigator. His grandfather Ev Katerberg founded and ran an irrigation company in the region for many years, starting in 1957. Grapids Irrigation provides commercial and residential irrigation services throughout western Michigan.

Although Grand Rapids is a mere 610 feet above sea level, Katerberg loves to climb mountains, something he discovered while attending graduate school in British Columbia. He and his wife have since climbed “fourteeners” — mountains reaching 14,000 feet or more — in Colorado.

“It was amazing for me,” recalls Katerberg of his group’s deliberate ascent up Kilimanjaro. Everyone in the group, including a 73-year-old grandmother and her 16-year-old grandson, reached the summit. More importantly, the team (after eight days trekking and sleeping together you do become a team) raised more than $120,000 for Lifewater International. Since 1977, the Christian-based non-profit has reached more than 2.5 million individuals with life-saving clean water, sanitation and hygiene.

Katerberg and other supporters of Lifewater International view the availability and quality of fresh water as one of the biggest health challenges facing the earth’s growing population. Katerberg views the challenge of climbing to aid others with fresh water as a perfect fit for his business passion. “Water is my business, after all,” he says. Donations from customers and suppliers help him in his selfless outreach.

The need for fresh water and adequate sanitation is great, he’s come to realize. One in nine humans on the earth does not have access to a reliable source of fresh drinking water and worldwide one of every children under the age of 5 dies of a water-related disease.

“It (ascending Kilimanjaro) was a life-changing event for me and the money we raised changed 20 communities around the world,” says the Michigan business owner.

It would seem that given the incredible effort required to reach the mountain’s summit, the group would celebrate. (It is estimated just 65 percent of “climbers” actually reach the summit.) And it did – for less than an hour. The wind chill approaching minus 30 below negated any desire for lengthy congratulations. And this in spite of the mountain being located just 225 miles south of the equator.

“Then we started hiking down and the guide reminded us again ‘polepole,’ which of course means slow, slow,” says Katerberg who is now planning on climbing Aconcagua. At 22,838 feet this mountain in Argentina near the border with Chile is the tallest in South America. Katerberg and others will climb it as part of the Lifewater International clean water and sanitation effort.

You can support the Aconcagua Climb for Clean Water at: give.lifewater.org/Grapids. Donations go toward supplying fresh water, not the cost of the climb.

Previous post OPEI: What It Is And Why We Need It