An irrigation business owner in New Jersey tackles his dry spells mid-season with a new maintenance program for current clients.

While Marty DeNinno says business has always been “on fire” in April, May and June, the owner of Pinnacle Irrigation & Nightlighting says that come July, the Haddonfield, New Jersey-based business would hit a major lull. It was a feast or famine scenario. Come July, everyone already had their irrigation systems turned on, and DeNinno says he was struggling to keep crews busy — let alone keep revenue flowing. Facing the issue of “what to do in their downtime,” DeNinno came up with the idea of a mid-season check-up. The result has benefited both clients and the company.

The idea is that a tech will return in July or August to run through the zones and ensure that everything is functioning properly for those clients who have signed up for this maintenance program. DeNinno says the first year he offered it, he had 60 clients sign up. Now in year four, he has close to 450. 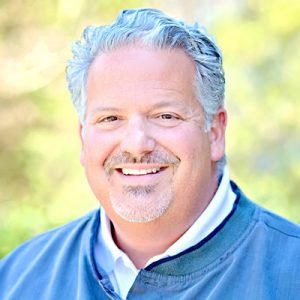 The program is promoted via social media, as well as a “stuffer” that is delivered with the invoice. DeNinno also makes sure that his admin, who talks to every client twice a year, is reminding customers to sign up if they haven’t already. Most people appreciate the peace of mind of a maintenance plan, so DeNinno says it’s an easy sell.

“We’re a low-pressure company,” DeNinno says. “While we’re reminding our clients about this program, we don’t feel like we have to push it very hard at all. It’s been well received.”

Still, as an added incentive, DeNinno offers 10 percent off all parts and materials for extra services, which seems to seal the deal for those who are reluctant. DeNinno says that during a springtime visit, clients may want to capitalize on the 10 percent offer right on the spot and that sells the maintenance plan. Very few customers who do sign up drop the program because they see the value in it, he says.

“Sometimes clients will need servicing before the mid-season — maybe in June or early July before we’ve come out for the check-up,” DeNinno says. “We’ll let that count as their mid-season check-up so that they can save some money and not have us out again.”

DeNinno says that the mid-season check-up has definitely done its job of keeping techs busy during slow times. And it’s a service that can be done at Pinnacle’s convenience.

“We can schedule the check-ups based on when we’ll already be in that area since there’s no definitive time line,” DeNinno says. “We already have the garage code and the water is already turned on, so it’s really a very easy addition to what we’re already doing.”

Next post 8 Shade Trees To Help Cool Off In Summer