Diary of a Non-Landscaper: Part 1

Read Danielle's first-hand account of helping with a green space in downtown Cleveland.

I studied writing in college, so I wouldn’t call myself a professional landscaper. And you can tell from my pale skin that 1) I live in Cleveland, Ohio with our cold hide-in-your-house winters and 2) I don’t work out in the sun everyday.

But still I found myself up early on a recent Wednesday morning digging in the dirt and helping with the installation of some attractive ornamentals. It was my first “real” dirty-hands experience since becoming an integrated content editor with Turf magazine a little over seven months ago.

After navigating through road construction in downtown Cleveland, I found a place to park in Ohio City, an older but trendy neighborhood, and walked over to what looked like an old alleyway, my destination according to the directions I had received days earlier. The passageway, named Gould Court I learned, bisected two businesses — Mitchell’s Ice Cream and Soho Kitchen & Bar. I was one of almost a dozen volunteers in the latest Project EverGreen project to provide a community with a new green space.

Project EverGreen is a Cleveland-based nonprofit with the mission to educate the public (and policy makers) on the very real environmental, economic and public health benefits of urban green spaces. As part of that mission, Project EverGreen undertakes several community service projects each year. For this particular project, it partnered with Yardmaster and Land Studio to turn Gould Court into a green space.

OK, back to my story.

It was 8:30 a.m. at this point and I went up to a truck and trailer with my work clothes on and my hair in a ponytail. By work clothes I mean jeans, old Converse sneakers and a T-shirt with spattered paint from a mission trip I went on.

I met Kurt Kluznik, president of Yardmaster, and three of his crewmembers. Kluznik was also the architect for the project and had planned out the space.

I was the first volunteer to arrive and we immediately began unloading numerous plants from his truck — annuals, perennials and trees. As we were staging the plants for installation, other volunteers started showing up, about a dozen in all.

Kluznik handed me a shovel and we started digging around the brick pathways. We needed to even out the amount of soil in the beds and lower the dirt a few inches below the grade of the brick in order to mix in compost. We dug deeper holes to plant the trees.

I met Mike and Pete, the brothers who own Mitchell’s Ice Cream. The brothers graciously thanked all of the volunteers for making the green space a reality. Oh, and we got free ice cream.

After having pizza for lunch, we got back to work putting the 400 plants into the ground. Yep, 400 plants alongside what seemed like a little brick pathway.

Land Studio, a merger of two non-profit organizations focused on enhancing public spaces based in Cleveland, coordinated installation of the drip irrigation system at the site. The landscape beds will be irrigated by water collected in an underground cistern at the site.

Donations covered the cost of the project. Donations to the project consisted of topsoil, mulch, compost and the plants. A seating area and a sculpture will eventually also grace the green space.

Before leaving the site, I said goodbye to my co-workers for the day. Kluznik, whose business is headquartered in nearby Painesville, Ohio, said I could work with him and his crew any day. That was a nice compliment after a long day at the new green space.

Then, I drove 40 minutes home and helped my dad mow the back two acres. 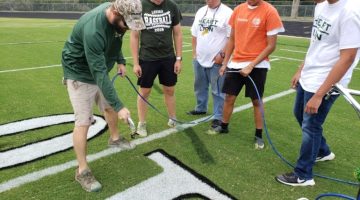 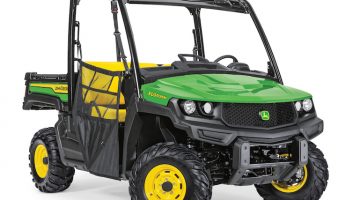 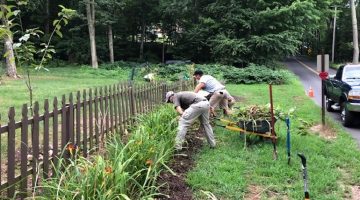