Do you want to see ugly as in dog-butt ugly? I’m referring to the winners and contestants of the recent “Ugliest Yard Contest” sponsored by the San Francisco Department of Environment. The contest recently ended and the “worst of the worst” were selected. Let them stand as stark examples of the need for professional landscaping. 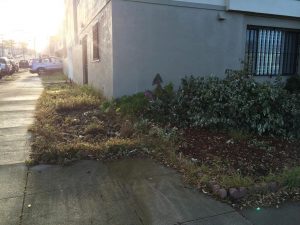 This yard was voted the most times as “ugliest.” Submitted to SF Environment by user: winlsonng1

Does this description of the yard of the winning yard on the Department’s website give you a better idea of what I’m referring to?

In all, 79 property owners submitted images of their yards. Click here to see the winners, indeed images of all of the 79 submissions… if you’ve the courage!

The competition was a first for the Department, which initiated the contest to support Gov. Jerry Brown’s executive order to cut water use 25 percent statewide. The City “hopes this gimmick will push at least a few residents into switching to less water-intensive landscaping,” according to the department. The timing of the contest took place just weeks before statewide mandatory water restrictions were implemented.

Governor Jerry Brown on April 1 (the first time in the state’s history) imposed mandatory water restrictions on residents, businesses and farms. He ordered cities and towns in California, now in its fourth year of drought and after a winter of low-record snowfalls, to reduce water usage by 25 percent. 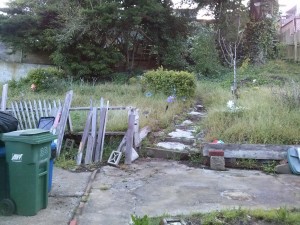 Along with the restrictions, Brown’s executive order directed to the State Water Resources Board: 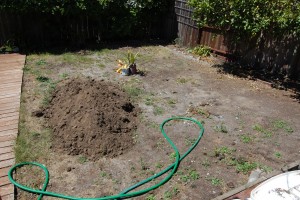 The restrictions went into effect Monday, June 1, 2015, and left the California’s 400-plus water agencies scrambling to convince their customers to reduce water use. If water agencies fail to meet the mandatory water restrictions they face fines of up to $10,000 a day.

Getting back to the Ugliest Yard contest, San Francisco Department of Environment spokesman Guillermo Rodiguez says: “The ugliest yard isn’t one that is desolate and full of weeds and dirt. A yard that wastes a lot of water to maintain — that is ugly.”

Need convincing? Consider where the great grasslands of the world thrive — in dry areas of the world, such as the U.S. Plains, Russian Steppes and the African savannahs, for instance.

Finally, what do you think about the contest and about the steps California is taking to conserve water? Let me know at rhall@mooserivermedia.com.

Previous post Why We Play the H-2B Numbers Game