Hey wake up America. We can’t afford to ignore California anymore, not that we ever could. To twist a phrase often seen on T-shirts these days: “What happens in California doesn’t stay in California.”

In this case, we’re talking about water, and specifically landscape irrigation. California is dry, and its four-year-long drought is having a profound effect upon the landscape industry there.

Gov. Jerry Brown this past April 1, in an executive order, directed the State Water Resources Control Board to impose a 25 percent on the state’s 400 water supply agencies. The water agencies, in turn, are putting the screws to the use of potable on lawns and landscapes. Each water agency seems to be coming up with its own rules, including:

Will the water authorities in your markets consider or implement similar rules aimed at landscape irrigation? That’s not likely to occur in most other parts of the United States, where droughts do occur but not frequently or long enough to send water regulators into a panic.

Indeed, no region of the United States is immune to drought as evidenced by the historic 2007-2009 “Big Dry” that shrunk Lake Lanier north of Atlanta and caused so much financial damage to the landscape and garden center industry in north Georgia and the Carolinas.

While few of us in the landscape industry doing business east of the Mississippi can envision running our companies under the same draconian water rules now being implemented in California, what is happening there will surely change our businesses eventually. The size and dynamism of the California and its landscape industry makes that inevitable.

Consider that California with $38 million people (8.5 percent of the U.S. population) recorded a GSP (gross state product) of $2.2 trillion in 2014. If California where a nation, it would rank 8th in the world in terms of size. Its economy is larger than those of Italy and The Russian Federation, according to multiple sources.

But, what about the California landscape industry? That too is huge.

A 2011 study conducted by three economists: Dr. Marco A. Palma and Dr. Charles R. Hall, both of Texas A&M University, and Dr. Alan W. Hodges of the University of Florida pegged the size of the industry at $25 billion and nearly 258,000 jobs. The study appears on the website of the California Landscape Contractions Association (CLCA). Download it here.

The North American landscape industry, as a whole, owes much to the California industry that, in a very real sense, pioneered and continues to influence the concept of “outdoor living” as a major landscape trend. We can thank the West Coast market for much of what we now consider modern landscape design.

California is a trend-setting state, and that’s not going to change. It’s as true in the green industry as it is in popular culture or industry, such as with the emissions standards set by the California Air Resources Board (CARB), now effectively the law of the land in terms of construction equipment.

Keep your eyes on California. What happens there will not be staying there. 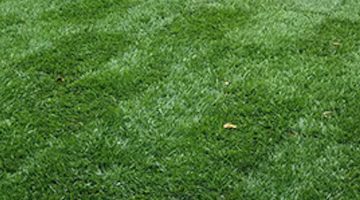