Story of a Landscape: Designing Sue’s Garden at American University

Although small, this project came to life from a generous professor's donation to the university.

With all the struggle and strife that normally goes on in Washington, D.C., it’s no wonder people are seeking spots that are peaceful and inspirational.

Faculty and staff at American University have found just such a location in Sue’s Garden, an in-house-designed area near the main entrance to the campus’ economics department building that was recognized with the 2015 Grand Award by the Landscape Contractors of America of the MD, DC, VA chapter.

Mike Mastrota, landscape architect for facilities management at American University, explains that the project’s $60,000 budget was donated by faculty member Sue Headlee to create a space that could be used by her colleagues in the economics department.

“Despite being next to the main entrance to the building, the site was undeveloped and barren except for the presence of several mature tulip poplars and sycamores,” Mastrota says. “The site is only 2,450 square feet surrounded by parking, roadway and building.” 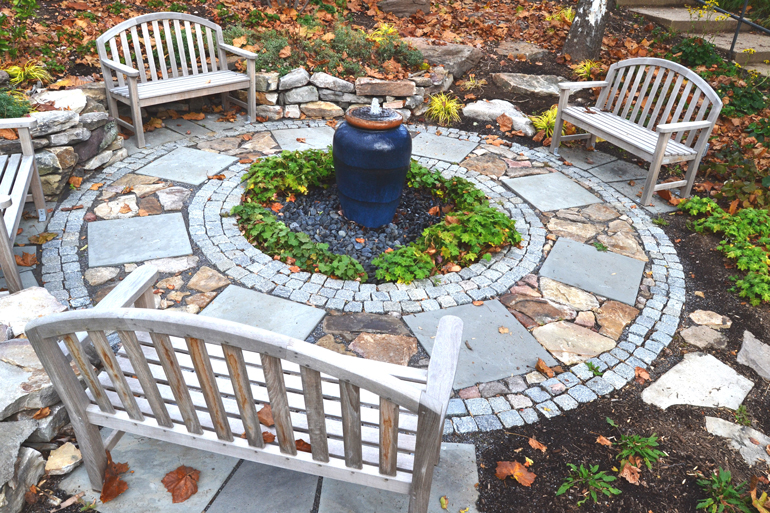 Not surprisingly, Mastrota says the site itself offered several challenges to reaching the donor’s goal, with the first being its comparatively small size.

“It was challenging creating a sense of tranquility within those confines,” he says. “The goal of Sue’s Garden was to create a space that was relaxing, intimate and meditative.”

Additionally, there was a slight slope from the nearby road and parking areas that tended to drain water toward the building entrance.

Finally, the presence of the mature trees limited the amount of ground disturbance that could be done without causing potential root damage. 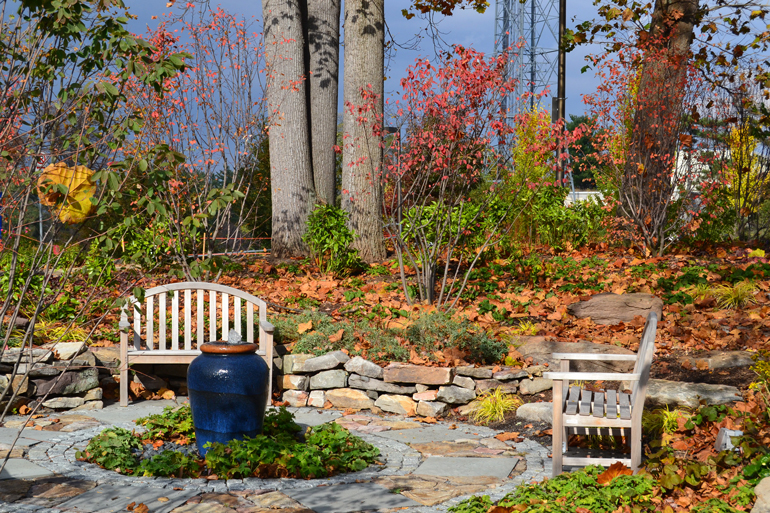 Because this was a design-build project for the university and funded by a donor, Mastrota says he worked closely with Headlee over the approximately three months it took from conception to completion of the project.

The centerpiece of the final design is a water feature surrounded by a circular paved area built of granite cobbles, bluestone and field stone in what he calls, “an interesting pattern.” Four benches circle the outer edges of the paved surface to provide seating. Additional seating is provided by a dry-stacked retaining wall made of boulders. 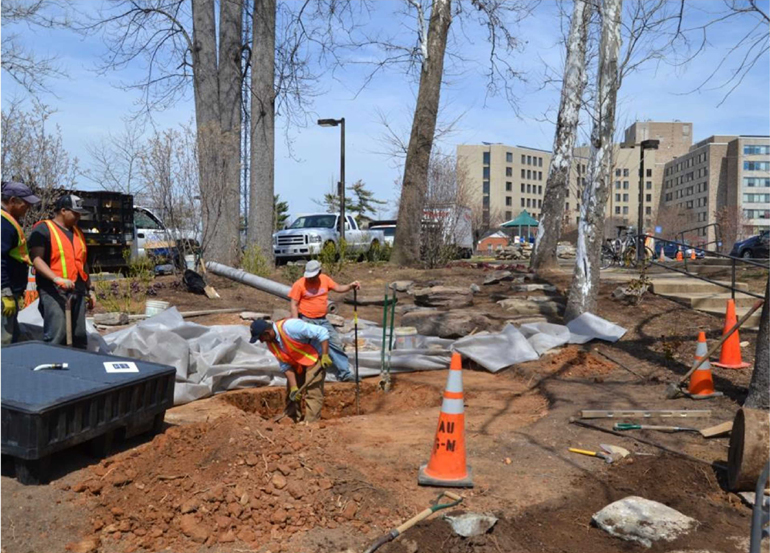 “A small woodland path utilizes boulders to take up the change in elevation,” says Mastrota. “It also provides an alternate pedestrian shortcut from the adjacent parking area to the center of the garden.”

Along with the water feature, a wide range of plantings was done to help increase the feeling of peace and tranquility. Mastrota adds that the upper portion of the garden is particularly heavily planted to help buffer the seating area from the surrounding pavement and vehicle traffic.

The lower side of the garden is brighter and consequently that area is planted with sun-loving perennials such as Nepeta “Walkers Low,” Leucanthemum “Becky” and Salvia “May Knight,” which are bunched to provide bold color. In the early spring the entire garden is filled with combinations of Narcissus, and in autumn a broad spectrum of color with Amelanchier “Autumn Brilliance,” Hydrangea quercifolia and Itea virginicus.

Mastrota says actual construction of the project took about three weeks and involved Rubio Construction Services as the landscape contractor; E.C. Ernst, the electrician; and volunteers. He estimates approximately 15 people were involved in one way or another to complete the job. 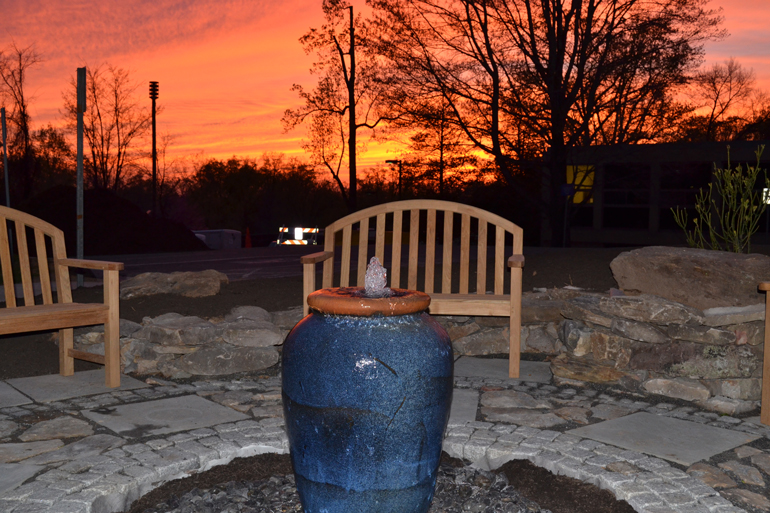 Now that the garden has been in place for some months, Mastrota believes it’s a combination of the soothing sound of the water feature and the inward central focus of the garden that make it a success.

He adds that it did prove to be a learning experience from several standpoints.

“For one thing, I learned that success of the project is not necessarily measured by its size, budget or complexity, but rather by how the space is utilized,” he says. “The once unused site is now a popular respite for building occupants as well as others in surrounding offices.”

Of course, that the project came in on budget and the donor is pleased with the outcome are big pluses. And, Mastrota says he’s also found that in some cases – such as this one — sometimes there are unintended surprises. 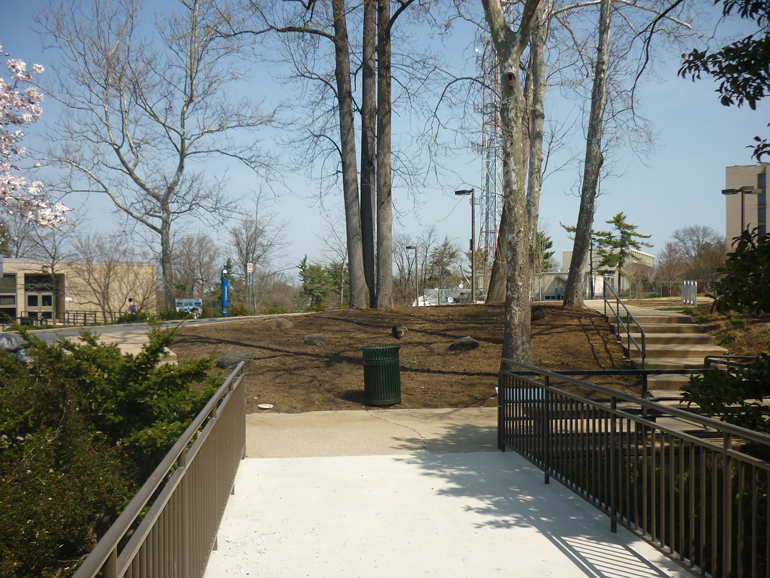 “In the case of Sue’s Garden, its high elevation overlooks the western vistas, offering views of some spectacular sunsets,” he says.

However, just seeing people enjoying their time in the space is what makes Mastrota smile. And, while the award from LCA is nice, he adds, the project is truly special.

“I’m particularly proud I get to enjoy the finished project myself, as well as see others spending time at the garden,” he concludes. “It’s also rewarding to know the donor is very happy with the finished product, and I’ve received many compliments from people who enjoy spending a few moments from their busy days outside in this peaceful space.” 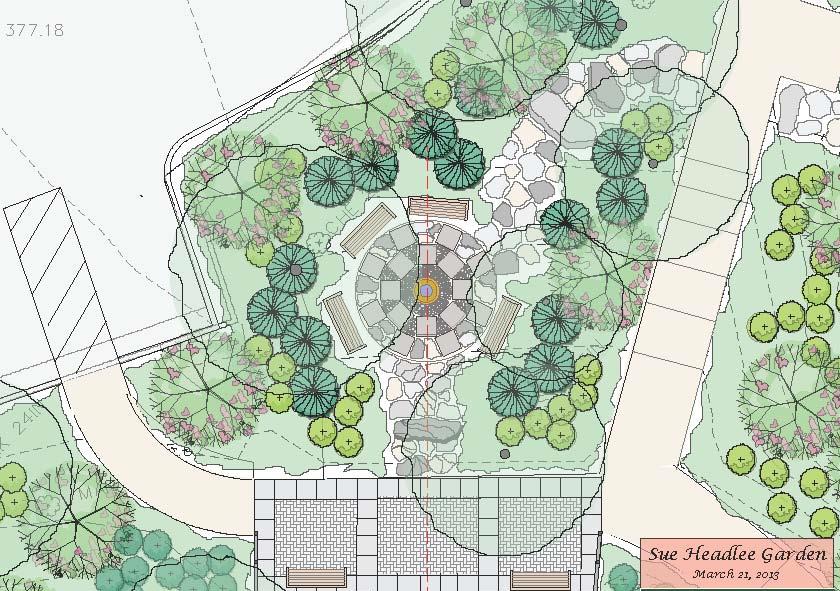 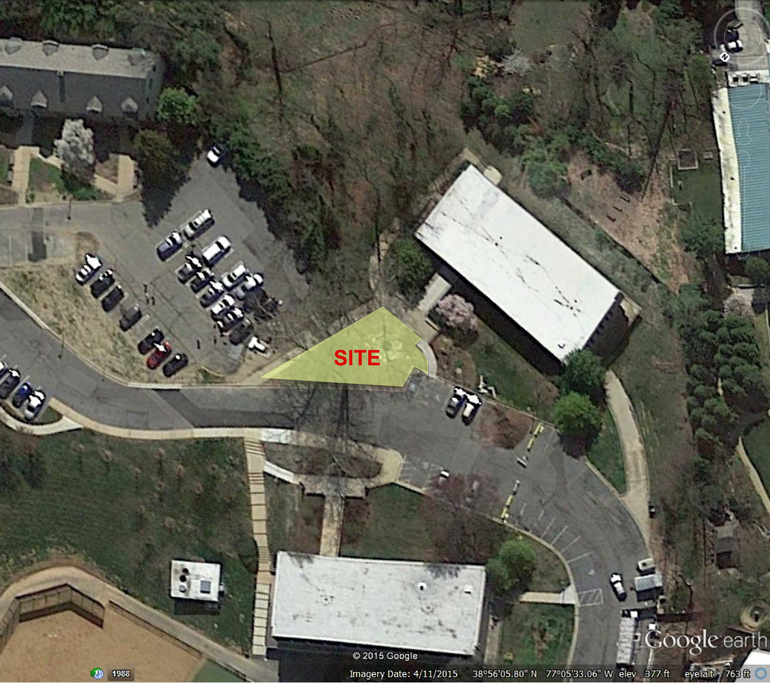