It’s only natural that a new homeowner would want to renovate the yard and put it to better use.

However, Bryon Meyer, owner of the Orange, California-based Land Mechanics, says he got the job by promising the client his new and expanded driveway would be ready for the housewarming. In what proved to be a win-win situation, the job netted Land Mechanics two awards from the Orange County chapter of the California Landscape Contractors Association, as well.

The approximately $100,000 project was cited both as a renovation and for sustainability, and Meyer is particularly pleased with the latter.

“Because of our continued climate changes, we all have to be flexible and make changes in the way we do our work,” he says. “I feel it improves not only our neighborhoods, but improves our community as a whole. It’s important to me that we don’t leave such a large footprint regarding water consumption and energy.” 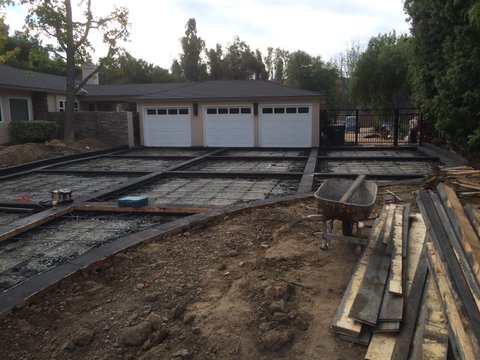 In this case, when he mentions neighborhoods, Meyer isn’t speaking hypothetically. The home, on a little more than 1 acre, is only a couple of blocks from his own residence, and he says he was referred to the new owners by the woman who lives across the street. 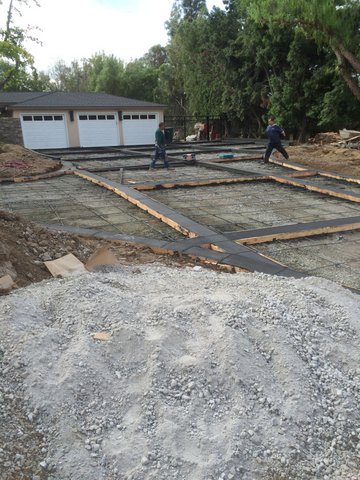 And, then there was the promise of the driveway, which proved to be a major consideration and the largest part of the project.

“It’s a circular driveway that goes in front of the house and then next to the garage there’s RV parking,” says Meyer. “That was really the driving force behind this.”

A solid pour of concrete bordered by a darker shade of the same material, it’s broken up only at the front entry, where a slab walkway edged in turf leads to the front door. Meyer says that part of the job was also completed with the help of an outside crew of concrete finishers.

“We hire out finishers because we don’t need concrete finishers every day,” he says. “They come in as subs.” 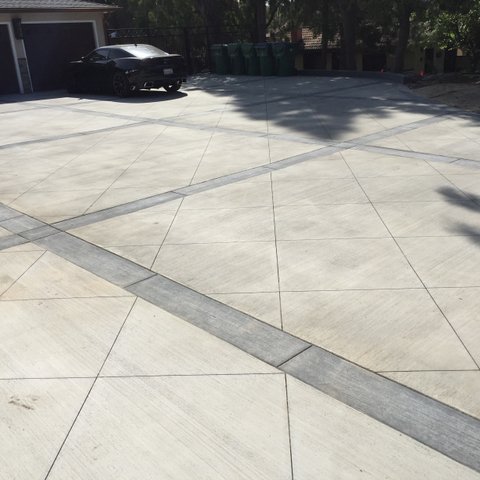 Still, the project was large enough to keep the Land Mechanics’ crews busy at the site for more than four months.

“We also ended up putting in some cinderblock planter walls with stone veneer,” Meyer says. “We put in a lot of big boulders. We went out and hand-selected the boulders, and they’re considered water-conserving. And, then for the grass areas, we installed artificial turf.

“We installed a drip system, we have a smart timer and the client went with LED lighting, so we have lower water and lower electricity bills and no need to fertilize the lawn,” he adds. “It’s a really nice project that way.”

The crowning piece of the job, however, is two life-sized horse statues the clients purchased, which Meyer says work beautifully because the neighborhood is considered an equestrian community.

“I told them they were going to need something that I call garden art,” he says. “I suggested maybe a wagon wheel or a wagon, but they went to Santa Ana, saw them and fell in love with them.” 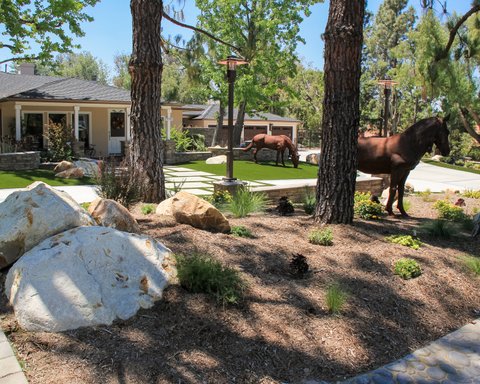 Each weighs approximately 1,000 pounds, so Meyer says considerable time and effort went into placing them so they look like they’re in the wild. It’s the part of the job that still makes him smile.

“I think they’re awesome-looking,” he says. “The horses are so appropriate for our community and they look really sharp.”

Setting the horses wasn’t the only part of the project that was done, as Meyer puts it, “off the cuff.” While his designer was brought in to offer some guidance as to the renovation, he says the client was one of those that when he heard an idea added more as the project went along. 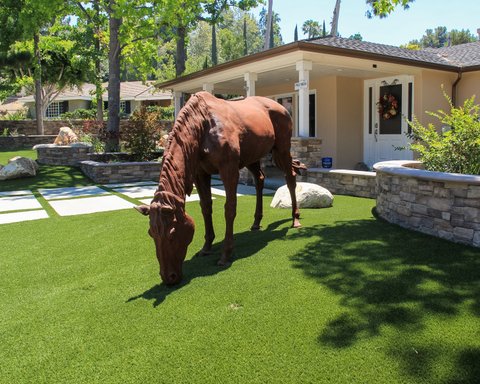 The same informality applied to the plant palette for the project, although Meyer says they kept some of the property’s existing trees, including several pines and liquidambars and a pepper tree. Some magnolias were added to line the driveway.

“I brought in a lot of water-conserving plants, and that was all my design,” says Meyer. “I picked plant material I like, showed it to the customers and then set it up so they could understand what we were doing.” 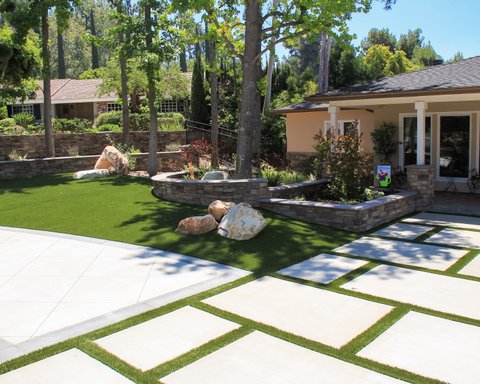 Being a renovation, he adds that dealing with existing conditions was probably the biggest challenge of this job. He specifically mentions being careful of the existing trees and their roots. And, then there was the drainage around the garage.

The project also was a learning experience for Meyer and his crew. They opted to put the client’s street address on one of the large boulders, and he says the learning curve on that proved to be steeper than he’d expected.

“Getting the numbers perfect and level the way they should be on natural stone that wasn’t ground down was definitely a challenge,” he says. “We had to move them around quite a bit and then set them in epoxy. Again, it wasn’t an easy install by any means, but it turned out to look real sharp.” 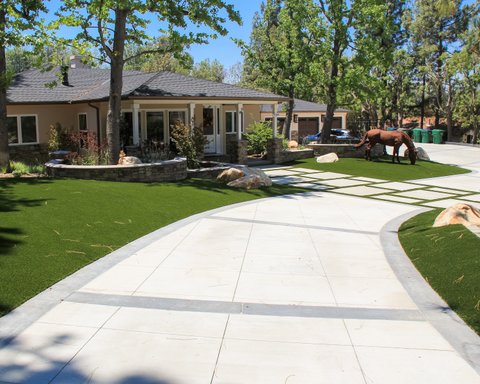 And, while Meyer is obviously proud of the awards the job has generated, what pleases him most was the way the whole thing evolved.

“I enjoyed this because it’s really my design, and done by working with the homeowner directly, rather than off a set of plans,” he says. “It was fun to be more creative on this job and to keep generating ideas. The whole creativeness of working with the client was definitely the most fun part of it.”

Nor is it necessarily over. While Land Mechanics does maintenance, Meyer says the client has another company he works with on that. However, there’s still a very large backyard to be considered.

“Although we work all over Orange County, I like doing work in the neighborhood; it makes the job go smoother,” he concludes. “And he’s already said he wants a pizza oven in the backyard, so I’m going to have to circle around and see about doing that for him and make sure he’s still satisfied with the job.”

Next post 8 Tips To Master Snow And Ice Management

Previous post What Students At NCLC Want From Employers