This California project, featuring a custom-made water table, was completed for charity and won an award from HNA.

Every business must keep in mind paying the bills. But, occasionally there are also opportunities to strut your skills and show off some new products while helping a good cause.

For Pacific Outdoor Living, based in Sun Valley, California, one of those opportunities is the annual Pasadena Showcase House of Design. Since 1948, the charity has been raising funds to support community music programs, including awards for instrumental music students, as well as introducing younger children to symphonic music.

The 2017 home featured a 7,000+ square-foot English Tudor on two acres with a Hollywood connection. Built by a star of silent films in 1916, it’s served as a set for several movies. 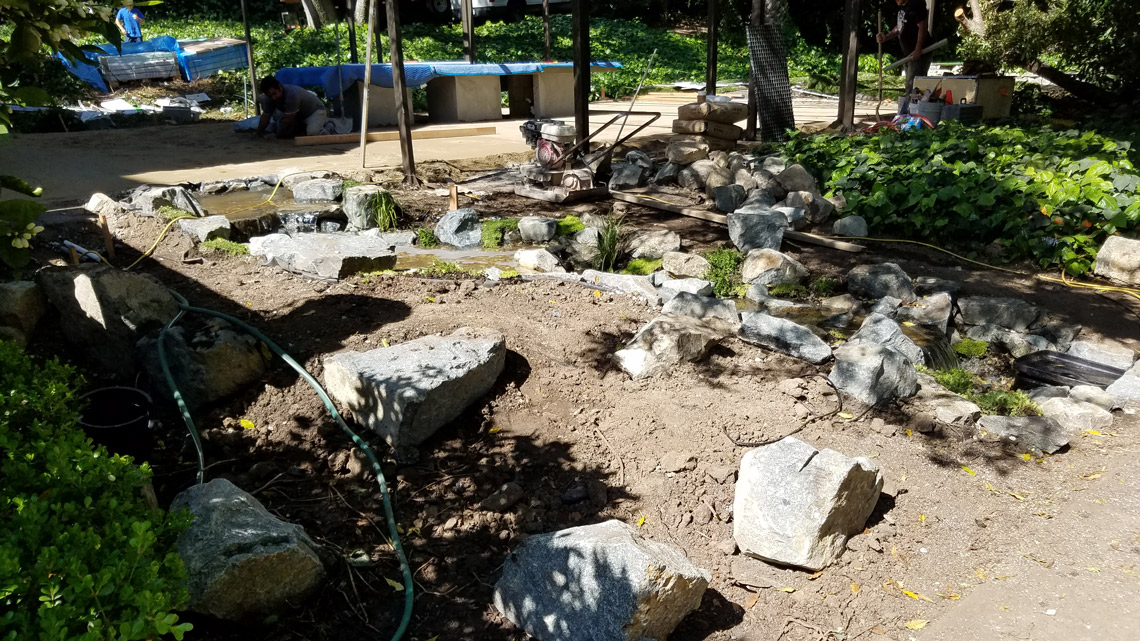 Terry Morrill, one of Pacific Outdoor Living’s owners, says this year was also the 18th showcase in which his company has participated.

“We’re active in our community, and it’s also for a great cause,” he says. “Plus, it’s a showcase for our products and we get referrals.”

Another advantage is that participants get more freedom in what they design and install because the work and the materials are mostly donated, although the owner must sign off on the work.

For this year’s project, Morrill was assigned an area between the house and the backyard pool that had been done in artificial turf. Pacific Outdoor Living turned it into an outdoor seating and lounging area that just happens to include a 1,400-pound piece of art as its centerpiece. 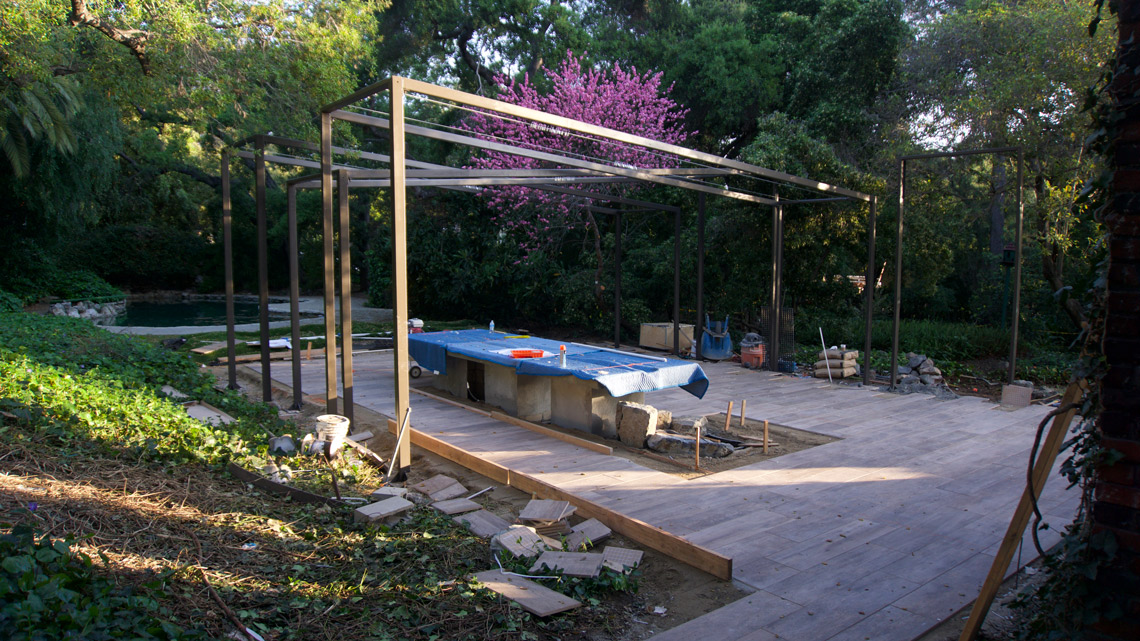 After removing a large piece of the artificial turf, Morrill chose to anchor the 1,500-square-foot patio with a porcelain paver product from Mirage USA and its NooN series in honey, offered by Belgard.

“It has a wood-grain look running through it in planks, so it gives the appearance of a wood patio,” he says. “We wanted to put the look of wood out there. It’s a contemporary space for a very traditional house, and this let us showcase it.”

Another advantage: Morrill says they’re very stain-resistant and will age better than regular concrete pavers. Belgard donated the pavers, which are sand-set on four inches of compacted road base topped with an inch of sand and the joints filled with polymeric sands. 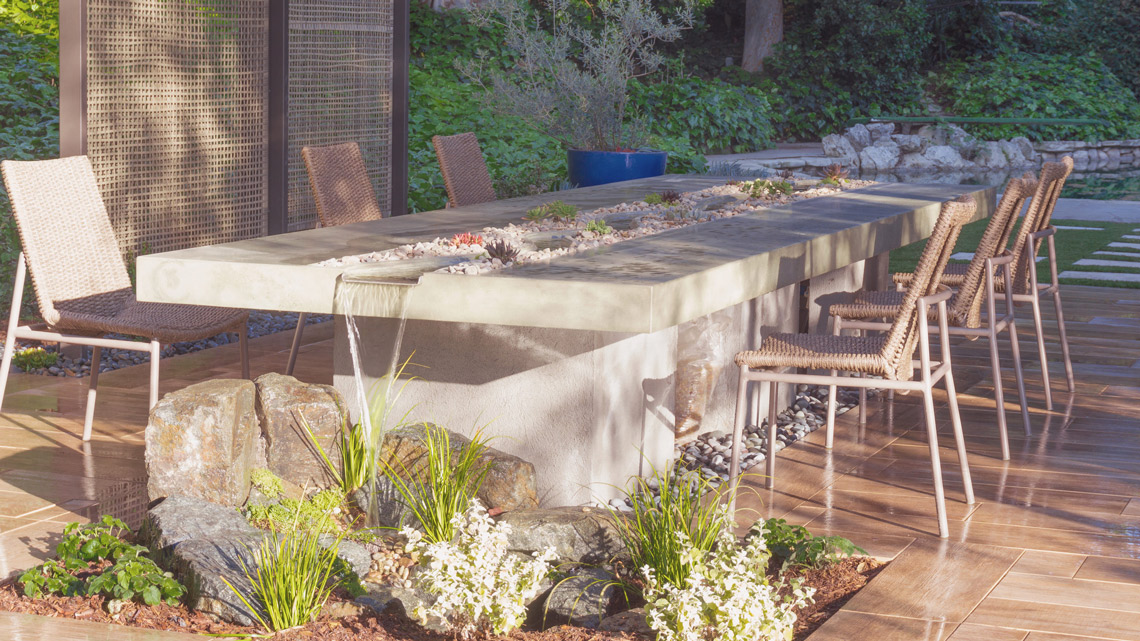 Although the pavers were recognized by Hardscape North America as the winner of this year’s competition for a porcelain — residential job, they merely serve as the stage for a custom-made water table that’s the highlight of this job.

Morrill explains that the concrete table was hand-cast by Santa Cruz, California-based 5 Feet from the Moon and is 15 feet long.

“It was made off-site and we brought it to the home on the casting table,” Morrill says. “We built a pedestal of concrete blocks that it sits on. Then, it was mostly a matter of needing lots of guys. We took it to the site on a Bobcat, with forks holding the whole table, and then about a dozen guys lifted it into place.”

He adds that the site has about a 1.5 percent slope to allow for drainage. 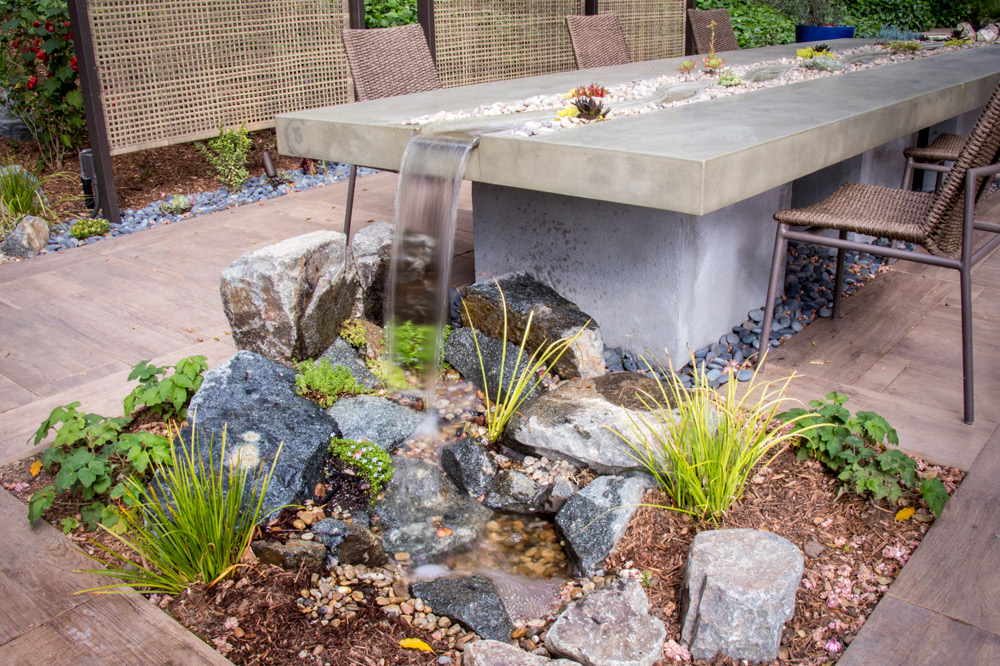 To further enhance the idea of an outdoor room, Pacific Outdoor Living installed a canopy structure with a metal frame and sliding awnings overhead to supply shade as needed. The longer sides of the room are further defined by screens made from a synthetic material by Tidelli Outdoor Living, a Brazilian company with a Southern California outlet.

Tidelli also provided the outdoor lounging furniture for the project. 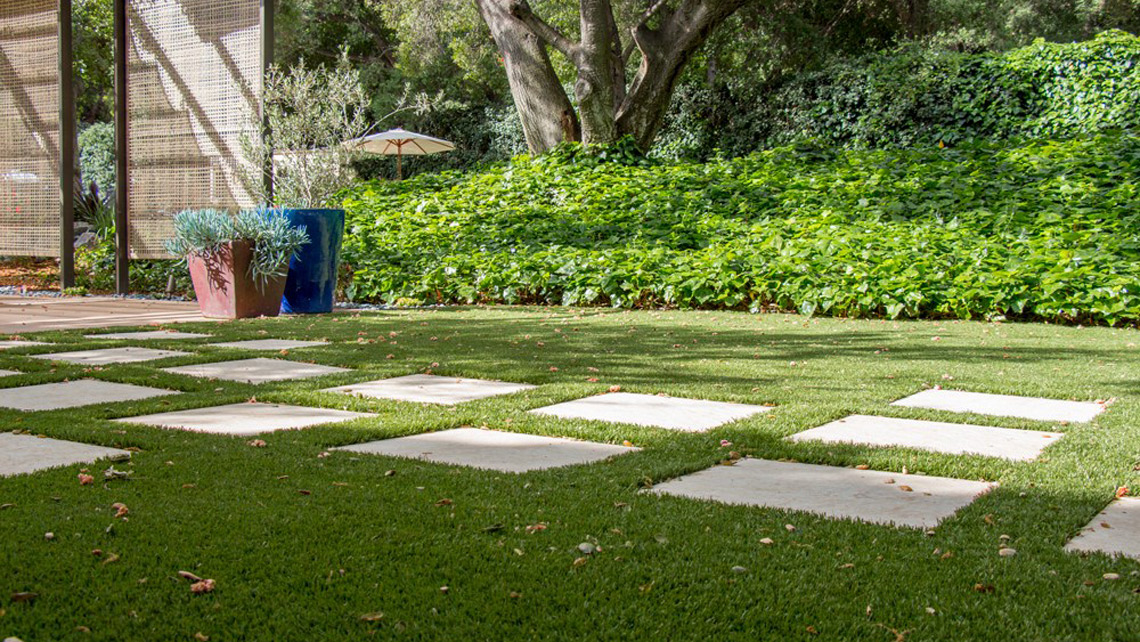 “We had to agree on it,” Morrill says. “If the homeowner didn’t like it, we would have let them display what they wanted to display.”

Lighting for the project was provided by Lightcraft Outdoor Environments of Chatsworth, California, and features the company’s new bistro string lights, among others.

“There are probably four lights in the pondless waterfall, and the table has recessed edge lights underneath, so they shine down,” Morrill says. “There are probably two dozen accent lights on the trees and the buildings, as well.”

Planting around the room features a mix of succulents, grasses and flax that he says ties together quite nicely. 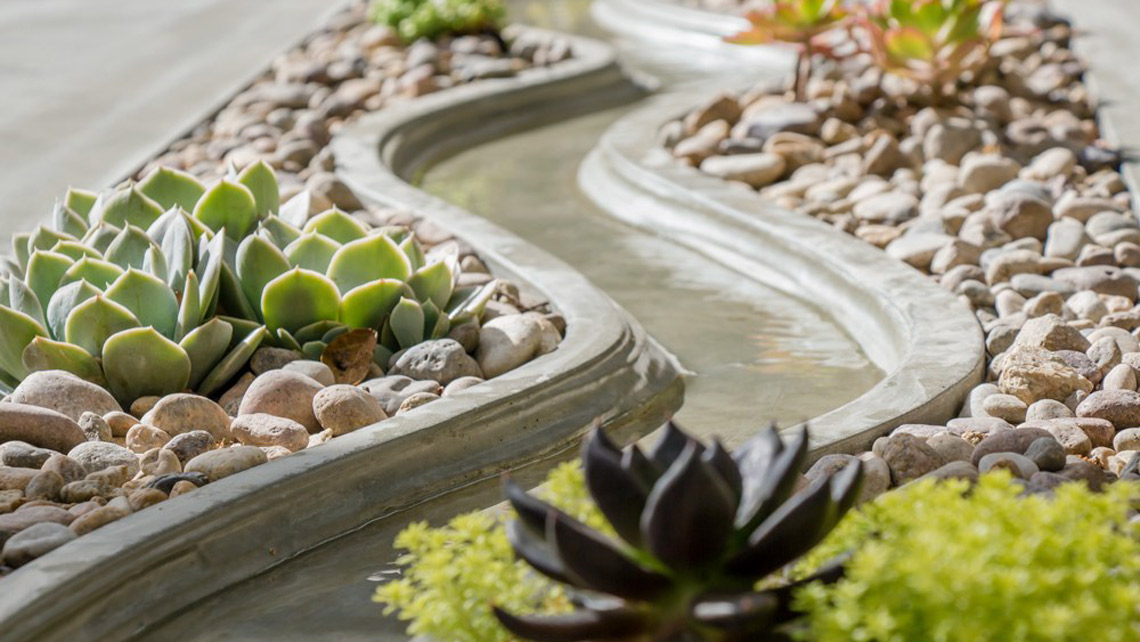 Morrill says the work took between three and four weeks of work to pull together, and utilized several of the company’s specialized four-man crews. Perhaps not surprisingly, his favorite feature, and the one of which he’s most proud is the water table.

“I love the table and how its colors and size fit the space,” he says. “It really helps define that space. And, I love to watch the water coming off it.”

However, he adds projects that are so custom are not only more challenging, but they can also be more time-consuming than working in the average client’s backyard. 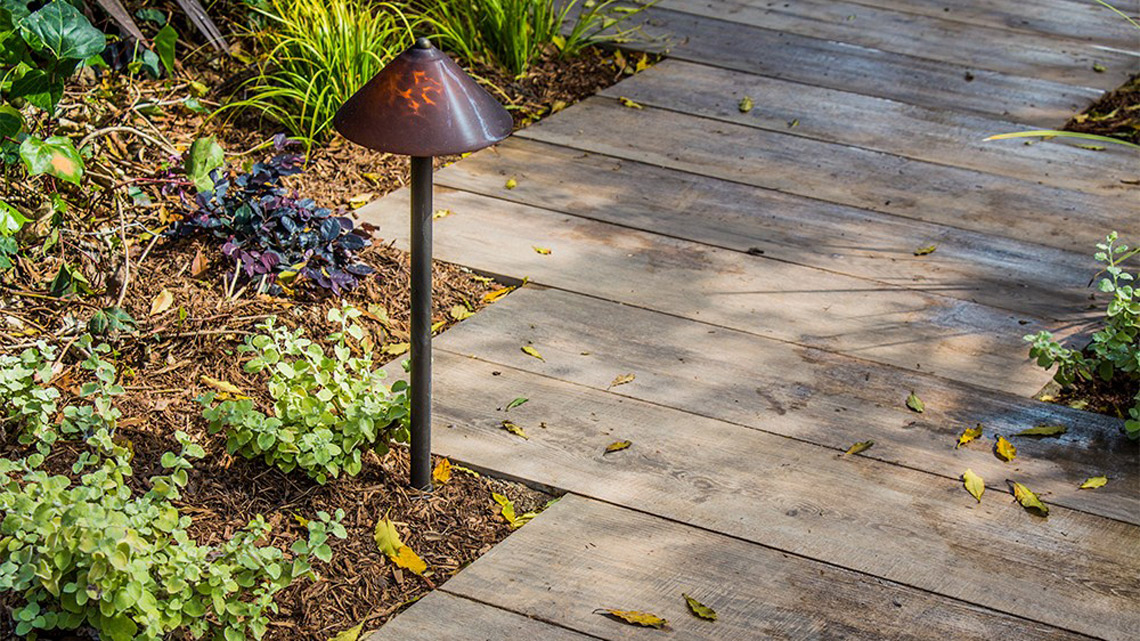 “Plus, you must have special situations to use something like the table,” Morrill says. “Just how functional this is going to be for the homeowner is a different question. It’s hard to combine a piece of art with something that’s completely functional.”

The use of the porcelain pavers is another story, though.

“We’ve done several jobs with them since we did this,” Morrill says. “They’re a really good look, and they’re going to stay looking new for a long time.”

Previous post Power Up Your Company With A Peer Group