Story Of A Landscape: Dallas Museum Of Art Entrance Plaza Gets Renovation

When the Dallas Museum of Art unveiled its renovated north entrance in the spring of 2016, many dubbed it one of the hottest spots in this sizzling community.

For Southern Botanical, Inc., its role in bringing the entrance and newly rechristened Eagle Family Plaza to fruition was simply one more opportunity to shine, as the landscape contractor earned a Silver Award for Commercial Installation over $100,000 from the Texas Nursery and Landscape Association. 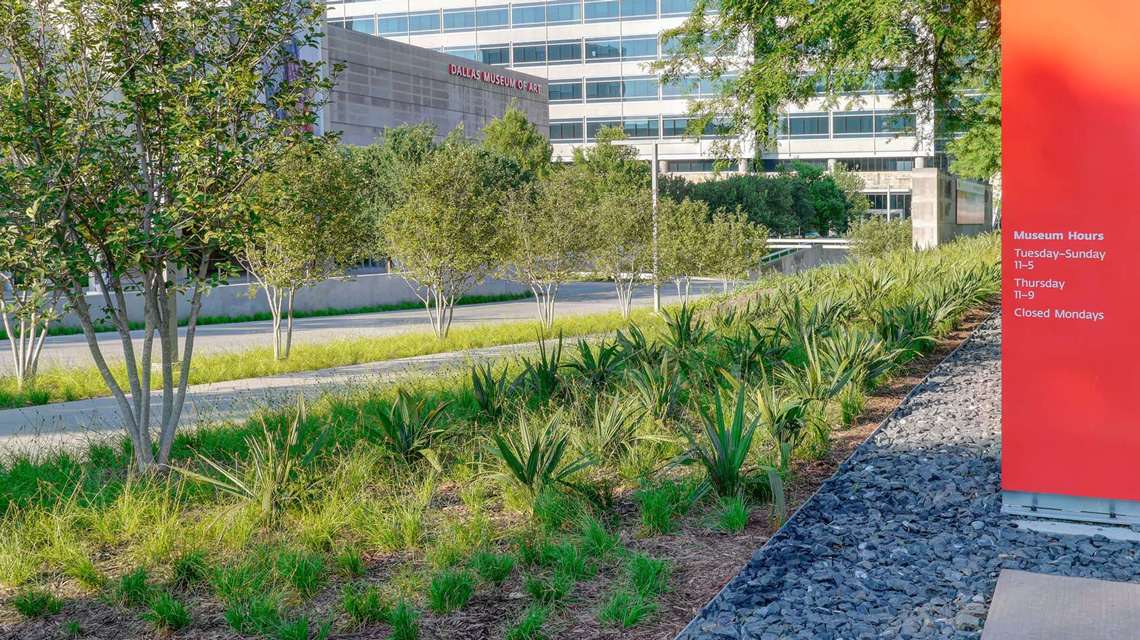 The expanded plaza, funded by donations from Jennifer and John Eagle and the estate of Nancy B. Hamon, smooths out the flow of both pedestrian and vehicle traffic and opens the museum’s café to the exterior, expands seating and dining options and provides space for an outdoor food pavilion.

Additionally, the renovation features an expansive new lawn area at the north entrance which includes an outdoor exhibition space. 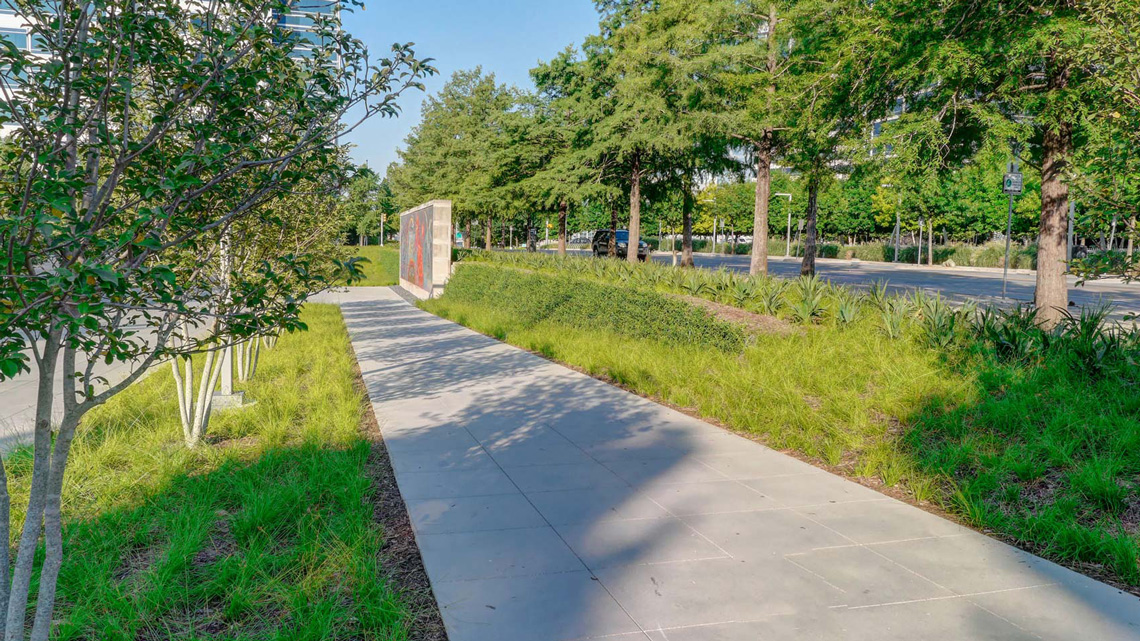 Although Southern Botanical had done previous work for both the museum and the Eagles, Jason Craven, the company’s president, says it earned the right to do perform the work as part of an involved bid process through the general contractor, Byrne Construction Services of Fort Worth, Texas.

“We were honored to be chosen to execute the work,” he says. 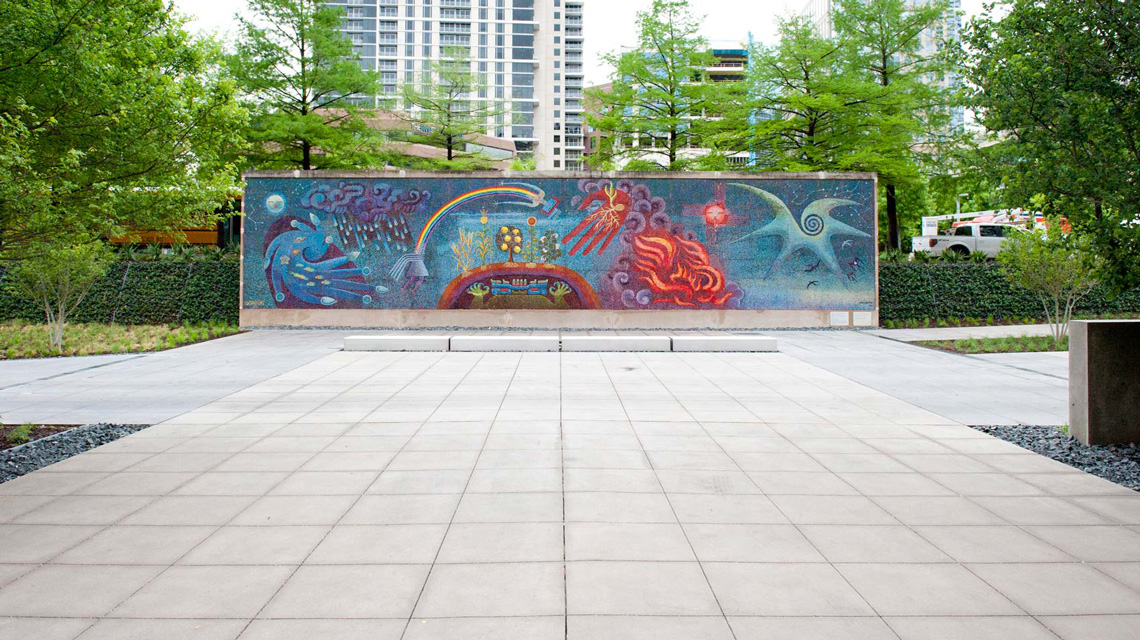 The design for the renovation is a collaboration between two Dallas-based firms, Hocker Design Group and Studio Outside, and the Eagle family. However, Craven says there’s no question they expected top quality in the specimen materials used, as well as craftsmanship in the installation.

To make sure its products were up to standard, Craven adds that his crew tagged every tree and sought the landscape architects’ approval on every piece of material installed. 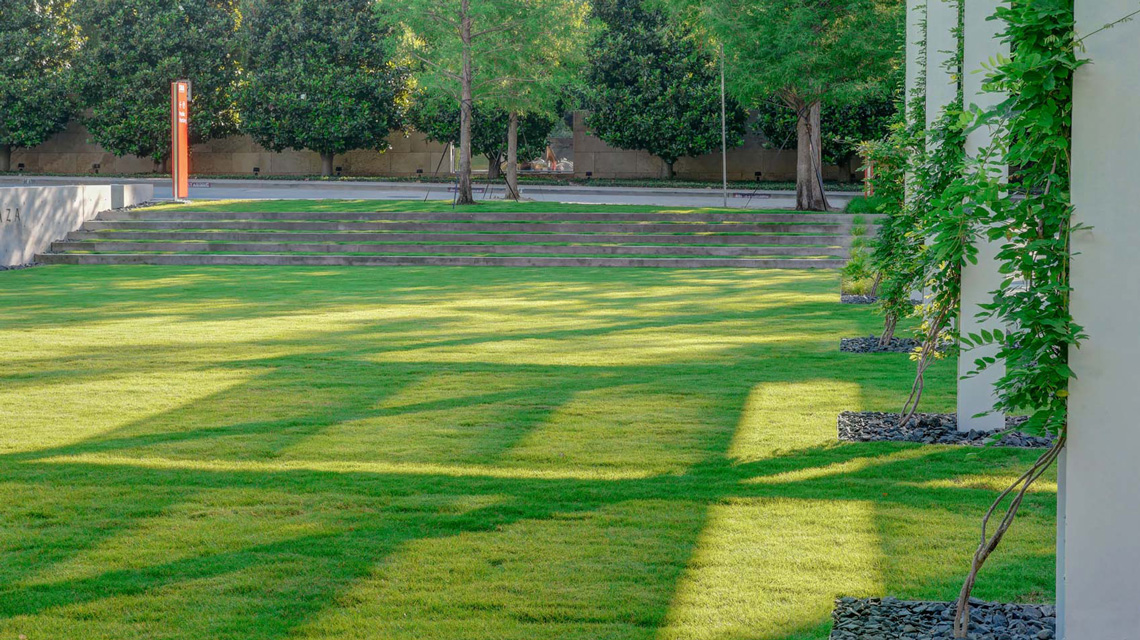 “We were working many late nights and weekends,” Craven says. “Still, we had daily walk-throughs with the landscape architects, the contractor and the museum’s representative to make sure quality standards were met.” 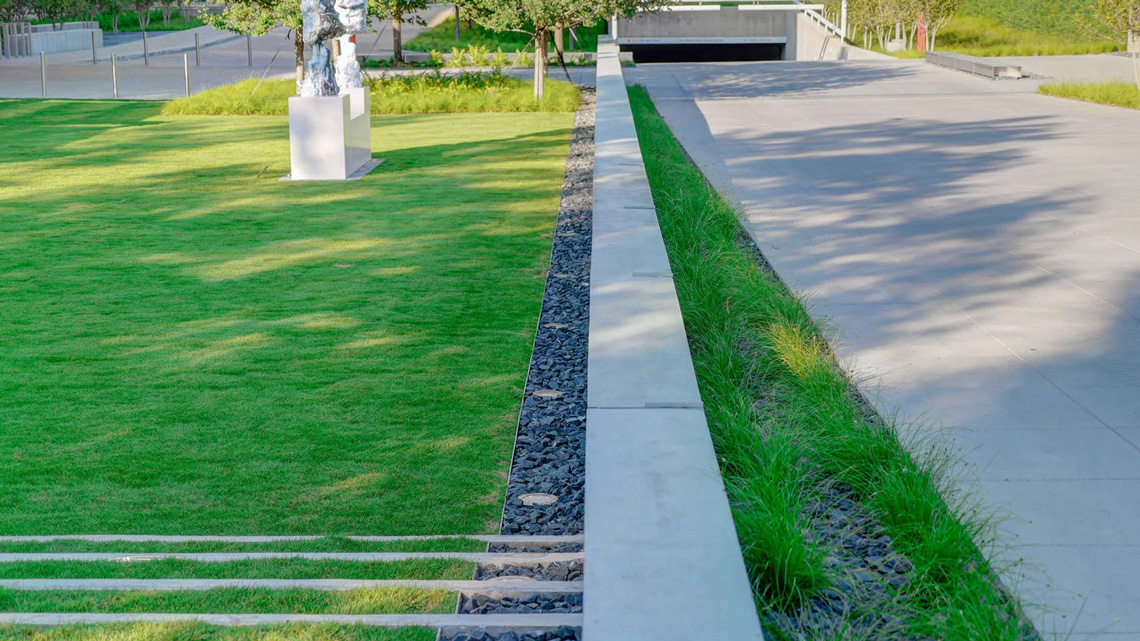 However, he says this isn’t out of the ordinary on projects the company installs, so it was easily handled by the Southern Botanical team, which varied in size from 10-40 people during the project.

Along with the emphasis on quality, Craven says the site remained open to museum-goers during the construction, requiring a focus on safety and the overall appearance of the job site. 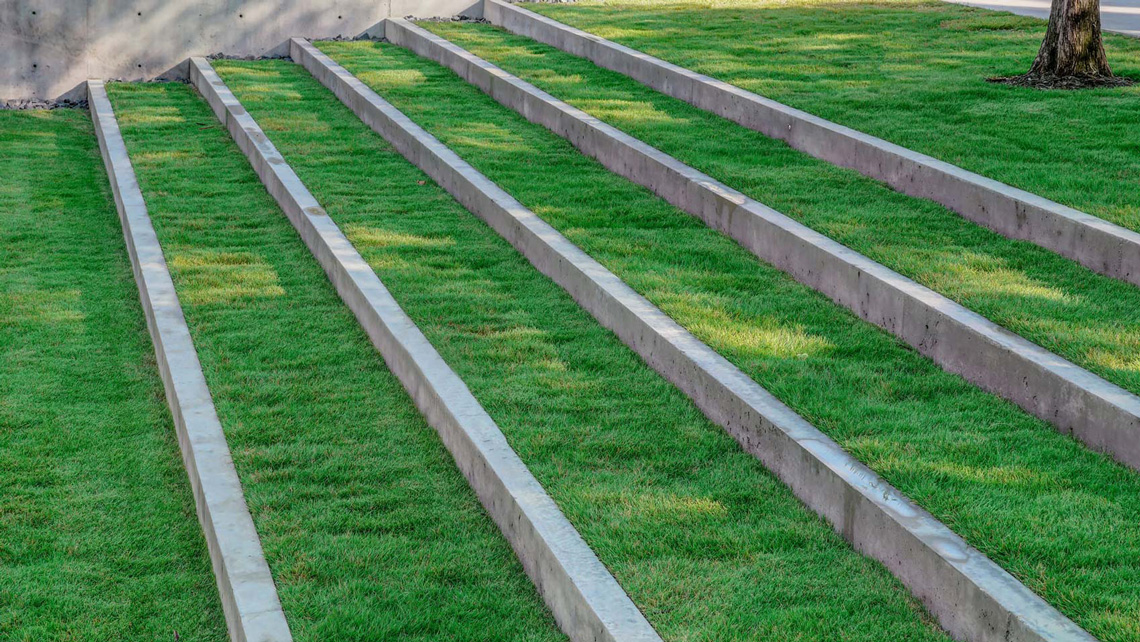 “We kept flaggers occupied to control traffic, and we kept the site very clean during installation,” he says.

As if that wouldn’t be challenging enough for the company, Craven says the job had some other aspects that made it memorable. One run-of-the-mill facet regarded timing of the project. As with so many other large projects, the landscape contractor was among the last to get on the site, leaving Southern Botanical approximately 90 days before the grand opening. 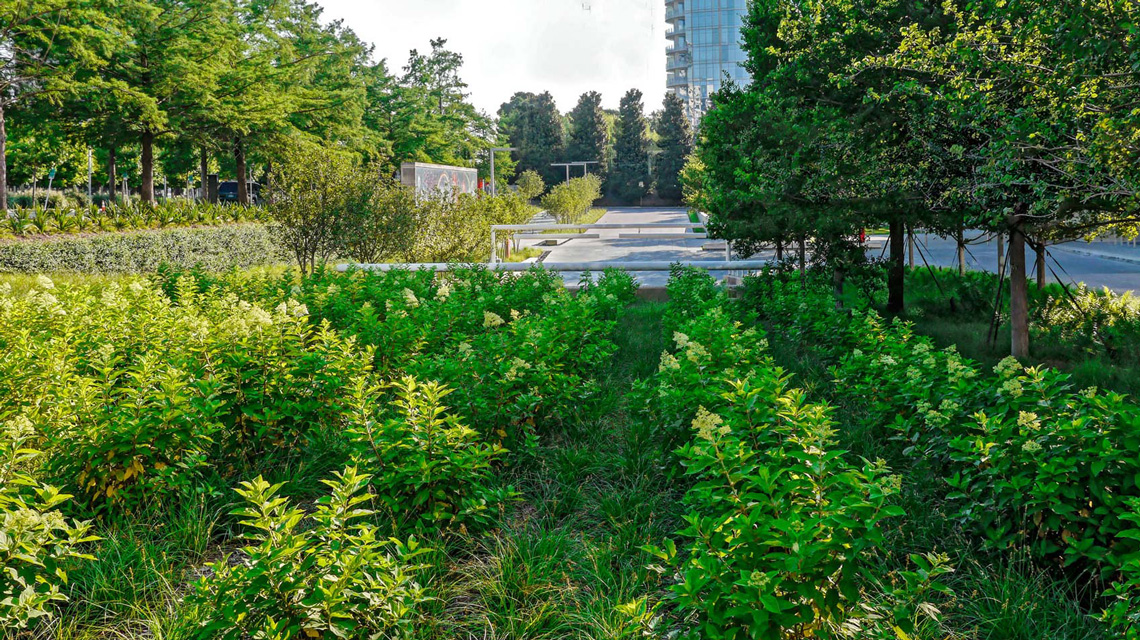 “The project had a very hard deadline by which it had to be completed,” he says. “Our window to install the landscape was very tight, but we have a fantastic team and we were able to complete the project within that window.”

Still another issue tied to the location of the job: the expansive new lawn area includes an outdoor exhibition space at the north entrance. A specially commissioned work for the space entitled “Pas de Deux” or “Plaza Monument” is a 14-foot tall sculpture by Rebecca Warren. The piece is her first work to be commissioned by a U.S. museum and is very site-specific. 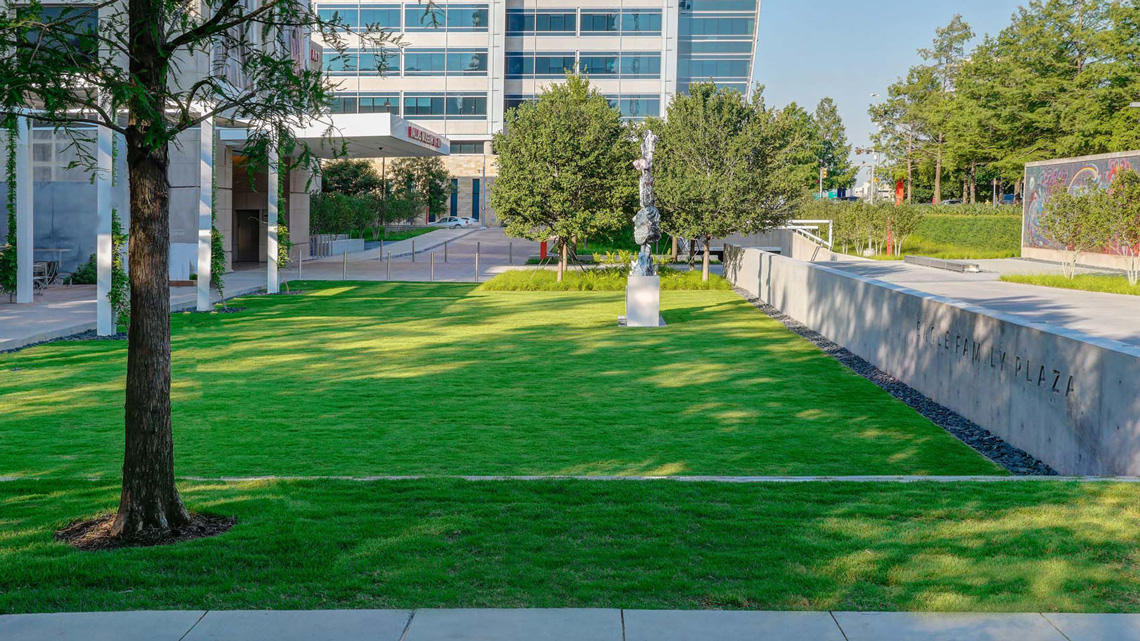 “We had to install around some very high-end hardscape (both Indiana limestone and colored and sandblasted concrete), as well as the artwork,” says Craven. “We had to take great care to protect those assets.”

However, he says the biggest challenge for his crew was a green gabion wall planted with purple winter creeper. Not only is it the first such wall Southern Botanical has ever installed, but adding to the difficulty was an unanticipated electrical duct bank buried at the site of the installation which had to be engineered around. 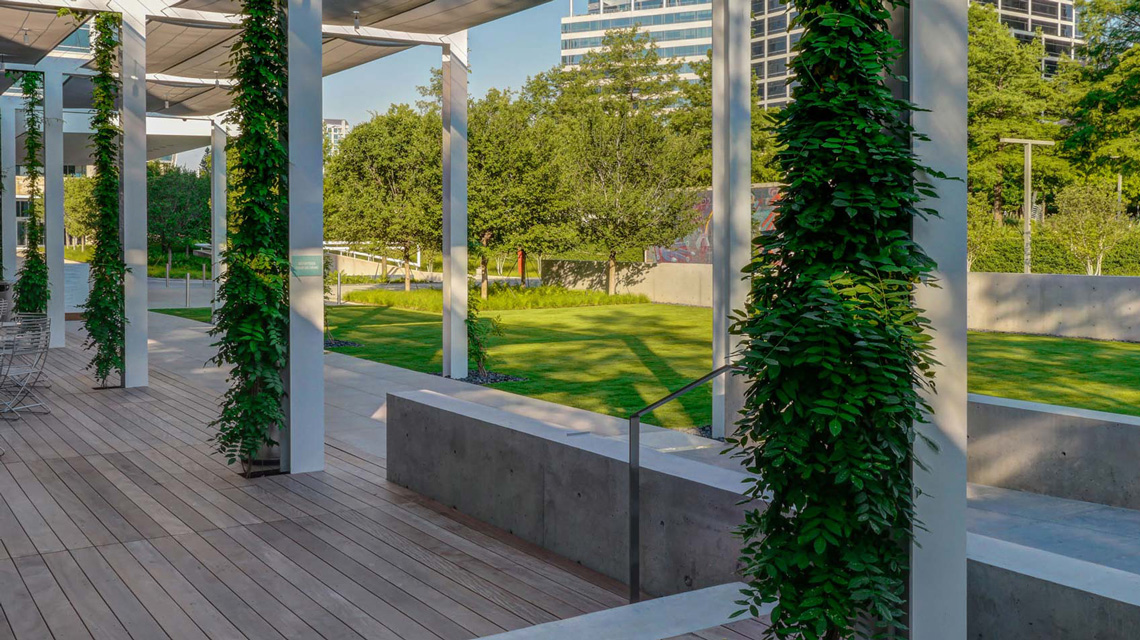 “The gabions are essentially large wire baskets filled with large rock, soil bags and drip irrigation,” Craven explains. “Installing them at the perfect angle, keeping them perfectly level and keeping crisp edges while lacing in the drip system and not having leaks was a challenge. Fortunately, our crew quickly got the hang of it.”

The gabion wall certainly provided Craven and his crew with a learning experience, as well. 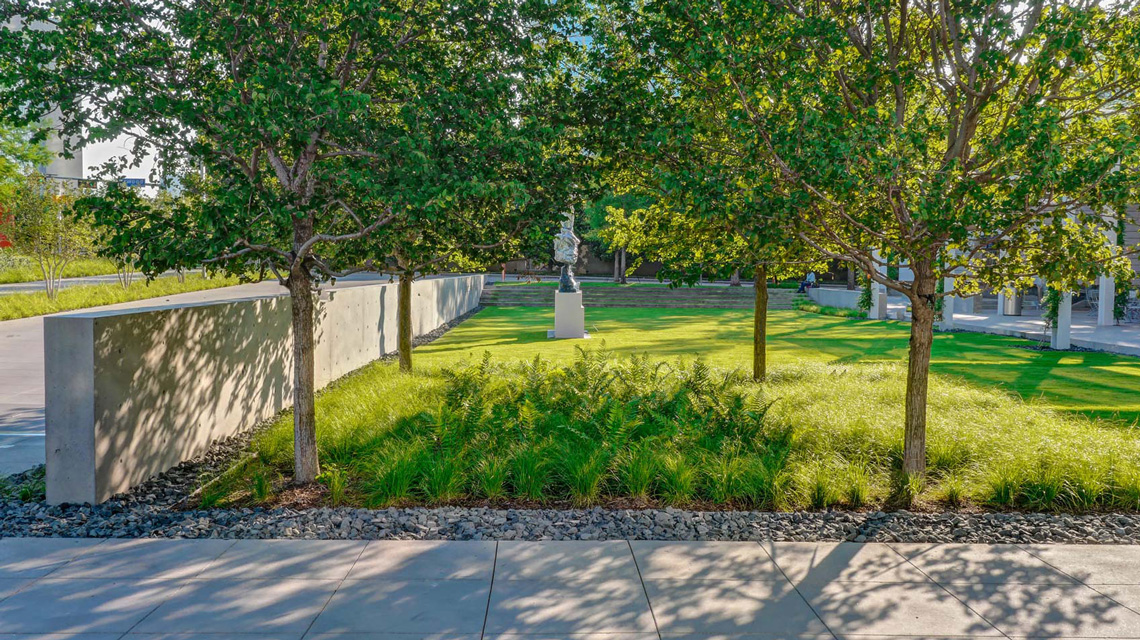 “With special projects such as the gabion wall, we learned that looking for unknown underground obstacles early on is key,” he says.

Even with that little blip, Craven is justifiably proud of the project, which came in on time and on budget and brought the company an on-going maintenance contract, as well.

“Completing the project named for our long-term client was one of the best aspects of the job,” he concludes. “We’re also proud that this is a public space that everyone gets to enjoy. Every day, buses full of school children are welcomed to the museum through the Eagle Family Plaza.” 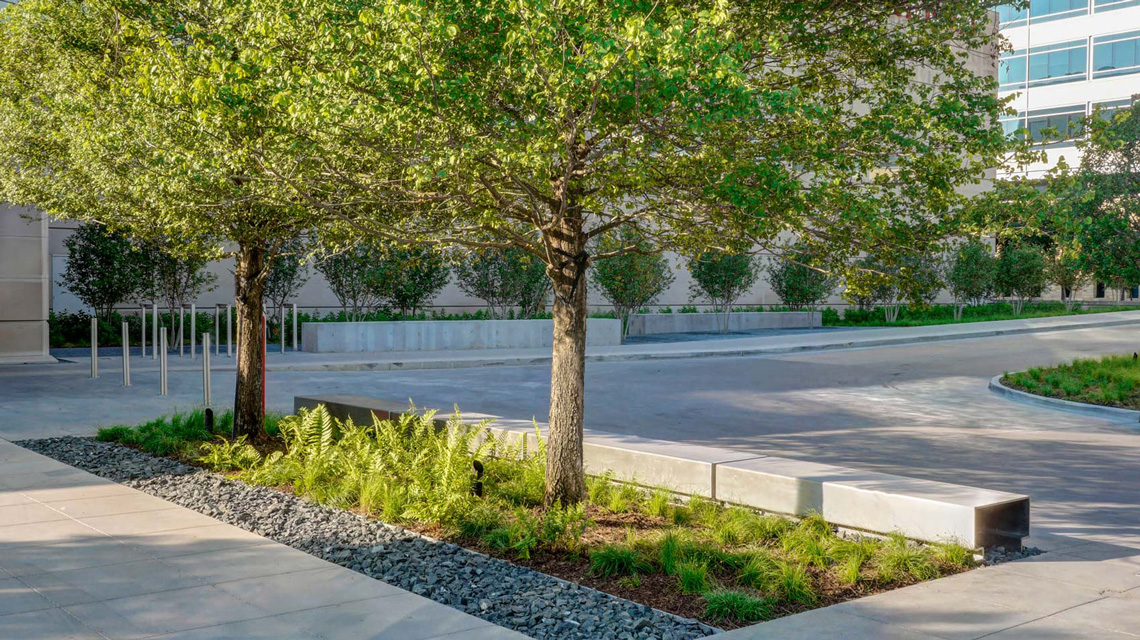