Andrew Beattie, HLT, isn’t much for blowing his own horn. The owner of Ideal Landscape Services sums up a driveway, walkway and front gardens project his company did for homeowners in nearby Sugarbush as, “pretty straightforward.”

However, judges for the annual Landscape Ontario Horticultural Trades Association weren’t quite as blasé about the job. They honored it as a prize-winner in their most recent competition in the category of residential construction from $25,000-$50,000.

And, at first glance, the project is straightforward. The homeowners were looking for an upgrade of the gravel driveway outlined with local stone that the builder had installed with their new home a couple years previously. 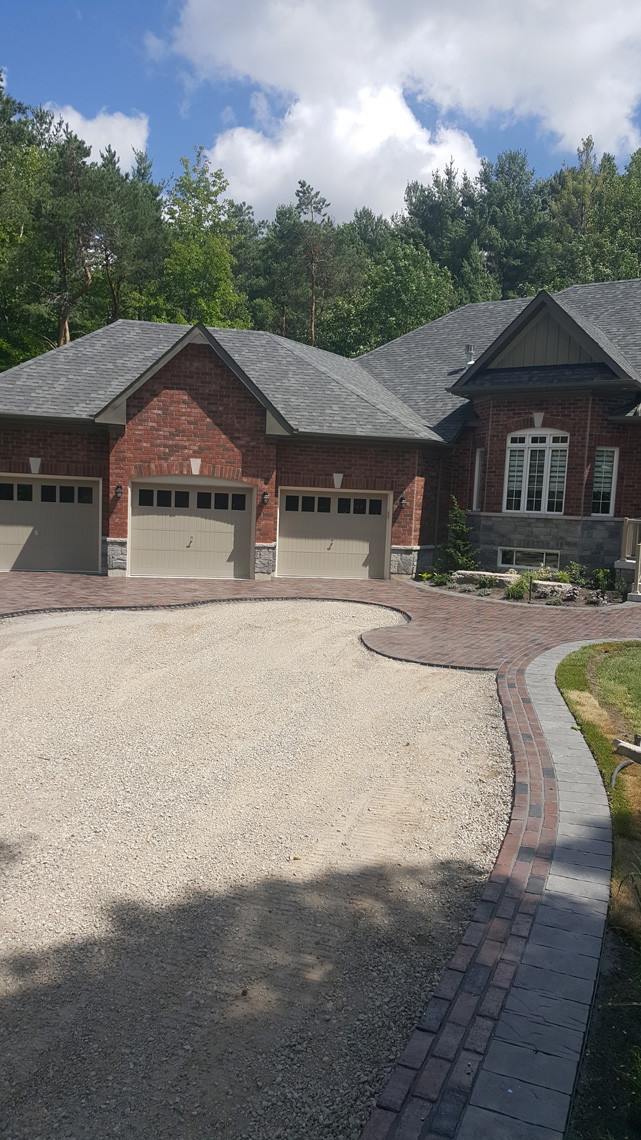 “They just Googled on the internet and then called me up,” says Beattie to explain his relationship with the clients. “They really wanted a new front entrance for their new house and an upgrade of the gravel driveway.”

As his firm’s designer, Beattie met with the couple and received input on what their thoughts were on the project. Then, he went to work.

One area where Beattie did have to do some selling was in the choice of pavers – approximately 500 square feet – for the job. He says his clients’ initial choice wasn’t a high-end product. As a Unilock authorized contractor, he admits to steering them in that direction. 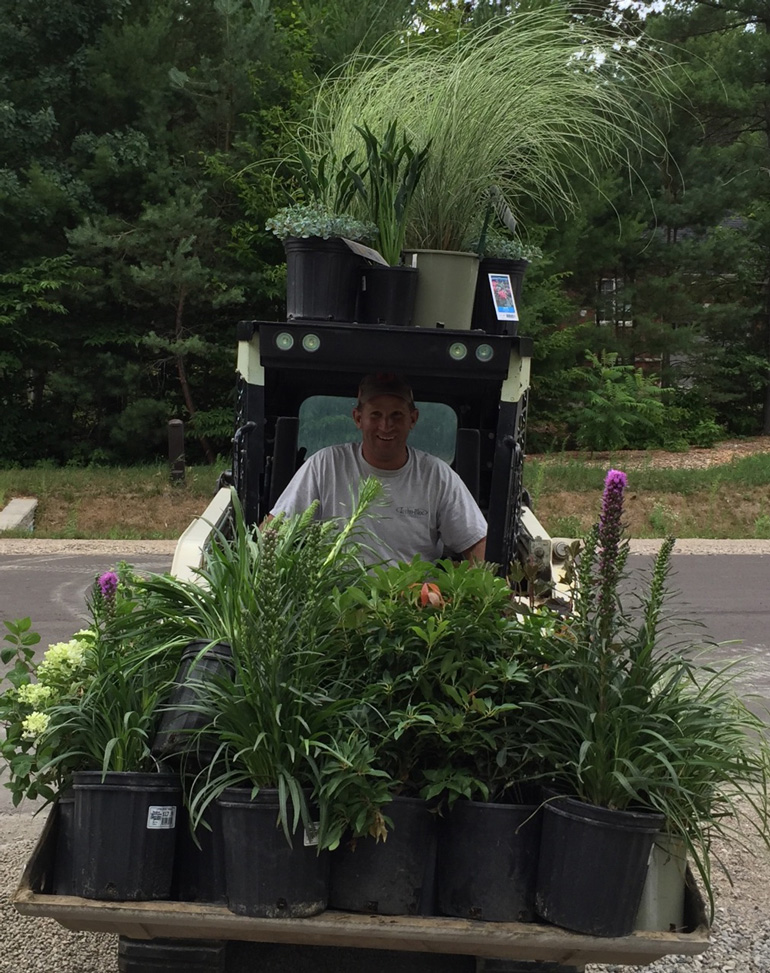 “They wanted to go with an inferior paver,” he says. “I had a chat with them about not going that route for different reasons, and they ended up going with something even better than I’d suggested.”

Ultimately, the job was completed using Unilock’s Town Hall series, which offers the appearance of historic cast pavers, accented with its Thornbury line, which comes in three different sizes.

The pavers serve as a walkway and outline the asphalt driveway. Beattie says the suggestion to limit the use of pavers to outline the driveway was not done entirely for financial considerations – although cost did play some role in the decision. 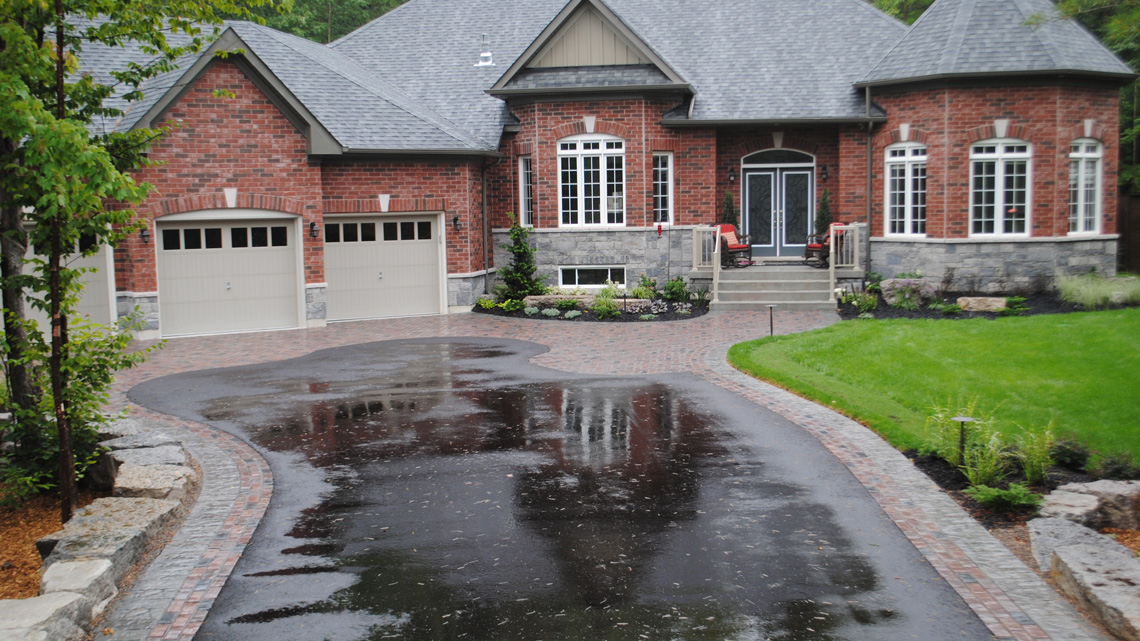 “Having a total interlock driveway just loses the special look to it,” he says. “The asphalt really gives the front entry more punch in my opinion. And, it is a quite large driveway.”

The small boulders outlining the driveway and initially installed by the homebuilder were left in place, although Beattie opted to take them into his garden design.

“Adding some natural stone into the garden ties it all together, I think,” Beattie says.

Nor were the clients’ particularly fussy about the plant palette for their front lawn gardens. Beattie says his main goal was to give them a good package that shows well through all four seasons. 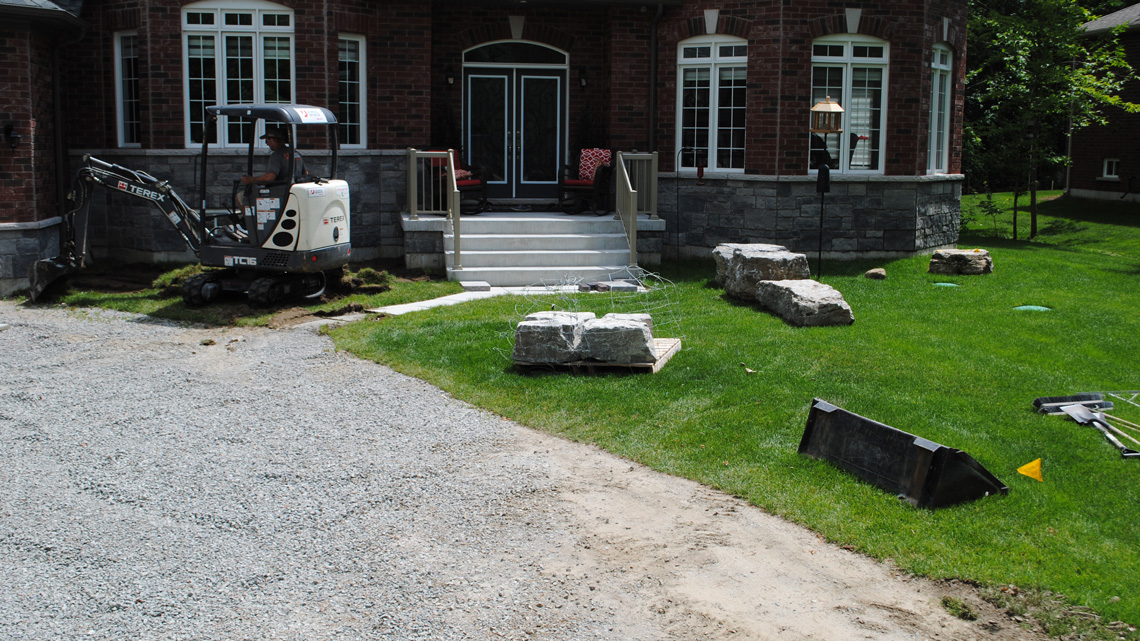 “They picked out two special evergreen plants they liked, and we just fit them into the design,” he says. “They felt they were neat specimens and they wanted something that was striking year-round. And, of course, you have to have some flowers.”

To complete the two-week job, Beattie and his two-man crew installed additional lighting to complement what the clients already had on the front of their home.

“We just did a couple up-lights at the front and then some path lights,” he says. “They didn’t want to get into anything too drastic. They wanted something subtle and they really like their existing house lights. We didn’t want to take away from that, but we needed to add some flair to the landscape itself.”

Not surprisingly, Beattie says with this job he’s most proud of the clients’ satisfaction.

“We treat each client individually,” he stresses. “We come in and read the situation and listen to the client, and it all works out.”

Because of the flat lot and existing driveway, he adds that the job presented few challenges. The biggest was dealing with some drainage from the gutters off the house.

“We don’t like water going across our interlock,” is how he puts it. “We put in some underground pipe and moved it into a lower area garden where they had a couple trees planted.” 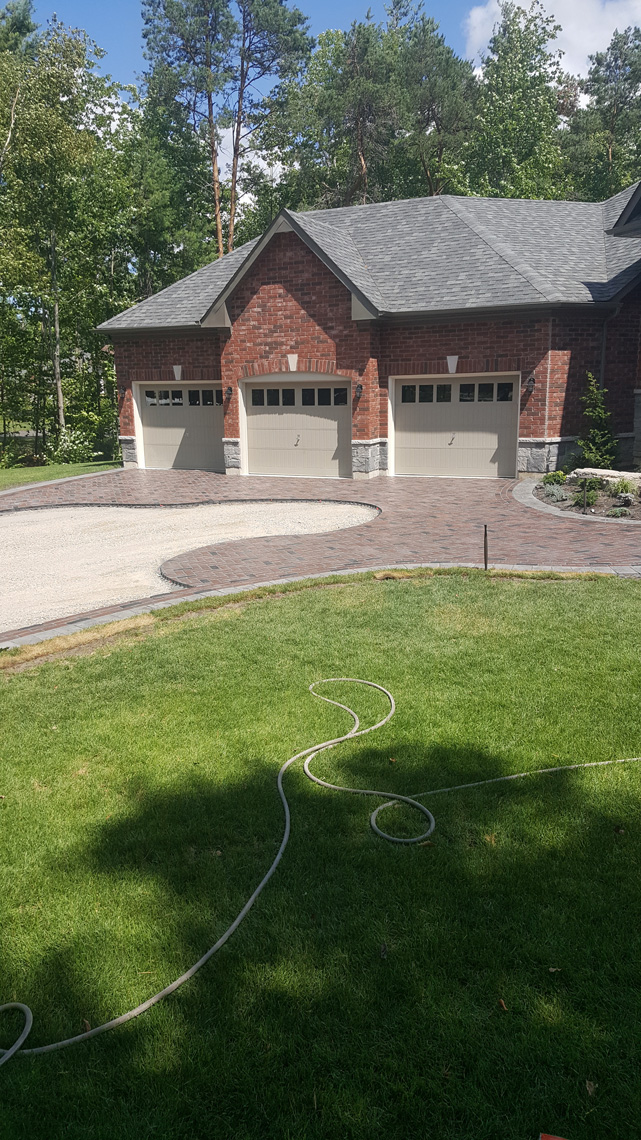 As a paver guy, Beattie adds that’s his favorite part of the job, not just for the overall look they provide here, but due to how well they complement the exterior of the house.

“It was basically a four-color blend for the Town Hall,” he explains. “It was mostly a matter of taking stone from all four skids to make sure we had a good mix.”

While Beattie says this project didn’t necessarily serve as a learning experience, he does wonder if he needs to brush up on his sales skills. He says a subsequent visit to the clients showed they’d made the garden a little bigger and put in about a half dozen more shrubs.

“I commented that maybe I didn’t sell hard enough,” Beattie admits. “I’m not a pushy sales guy, and we had a good laugh at it, but when people start talking budget, I start backing off a bit.”

Still, the relationship remains good. Beattie was also out later to replace a plant he had guaranteed that had died over the winter, and he says talk has started about them doing something in their backyard.

“He’s done a bit himself, but they also realize how much work it can be,” Beattie concludes. “If you only own a shovel and a wheelbarrow, it can be a lot of work.”