In fact, a study conducted by the American Society of Landscape Architects recently found that those two landscape qualities were rated the most desirable. This helps explain the increased use of native plants in landscape design and the style of landscaping that is catching on in the drought-ravaged West that some are calling “New Age Minimalist.” As part of this style, native plants are not only more drought-tolerant and better able to thrive in their local climate, but they also can be quite beautiful.

The evolution of native plants

While the native plant movement seems to have only recently taken off, the fact is that its roots are deeply entrenched. Native plant gardening dates back to the European settlement of America, if not earlier, says Linda R. McMahan, a horticulturist with Oregon State University Extension Service. Certain pioneers of native plant design helped lead the way for others to incorporate natives into their landscapes. Thomas Jefferson, for instance, was said to experiment widely with Southeast native plants, including Osage orange used as a hedge, McMahan says.

However, even then, most landscape designs were based not only around European concepts but also imported European plants. Gardened areas were typically thought of as distinctly separate from the surrounding natural landscape. In more recent years, landscape designs are increasingly inspired directly by nature, McMahan says. Natural habitats and gardened areas may even blend seamlessly.

“Native ground cover has been increasingly used to replace those of non-native origins,” McMahan continues. “And plants formerly considered to be weeds may now even be used for their garden or wildlife value.”

Today, gardeners often think of native plants’ benefits to the land. The plants attract wildlife, serving as good habitat and food for a lot of native fauna. They can play a significant role in keeping the landscape healthy.

The trend takes off

The reasons behind the growing trend are manifold. McMahan cites garden historian Penelope Hobhouse, who has noted gardeners’ concerns about rare species, water conservation and wildlife habitat. Hobhouse believes responsible gardeners care about the environment and value their contributions to nature.

Indeed, many people are beginning to desire a return to “natural living.” The cyclical nature of such trends is that the “old” tends to come back around, and nothing is older than being one with nature. In fact, there has been a movement toward “getting back to nature” in general as consumers opt for more organic goods and services.

“I definitely think the increased interest in native plants goes along with other trends we’re seeing, such as involvement in CSAs [community-supported agriculture programs], a desire for non-GMO foods and even just a desire for fewer chemicals,” says Dean Stafford, owner of Dean’s Landscaping LLC, West Chester, Pennsylvania. “People have just gotten tired of this chemical-laden society that we’ve become. We spray all our plants and our food—and many people want to get away from that now.”

Also propelling the trend is corporate interest in green design. McMahan points out that many contractors are seeking conservation certifications for their new buildings, which may require the use of native plants.

Of course, another reason for the increased interest in native plant design is the increased interest in sustainability. People are finally beginning to care about the benefits of native plants in the landscape, says Michael Saint of The Native Plant Institute LLC in Oakland Township, Michigan, and Daytona Beach, Florida, and a former executive officer of the state’s wildflower association. “Because non-natives have become so invasive and are creating havoc with our native woodlands, meadows and fields, people are finally starting to get it,” Saint says. “Plus, if you look at the drought situation in California, there are many native plants that people can use that are drought-tolerant.”

And as people begin to realize how many choices they have, they find it’s not necessary to consider non-native options. Michigan alone has more than 1,500 beautiful native perennials, shrubs and trees that are low-maintenance and require little water, Saint says.

Beauty is certainly a characteristic that is often left out of the native plant discussion. More often than not, native plants are talked about in the context of sustainability as opposed to their aesthetic power.

“The look and the style of native plants are often overshadowed by their other benefits—the obvious being drought tolerance and sustainability,” says Stephen Carlin, landscape designer with Sebert Landscape, Bartlett, Illinois. “But native plants can be very aesthetically pleasing. You could call it a minimalist approach to landscape design. A native plant design tends to have a minimal, clean and simple look that is aesthetically quite beautiful.”

To achieve that minimalistic style, Carlin says he chooses lower-growing native plants, such as regionally native ornamental grasses. He tries to avoid the overgrown look, which some may find “messy.” He lets the client and the job be his guides.

In most ways, a design that incorporates native plants is not different from any other design. Stafford says he looks at the exact same details. For example, are the conditions sunny, shady, wet or dry? And what is the intention: to create curb appeal or perhaps a border?

“The truth is that you can use native plants in any format that you’d use more commonly known plants,” Stafford says. “There’s a native plant that will fill each and every niche.”

Saint adds: “They have the same needs as non-natives. All you need to do is plant them in the right conditions.”

When clients aren’t educated about native plants but are curious, Carlin might “utilize some native plants in an area that isn’t super high-profile like the front of a building would be. We’ll incorporate them into the surrounding area, which gives the client a taste.”

There’s no doubt that many individuals don’t know a lot about native plants, and that can pose challenges with incorporating them. Brita van Rossum, a landscape designer for B. DeMichele Inc. in Media, Pennsylvania, says while most gardeners are aware of native plants and understand their value, the company’s average client is not a gardener.

“Our average client is a person who only wants their yard to look nice,” van Rossum says. “I have tried to discuss the benefits of natives with clients who seem receptive to hearing my message, but … many clients aren’t interested. They just want their landscape to look great and to grow plants that they have seen and liked.”

However, that hasn’t discouraged van Rossum from incorporating native plants into her designs. Her tactic is to suggest plants that would work well, and she doesn’t necessarily point out which plants are native. Making a big deal about native plants can backfire with some clients, she says.

“I find when people hear the word ‘native’ or ‘wildflower,’ they automatically assume they are less ornamental than the exotic alternatives,” van Rossum says. “Bottom line: I try to focus on picking good plants for the site. Plants like rudbeckias and river birch are so familiar that clients request them. My hope is that as other natives become more familiar to the general public, they will start becoming frequent requests as well.”

Van Rossum estimates that native plants are incorporated in approximately 10 to 20 percent of landscape designs in her area. She would like to see that number jump to 50 to 75 percent.

“A big problem is availability,” van Rossum admits. “There are many ornamental natives, but unfortunately they’re harder to find than the usual exotics.”

As interest in native plants continues to grow, van Rossum hopes availability will improve. “The best way to make natives more popular is to use them,” she adds matter-of-factly. “Whenever possible, use them in public landscapes, where they will be highly visible.”

Stafford believes the door is open for the industry to embrace native plants as clients’ interests in living more natural lives surges. But he says the green industry must take the next step. “I believe people are becoming more open and receptive to native plants,” he says. “It’s incumbent upon our industry as a whole to start incorporating them whenever we can. We’re on the front line. If we start suggesting native plants, discussing their attributes and using them in designs, I think people will receive them with open arms.” 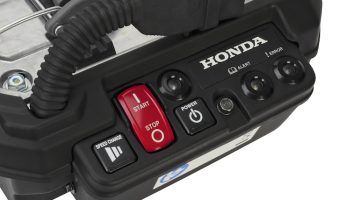 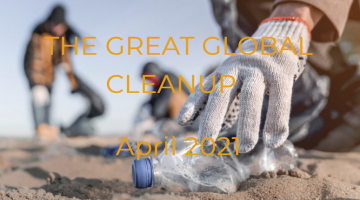