Crane Fly Larvae Can Be Devastating to Turf

Larvae of the European crane fly can put the big hurt on a lawn, but Gwen Stahnke has several solutions based on turfgrass needs.

This pest became a problem in Washington state in the mid-1960s as an import delivered in the ballast of ships, according to Stahnke, who is the extension turfgrass specialist at Washington State University at Puyallup. A Ph.D. in horticulture with a turfgrass specialty, she has worked at WSU for 21 years and has seen a lot of pests. This can be one of the worst, and is complicated by the more recent introduction of the common crane fly.

Encountered primarily in the Pacific Northwest and British Columbia, with a separate established population in the region from New York to Ontario, Canada, the adult European crane fly (ECF) (Tipula paludosa) looks like a giant mosquito, but does not prey on humans or grass. It’s the larvae of both species that can be a problem, with the ECF causing more damage to grass than the common crane fly (CCF). There are also many native crane flies, which are harmless.

“The larvae chew on the grass roots and crowns, and the larger instars come up at night and feed on the leaves,” Stahnke says of the ECF. Adults emerge in late summer in Washington and lay their eggs in the thatch layer of the grass. The larvae emerge in the early fall over a three-month period and begin feeding. CCF adults emerge in March/April as well as September/October. Between the two species, populations of larvae can be high The larvae gradually develop a tough outer skin, which has earned them the nickname leatherjackets.

Healthy turfgrass is the best insurance against crane fly larvae, and in the fall they can be naturally controlled somewhat if the grass is allowed to dry out. This results in the desiccation of the eggs. The only other cultural control she has found to be successful is to fertilize and try to get the grass to grow out of the damage. This is usually best accomplished if the problem is recognized early and the necessary fertilizer is applied early enough in the summer to push the growth before larvae become too damaging.

This, in turn, necessitates a good monitoring program. Stahnke uses a golf course cup cutter to check for larvae, and if she finds two in that circle that calculates out to about 25 per square foot. That is a good economic threshold at which to begin treatment, she says, though that depends on the situation. She starts monitoring about mid-November, which is the time in Washington when the larvae are big enough to identify with the naked eye.

Stahnke’s chemical trials of crane fly controls over the years have allowed her to devise three different treatments, one for different times of the year and different larval sizes. It is important, once the presence of crane flies is established, to get in the habit of monitoring them and determining which of the three control methods to use. If the last 45 years are any indication, this will continue to be a long-term problem.

The first control option takes place during the adults’ oviposition phase in the fall. In her location, Stahnke says this is about September 15. There are two interchangeable insecticides that have proven to give 75 percent control of larvae at this point: imidacloprid (Merit) and thiamethoxam (Meridian). These are “least-toxic” formulations that give good control at labeled rates and have a short residual period. Stahnke points out that this treatment will not work if they are used at one of the other time periods. A 75 percent control level works out pretty well, as she calculates that birds eat about 30 percent of the larvae in any case.

The second control window is around November 15, when the larvae of the ECF are at the second instar level. Dursban used to be Stahnke’s insecticide of choice here, but it is no longer registered for home and commercial lawns. At this point she recommends four insecticides. The first is bifenthrin (Talstar in formulations FL, PL and EZ; as well as Onyx and One), and the second, although it may go off the market in the future, is carbaryl (Sevin SL). At this time of the year those two chemicals have been shown to give control in the 85 percent range in her tests. The last two formulations, a mix of clothianidin and bifenthrin (Aloft), and clothianidin by itself (Arena), provided 95 percent control and 75 percent control, respectively.

The third control period is from February to mid-March, when the ECF is in its fourth instar and the CCF is in its third instar. Again carbaryl (Sevin SL) will achieve 60 percent control even at a low application rate, which is generally adequate with birds feeding on the larvae. Another chemical effective at this time is bifenthrin (Talstar), which has given her almost a 90 percent control rate in her trials. A third is indoxacarb (Provaunt), and a fourth is chlorantraniliprole (Acelepryn). The last two are new products that both provided about 95 percent control.

“You should only need to make one application of an insecticide for larvae per year,” Stahnke emphasizes. “You just need to decide which one fits your timing and budget.”

That question is best answered by weighing factors such as which instar is easiest to treat in your area, how your weather patterns make the job easier or more difficult, how monitoring reveals the most vulnerable stage and which chemical fits your budget best. The other factor to consider is whether a facility has both species of crane fly. If so, the best possible treatment level may be the second choice, in November, which can catch overlapping vulnerable stages of both species.

Stahnke adds that turfgrass managers can count on birds, raccoons and skunks to eat many larvae at all times of the year, but, at least in the Pacific Northwest, the birds’ churning action in the soil or rolling of the sod by raccoons and skunks often adds a more severe level of damage. She cautions professionals to be on the lookout for this pest early and be aware of possible control methods, because it is spreading its range. 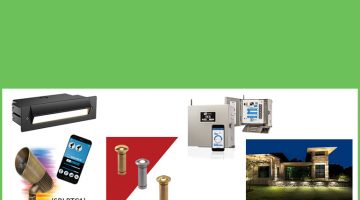 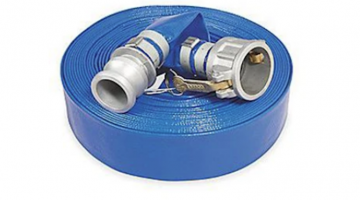 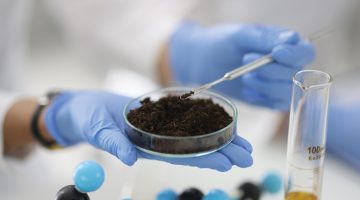