forgop: “Anyone have a good rule of thumb as far as whether I’ve put down about all the seed I can for the year in Indianapolis? Our highs recently, and over the next 10 days, are averaging upper 60s to low 70s, and the lows appear to be mid to upper 40s for the most part. I’ve already put a good bit down, but may go through with another hellacious round to get some thin spots covered before the year is up. Thanks!”

scoop: “I’m not a pro by any means, but it is a little late in the season. I aerated and overseeded on September 17 and maybe should have done it a week sooner. Although I am a little further north.”

atasteofnature: “I will try to help out a little bit. Optimum temperature for shoot growth is 60 to 75 degrees Fahrenheit and optimum soil temp for root growth is 50 to 65 degrees Fahrenheit. I know the nights are getting cooler, but the days are warming up quite nicely. A good starter fertilizer with a good irrigation program will help it along. You might also think of mulch (straw); this will help hold water in our drought situation in the state plus it will help regulate the temperatures from fluctuating up and down so much. I hope this helps out a little.”

grassman177: “It is all about the long-range forecast and staying in those temps mentioned. With good irrigation to not let it dry out, it will germinate and make it, but be warned, without irrigation systems no one will keep it wet enough to get it started well to make it OK through late fall and heavy frosts, etc. Better at that point to either do it very late as a dormant seeding or just wait until spring.”

atasteofnature: “The optimum window is August 15 to September 15, but also famous words from my turf science professor, ‘It depends.’ There are rules of thumb, but each situation is different. There is also what they call dormant seeding as well, which leaves the seed on top of soils, which is average at best.”

forgop: “There was no way I was seeding here during that period as we still had a lot of days in September with 90-plus degree weather. I don’t think I got any seed out until maybe around September 20 or so.”

DA Quality Lawn & YS: “True, this year (only) you could have seeded later than the average year. We just went through a stretch of 10-plus days in the 70s and 80s. If you would have seeded at the beginning of that stretch, then watered, I think the new grass would have been just peachy.”

forgop: “I’ve gone through my front yard twice already in the past three weeks and watered it pretty heavily. It’s coming in, but still has a good bit to go for that thick coverage. I lost most of it in August as we were on vacation, had a tiny rain of some sort, with 15 or so consecutive days over 90. It was almost completely burnt to a crisp when I got back.”

tobylou8: “Somebody already mentioned it, but I will ditto. If your soil temp is 60 or under, go for it. The grass doesn’t know what day, month or even what year it is.”

“In Your Own Words” is contributed from the lawn care and landscape forum at www.lawnsite.com, which has been named one of 10 Great Media Sites by Media Business magazine and has been chosen as a winner of the Most Engaged Media Brands for 2010 by min, a firm that tracks the media industry. Visit them, and join in the discussions. 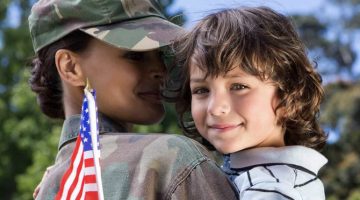 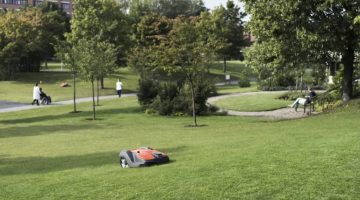