9 Formulations You Need to Know

Lawn pros should know these nine formulations that are common in the industry.

The abbreviations we use to describe formulations come from CropLife International, which generally follows a two-letter convention. Even so, one and three-letter designations are not uncommon. Here are some of the major formulations used in the turf and ornamental industry.

Emulsifiable Concentrate (EC): This formulation usually contains the active ingredient (A.I.) and an emulsifier that allows the formulation to be mixed with water. These concentrates are soluble in oil and form an oil-in-water emulsion that look milky. Some agitation may be necessary to keep the emulsion from separating.

Dry Flowable (DF): Finely ground solid material with a high concentration of active ingredient is suspended in a liquid to form a suspension similar to a WP. Using a flowable formulation allows the application of water-insoluble herbicides in water.

Granule (G): This is a ready-to-use dry mixture of an active ingredient with some porous material, such as clay. These are large particles. Their weight causes them to drop to the ground to serve as a soil treatment.

Soluble Powder (SP): This dry formulation contains a high percentage of A.I. and looks like a WP. The difference is that SPs form a true solution in water.

Solution (S): This liquid formulation contains an A.I. (or A.I.’s) and also additives. When these herbicides are mixed with water, the active does not settle out of solution.

Suspension Concentrate (SC): Water suspension concentrate is formed by dispersing solid technical materials that are insoluble or poorly insoluble in water into water via agitation and with the action of surfactants to make them form a uniform and stable suspension.

Suspoemulsion (SE): The spray mixture comprises both solid particles (in suspension) and emulsion droplets finely distributed in water. SE formulations are suitable when it is necessary to combine two A.I.’s that differ greatly in solubility or melting point.

Water-Dispersible Granule (WDG): A WDG formulation produces much less dust during mixing than wettable powders, and quickly forms a uniform suspension in the spray tank. On the down side, a DF or WDG is more likely to plug spray nozzles and trips than an EC.

Wettable Powder (WP): An active ingredient is taken up and held by these finely ground solids (usually clay), which look like dust. WPs, when mixed with water for application form a suspension rather than a true solution. WPs contain a higher percentage of A.I. than granules.

Previous post How to Get Started on Social Media Today 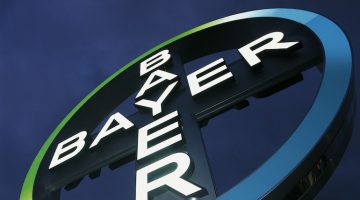