Weeds On The Move

Turf managers rely upon an extensive arsenal of strategies and chemical products, synthetic and natural, to rid clients’ properties of weeds or to prevent their appearance in the first place. LCOs need as much ammunition as they can get because of the many different species of weeds that can infest clients’ properties, and because weed populations are dynamic.

Weeds are always ready to establish themselves given a patch of bare earth or an area of thin struggling turf. Complicating the issue further, changing conditions—regulatory, climatic, even regional weather conditions—from year to year can exacerbate some weed problems or encourage new ones. Weeds are incredibly opportunistic.

While some species of weeds, such as crabgrass and clover, are found in just about every corner of the U.S. and Canada, some species are more likely to be regional problems.

Yellow nutsedge is just one of several cultivars of the species of nutsedge, sometimes also called nutgrass. Yellow nutsedge is a perennial that grows on low moist ground in all soil types, and it is now found across the U.S.  PHOTO: HOWARD F. SCHWARTZ, COLORADO STATE UNIVERSITY, BUGWOOD.ORG

Nutsedge, kyllinga on the march

Yellow nutsedge is just one of several cultivars of this troublesome species of nutsedge, sometimes also called nutgrass. Underground tubers that form at the end of each rootlet are more important than seeds in the reproduction of yellow nutsedge. Yellow nutsedge, a perennial, grows on low moist ground in all soil types, and it is now found across the U.S.

Both green kyllinga and false green kyllinga are perennials, as well. With well-developed rhizomes, they tend to thrive under close mowing (under 1 inch or less), and are prolific in poorly drained or wet areas. Green kyllinga, in particular, is difficult to control once it forms a large mat on a property. The ranges of these weeds are spreading, reports North Carolina State University Extension.

“I think climate has a role to play in the spread of weeds, such as kyllinga,” says Walls. “Last season was cool and wet in the Northeast, and we know that kyllinga likes moisture.”

Dave Loecke, product manager for turf & ornamentals and agriculture, PBI/Gordon, Kansas City, Missouri, says that quackgrass (Elymus repens), goosegrass (Galium aparine) and yellow nutsedge are becoming bigger problems in the Midwest. “Before, maybe homeowners saw just a few of these weeds in their lawns, but now they’re seeing a whole bunch of them,” Loecke says. “That’s when they’ll call a LCO and say, ‘You killed all the broadleaf weeds, but what are these other things? We have some weird looking grass growing on our lawn.’”

Loss of MSMA a big deal

Some lawn care experts blame the shift in weed pressure—in part anyway—on the loss several years ago of the herbicide MSMA (Monosodium methanearsonate). The banning of that product by the EPA is also being blamed for the spread of kyllinga and nutsedge in the U.S.

Dr. Ramon Leon is one of them. Leon, a weed scientist at the University of Florida, says the loss of MSMA in 2010 is the biggest challenge facing turf managers in the South in terms of providing weed control. “We have lost control of major weed species, such as goosegrass (Eleusine indica), tropical signalgrass (Urochloa subquadripara) and blanket crabgrass (Digitaria serotina), which are very aggressive grass weeds,” says Leon. “Also, due to the loss of MSMA, the broadleaved species doveweed (Murdannia nudiflora) has been increasing its populations.”

Leon says there is no replacement for MSMA, and currently available postemergence herbicides do not provide equivalent control.

Leon says the introduction of new combo (weed & feed) products that reduce the use of atrazine in home lawns is another change underway. Atrazine controls a broad spectrum of weeds, but it moves easily in soil. The new products are very effective for most common weed species, he says, but will not exhibit atrazine’s broad spectrum of control.

“LCOs need to be ready to identify escapes of less common species, so they can control them with a follow up action before they (weeds) become predominant,” adds Leon.

Some weeds are more common in some regions of the U.S. and Canada than others, of course. For example, while bermudagrass is a valuable turfgrass for sports fields, golf courses and home lawns in much of the South and U.S. Southwest, it can be considered a weed when it turns up in home lawns and commercial properties, often in the same regions of the country.

Pretty, but unwanted in the West

English daisy (Bellis perennis L.) is one of the U.S. West’s most recognizable turf weeds. This broadleaf plant with white, pinkish to red petals and a big yellow disk-shaped center, can be very noticeable on lawns. The English daisy exhibits a prostrate or spreading growth habit that likes moist, cool soils.

If there are only a few English daisies on a home lawn or commercial site, they can be eliminated by digging them out of the soil. Multiple applications of a labeled postemergent herbicide will also control them.

Other weeds that create problems for western lawns include creeping woodsorrel (Oxalis corniculata), a spreading perennial broadleaf with reddish-purple color, as well as buckhorn plantain (Plantago lanceolata), California burclover (Medicago polymorpha) and spurges. There are many others, of course.

LCOs who manage the same properties from year to year will have a good idea which weeds to expect each season, says FMC’s Walls. It’s the lawns of new customers that often offer the biggest challenges to LCOs, especially when they are faced with a late, cold spring and many lawns to treat. Also, as mentioned previously in this article, the products, chemicals and application equipment available to turf managers change, too.

“These changes don’t typically happen very fast,” says Jeff Michel, herbicide product manager at Bayer CropScience. In regards to herbicides, they are rolled out over time so it does allow business owners time to learn about them. LCOs can stay abreast of these changes, including new regulations, by staying connected with their extension services, attending field days and belonging to industry organizations.

The same goes, to a large extent, for learning of the best strategies and products (synthetic or natural) to deal with difficult or emerging regional weed challenges.

“What works for a turf manager in controlling weeds one year may not work as well the next season. You have to keep your ears to the ground and tweak your program a bit each year to make it work,” says Walls.

Application equipment a factor, too

One of the biggest changes in turfgrass weed control this past decade has been the widespread adoption of riding lawn application equipment, Loecke points out. Many turf managers, for efficiency’s sake, now employ motorized ride-on (sitting or standing) units to treat clients’ properties.

“In years past, more folks were dragging hoses and putting down product at a higher volume. Now, with these ride-on units they are carrying far less water and using far fewer gallons per acre,” says Loecke. “They need to ask the questions: Will the herbicide that I am using work at that low of a volume? Will the amount of a liquid product being applied be sufficient to penetrate the plant canopy and provide control?”

Loecke says PBI/Gordon and other manufacturers are changing the way they do research to determine how effectively herbicides control weeds, and especially heavy weed pressures, at lower volumes.

In the end, the best defense against weeds is coupling weed control with turf best management practices (BMPs). Weeds, like turfgrass, require sunlight to flourish so maintaining thick, vigorously healthy lawns discourages weed invasions. BMPs include mowing at an optimum height (generally about 2.5 to 3 inches), proper fertilization, irrigation and insect and disease controls.

Finally, it’s never a good idea to make an application without knowing exactly what is being treated. Fortunately, there is a wealth of information—weed images, treatment strategies, product recommendations— on the Internet, all of it easily retrievable via a smartphone or tablet. 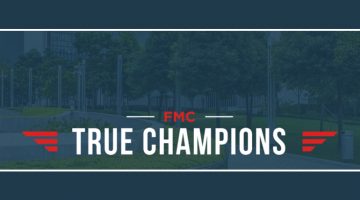 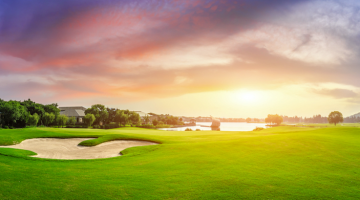