MARYSVILLE, Oh. — The Scotts Miracle-Gro Company announced strong first quarter results and a minority investment in Bonnie Plants Inc., the largest provider in the United States of potted vegetables and herbs sold to gardeners through a variety of retail outlets, according to a report on CNN.

“We couldn’t be more pleased with the start to the fiscal year and the partnership we are announcing today with Bonnie,” said Jim Hagedorn, chairman and chief executive officer. “Consumer purchases of our products were strong throughout the fall season and our retail partners were highly engaged. The level of engagement we’ve been seeing in the marketplace gives us a high level of confidence as we prepare for the upcoming season.

Net sales for the three months ended Jan. 2, 2016 increased 14 percent to $245.7 million, compared to $216.2 million during the same quarter a year ago. The year-over-year increase was primarily due to strong shipments in the U.S. core business, as well as the benefit of acquisitions. Due to the company’s fiscal calendar, the first quarter of 2016 had six more days in it than the first quarter of 2015. That difference had a sales impact of roughly $15 million.

The adjusted company-wide gross margin rate was 19.4 percent in the quarter, compared with 13.6 percent a year ago. The rate improvement was driven by strong product mix, the benefit of acquisitions and favorable distribution expense. The 2015 gross margin rate was negatively impacted by nearly $8 million related to mark-to-market adjustments for fuel hedging while similar adjustments in the first quarter of 2016 were only $4 million.

“We continued to take steps during the quarter to lock-in our costs for 2016, allowing us to benefit from lower fuel prices and provide for more certainty around our business,” said Randy Coleman, executive vice president and chief financial officer. “Gross margin rate improvement will be critical to our 2016 results and we remain confident the rate will improve 125 to 175 basis points on a full-year basis.”

Selling, general and administrative expenses (SG&A) were $139.5 million compared with $126.9 million a year ago. The year-over-year increase was primarily due to the timing of expenses as well as acquisitions.

These charges include deal costs related to the pending joint venture of Scotts LawnService and TruGreen, as well as the Company’s ongoing efforts to modify the structure of its European consumer business.

On a GAAP basis, the loss attributable to controlling interest was $81.3 million, or $1.32 per share, compared with $74.6 million, or $1.23 per share, a year ago. Given the seasonal nature of the lawn and garden category, the Company historically reports a loss in its fiscal first quarter.

The Company reiterated expectations for company-wide net sales to increase by approximately 4 to 5 percent in fiscal 2016.  Adjusted earnings per share are expected to be in a range of  $3.75 to $3.95 per share.

Previous post OPEI Welcomes New Members to Board of Directors 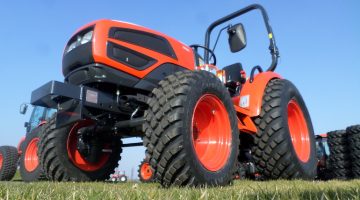