Can plants and gardens represent faith? Initially it might seem an obscure concept, but then consider the prevalence of clovers for St. Patrick’s Day, white lilies for Easter, or poinsettias for Christmas. In Ireland, I ran across a seed packet for planting a Virgin Mary garden. Using roses, columbines, pansies, sunflowers, rosemary and lavendar, Mary gardens date back centuries to when priests would assign religious names and symbolism to plants to teach a largely illiterate population about the faith.

So as Hanukkah begins this evening at sundown, what particular plants honor the Jewish traditions? The most well known is the “arba minim,” or four species, which play a key role the harvest festival of Sukkot. Incorporating palm branches, myrtle, and willow (or lulav) and citron (or etrog), the plants symbolically represent the human body—spine, eyes, lips, and heart respectively. An interesting article by David A.M. Wilensky of J., “Getting creative and hyperlocal with your lulav and etrog,” talks about how some faithful, in an effort to be more environmentally friendly, are replacing the traditional plants with indigenous species for their area—such as substituting bay laurel for myrtle in California. Wilensky profiles Rabbi Sara Shendelman, who grows three varieties of etrog trees in her backyard and speaks of her gardening as an act of devotion.

Beyond the arba minim, another source states that Jewish plants include the Seven Species listed in Deuteronomy 8:8: wheat, barley, figs, grapevines, pomegranates, olives, and date palm honey. “These Seven Species have sustained the Jewish people throughout history,” writes Jackie Carroll in, “What Is A Jewish Garden: How To Create A Jewish Biblical Garden,” at GardeningKnowHow.com. 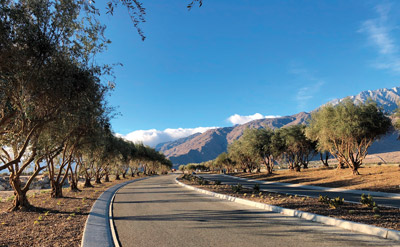 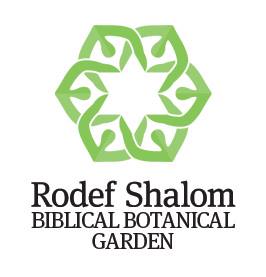 A particularly interesting connection between faith and plants can be found at the Rodef Shalom Biblical Botanical Garden in Pittsburgh, PA, the largest Biblical garden in North America. On the grounds of the Rodef Shalom Congregation in Pittsburgh, PA, which houses Western Pennsylvania’s oldest Jewish congregation—dating back to the 1840s—the Garden displays more than 100 temperate and tropical plants once grown in ancient Israel, such as olives and figs. Opened in 1987, it is intended as an interfaith experience in beauty, education, meditation and spiritual sustenance “so the world of plants can bring us closer to each other.”

In a setting meant to represent ancient Israel, a cascading waterfall flows into Lake Kineret, or the Sea of Galilee; this becomes a bubbling stream, illustrating the Jordan, which meanders through the garden, ending in a symbolic Dead Sea, surrounded by a small desert.

While the Garden features Biblical plants, it also displays numerous plants not grown in ancient Israel with Biblical names. According to the site, “Such plants demonstrate the universal love of the Bible as people in each century gave local plants biblical names, such as ‘Moses in the Basket’ or ‘Joseph’s Coat.'” Since two thirds of the garden’s plants are Mediterranean or tropical, several truckloads of plants must be brought in before the earliest frost and carefully tended during the long winter months. The Garden is free to the public from June 1 through September 15 annually.

For more information on Biblical Gardens throughout the world, visit the Biblical Botanical Gardens Society, USA. 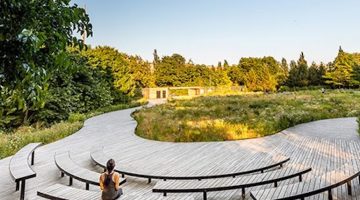