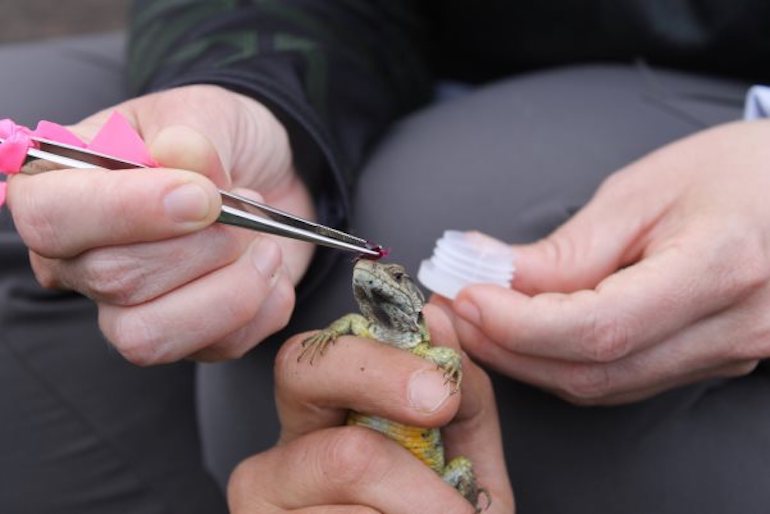 This tiny lizard, pollinator of the Hidden Flower, caused a big stir in plant sciences.

Flowers are all about marketing. From colors, scent, and physical structure (like the exact weight a petal will hold), plants are meticulously designed to attract just the right pollinator for the job. In most cases, that pollinator will be a bird, a bee, an insect, or sometimes even a mammal. But in a first for continental Africa, a “Hidden Flower” plant, located high up in the Maloti-Drakensberg World Heritage Site in South Africa, was recently discovered being pollinated by a reptile: the shy Drakensberg Crag Lizard.

Although flower visitation by lizards is not unknown, it had been thought to occur almost exclusively on oceanic islands. Project leader Ruth Cozien, from the Pollination Ecology Research Laboratory and Centre for Functional Biodiversity at the University of KwaZulu-Natal, says one should keep in mind that mountains are like “sky islands” and might therefore have similarities with oceanic islands in terms of their ecology.

Hidden Flower, true to its name, is a plant species with green flowers hidden at ground level, underneath the leaves of the plant.  The flowers are also strongly scented, and nectar-filled, but academics wondered who the pollinator was— a bee, a bird, perhaps a mouse, or non-flying mammal? 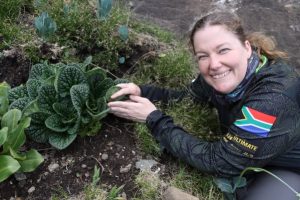 Initially, the group of researchers thought it was being pollinated by a non-flying mammal. “Everything about the plant made it look like it should be mammal-pollinated,” said Dr. Sandy-Lynn Steenhuisen, senior lecturer in the Department of Plant Sciences and affiliate of the Afromontane Research Unit (ARU) at the Qwaqwa Campus of the University of the Free State (UFS).

Steenhuisen was brought into the project because of her experience with rodents pollinating proteas. The researchers investigated all options, using several techniques to assess the contribution of different possible animals to set seed. To further assist them in their pollinator quest, the team put up motion cameras that recorded activity in the area of the Hidden Flower.

Studying the video material after a week of mountain fieldwork, the researchers were surprised to find the shy lizards dipping their snouts in the ‘Hidden Flower’ and lapping up the nectar. Steenhuisen described the discovery as completely bizarre, exciting, and fascinating.

It’s believed an important role in attracting female lizards is the strong scent and touch of orange color at the interior of the flower base, which resemble the orange color of a male lizard in mating season. Thus lured, the reptiles stick their snouts into the flower in search of nectar and pollinate the Hidden Flower.

It’s these unknown and surprising interactions that ensure a healthy ecosystem — for the slopes of Sentinel Peak in the Maloti Drakensberg range, it means the Hidden Flower will continue to grow. Rector and Vice-Chancellor of UFS, Professor Francis Petersen, comments: “This latest discovery by two African Universities highlights Africa’s importance on the issues of botanic and zoological diversity, which is relevant to the huge and growing concern about the environment and the loss of plant and animal species.”

Next post Keeping Your Compact Track Loader Up And Running 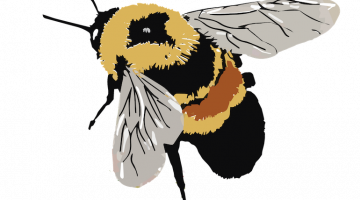