AgBiome LLC is a small company that collects, identifies, tests and prepares tiny microbes for a huge job — to protect food crop production worldwide. The efforts of the 5-year-old company, which is on the cutting edge of biologic and trait plant protection breakthroughs, are important for the turf and ornamental markets. 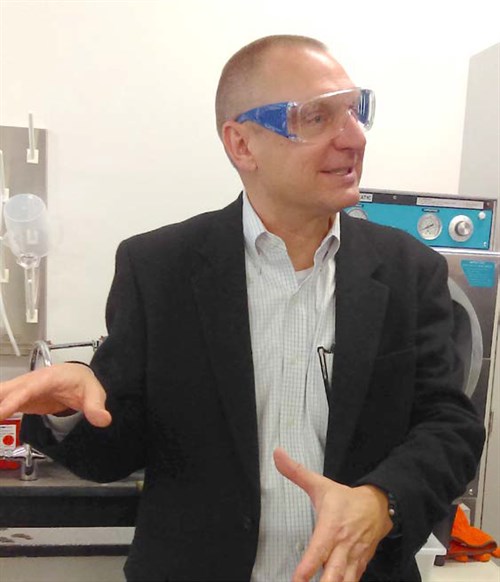 The company’s first product, which is being released first to the turf and ornamental markets, is a fungicide relying on a root-colonizing bacterium to inoculate plants against a range of devastating pathogens. The product, trade name Zio Fungicide, is being brought to market via a partnership with Indiana-based SePRO. Final EPA approval is expected early this year.

In 2016 AgBiome moved into its new, state-of-the-art, 30,000-square-foot research laboratory and greenhouses in Research Triangle Park, North Carolina. At the time of my visit the company had 70 employees — plant health care researchers specializing in plant biotechnology and microbiology. They work collaboratively to collect, assay and test microbiome for its activity against important disease, insect and nematode pests.

Microbiome? In a nutshell, the term describes the collective genomes of the microorganisms that reside in an environmental niche or the microorganisms themselves. That’s part of the “official” definition of the word. And yes, admittedly, I have to stretch my mind to get a sense of microbiome’s significance. 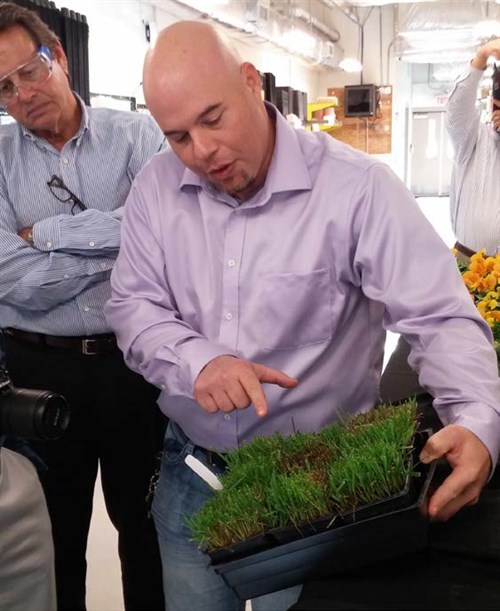 Steve Ronyak shows the results of fungicide testing on turf.

For example, in researching the term, I learned that we humans share our bodies with 100 trillion or more bacteria. Most are beneficial; they help us with many biologic functions that keep us alive and healthy. Some are “hitchhikers” just tagging along for the ride. A few are pathogenic.

The same holds true for the microbiome of plants as well as the soil in which they grow. Microbes live everywhere in our natural environment. The discovery and commercialization of efficacious microbiome is one the hottest areas of research today.

In that regard, AgBiome’s efforts in collecting and testing microbes might be likened to a Nascar driver exiting pit row ahead of the many (and growing number) of other plant health care companies on the “same track.”

This level of activity has attracted the attention of investors and other plant health companies. In the short time since its founding, AgBiome has attracted funding from six major investors (including the Bill and Melinda Gates Foundation) and three strategic investors — Monsanto Growth Futures, Syngenta Ventures and Novozymes. It also counts Syngenta and Genective as well as “multiple undisclosed” research partners in specific crop-protection projects. 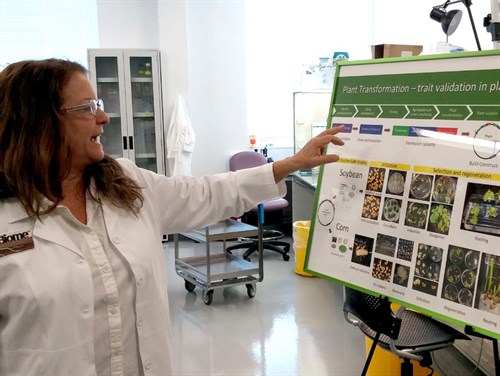 Uknes credits AgBiome’s rapid success in discovering and identifying microbial plant protection genes and strains to the structure of the company, which gives employees a large degree of freedom to collaborate and innovate.

As Uknes says, “The amount of happy feelings the people here have for the work they do is higher than any other organization I’ve ever been involved with.

Next post The Market for Specialized Companies Remains Strong