Finding The Perfect Balance Of Bulk Salt And Liquid Deicer

Mega snow company Enviroscapes finds a combination of bulk salt and liquid deicer works best to do the job right.

David Lint is always looking for the latest and greatest technology or innovation to do the job better. As director of operations for Enviroscapes in Louisville, Ohio, he is in charge of making sure Enviroscapes performs its services as efficiently and profitably as possible. And snow and ice management is no exception.

Comprising 30 percent of Enviroscapes’ total sales and utilizing 325 employees in the winter, snow management is a big job. So Lint is going to take any advantage he can get.

Liquid deicer has given him that advantage. State organizations and municipalities have used it for quite some time, but now the leading private snow and ice contractors are starting to add it to their arsenals and are seeing positive results.

Regarding offering deicing services, Lint and his staff did their homework.

They bought a brine maker three years ago, using one of their four locations as a demo site for the new product. Every year since then, they’ve been using more and more, to the point where today Enviroscapes is applying 25 percent liquid deicer and 75 percent bulk salt.

“We saw it as an opportunity to cut down on salt usage and create a better end product for our customers,” says Lint.

If you’re pretreating with brine, typically you have to go back out to do a touch-up or apply more salt. Whenever Lint and his crews have to go back out, they’re finding that they’re using roughly a third of what they would normally use when applying bulk salt.

“So the liquid cuts down on the amount of bulk salt needed,” Lint says.

Lint says liquid is cheaper to use than rock if you’re just buying brine versus bulk salt. But there is an initial investment up front, including buying a brine maker, liquid tank and sprayers to apply the product.

“At the end of the day, though, it’s cheaper to apply,” Lint says.

What is that initial investment? A small snow management company that services smaller lots can buy a 300-gallon setup to get started, which would cost $5,000 to $7,000. But in Lint’s local market, he has seen some inventive and enterprising contractors do it themselves with 200-gallon palletized totes and a 5-horsepower pump, which probably only cost $1,000. Larger contractors can spend up to $15,000 as an initial investment – it all depends on the size of the company.

In addition to being cheaper than bulk salt, liquid can buy a snow contractor time in bigger storms due to its residual effect. Plus, Lint says the result is better for the customer. On the negative side, liquid is still new to the private snow industry, and thus there is a lot of learning to go through.

“We’re three years into it, this will be our fourth season, and we’re still learning every day,” says Lint. “We had to retrain our guys. It’s not as simple as hitting a lever. With liquids, you’re taking into consideration pavement temperatures, surface temperatures, wind and the forecast. You can’t go out and apply it if there’s moisture on the ground. So there are a lot of variables that go into it.”

Concerning storage, you can store liquid and bulk on-site, but with a liquid tank you need some type of engine or pump to load it into a truck. With bulk salt on-site, you need to have a loader sitting there to load it. And, you’re trucking it in at 25 tons per load versus liquid, which is in smaller volumes.

Training his staff on using brine was critical, Lint says. Initially, higher-level managers were trained as well as the guys in the field, but the field crews have also received continual training.

“We do it at the end of the year or before snow season starts, and then it’s something we continue to address on a weekly basis or as needed. We’re continually training,” says Lint.

Lint says he does not do much to educate the customer on the product, but rather sells on the end result.

“It’s tough enough for somebody to study it and educate our employees on it, let alone the customer to understand it,” he says. “Depending on the forecast or temperatures or other variables, it may not be brine all the time. It may be bulk today and brine tonight.”

The main point he tries to get across is that it will result in a safe environment for the client’s employees and customers. Also, there is a cost savings to them.

Sometimes, Lint will use a cheat sheet listing four or five benefits of liquid to simplify things for the customer, including the residual effect it has and how it’s more environmentally friendly due to Enviroscapes not having to put as much rock down.

Would Lint ever go 100 percent liquid? While he admits there are snow management companies doing it, he personally wouldn’t feel comfortable with it.

“When I talk to my guys about it, I say it’s one tool in the tool bag,” he says. “You have a shovel and a rake and a pick, and they all do three different tasks. Could you move soil around with a shovel like you could with a rake? Sure, but that’s probably not the most efficient way. We have two tools and we use whatever is the best tool for the situation based on the weather.”

Enviroscapes monitors three to five weather sources. They pay for a private service with a meteorologist who is just a phone call away and also watch the local newscast. Forecasting what’s out there and what the average is supposed to be is critical.

“You have to continually be monitoring that stuff because it changes hourly,” Lint says. “There are times when the weather services miss, too. You have to rely on what’s actually happening so you can make adjustments on the fly.” 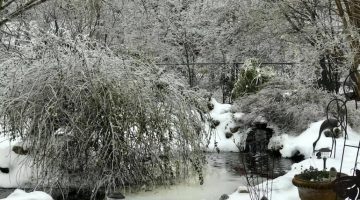 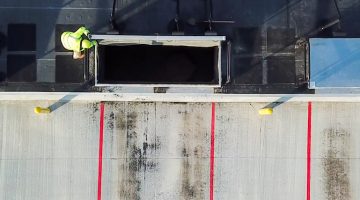