"In Your Own Words" is contributed from the lawn care and landscape forum at LawnSite.com.

Is it possible to stay busy year-round if you don’t offer snow and ice removal services? What other services could a landscape business offer to keep employees working all year if snow removal isn’t a possibility? LawnSite.com members offer their ideas on services that help keep workers paid and happy during the off-season. Join this conversation here.

Emar: I’ve been running my lawn care business for three years. I now have 30 accounts, two commercial and one townhouse complex; the rest are residential houses. I’ve hired friends over the years for extra help on bigger jobs.

I operate from April to November. I don’t do snow removal. During the winter months, I do welding, metal fabrication, etc.

This year, I hired an employee and have been able to keep him on the payroll all summer, but come December he will not be employed with me and will have to find work somewhere else.

I’m wondering if I can expand the business and still not offer snow removal. How can I make it so that the summer workers come back so I can have an independent crew (or at least a crew leader) every year?

donamow: If the employee is on the books then he may be able to receive unemployment until next April.

Walker Driver: Maybe you could get a couple of commercial buildings to clean in the evening for your employee. That’s what I do. When the summer season starts again, I hire a college student to clean the buildings in the evenings.

I do snow removal, but I love it.

One more idea: Since you don’t like plowing snow, invest in a sander and sand parking lots every morning. That’s a cash cow since most plow companies are strapped for time and can’t get back to sand the lots before they are full.

oqueoque: I have been thinking about this also, and I thought about offering a bonus that would be paid in the beginning of June for someone returning to work from the year before. The bonus would have to be a good amount so that it is effective; and it might represent half of the employee’s pay raise from one year to another. I picked June because by that time the difficult time of spring is over, and the employee would have already worked two to three months, and would be less likely to leave once he receives the bonus.

Emar: Great idea to keep them happy and make them stay.

oqueoque: The insurance for snow is too expensive for the amount of income it would produce for me. Some years it never snows here. I would rather take the time off.

I own some rental properties and try to catch up on any delayed problems that I have put off. I am hoping to go somewhere warm this winter, which I have done in the past. I am at the age that I could collect Social Security, but I want to wait until I am 70 to start collecting.

One thing I never see on here is anybody trying to flip a property, which I thought about at times. Buy properties in November, fix them up over the winter and sell them in the spring. You could keep people working that way, and you would not have to look for customers.

The one guy who came back last year did not mind collecting unemployment. He received 60 percent of his average weekly working pay and did whatever he wanted. Between a return-to-work incentive, which I did not offer before, and unemployment, I am hoping that is enough.

Off The Record: How Much Debt Should You Carry? 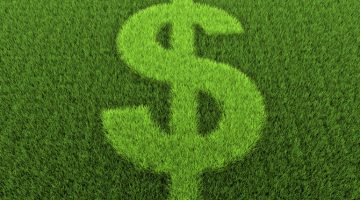