Were you fully equipped to handle snow and ice management this past winter? Is weather affecting your overall purchasing or planting decisions? These are just some of the questions the LawnSite Network — including Turf and the PlowSite.com discussion forum — decided to ask its audience of lawn care and landscaping firms, after record low temperatures, snow and ice, and rolling blackouts blanketed much of the U.S. last month. In fact, on February 18, 73% of the U.S. was covered in snow, according to The Weather Channel. 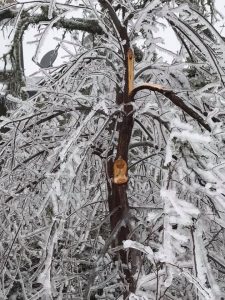 Parts of the southern U.S. that rarely see such conditions over a sustained period were hardest hit. In Texas, residents reported devastating effects on many landscape trees and ornamentals, that while zone-appropriate, could not handle the sustained cold and ice.

In other areas, those who perform seasonal snow management, had a bit of a heyday. Posts on the discussion forum, PlowSite.com, also part of the LawnSite Network, were up significantly in February compared to January; and even more dramatically when compared to 2020 figures. All this begged the question: will it affect how you prepare for next year?

While the majority of respondents* (62%) felt this past winter’s weather was not unusual for their area, a significant number (38%) said it was. Yet most felt prepared, regardless, with only 10% answering they weren’t equipped to handle the storms. Of that 10%, most were lacking a plow. One person answered, “I only have snowblowers. I wish I had a plow for my mini skid.”

One respondent elaborated on the need to control icing. “The last two weeks have been light when it comes to snow, but ice has been an issue. On top of that previously we received 28″ of snow from mid January to the first week in February. I will be purchasing a front mount snow blower for my loader to move piles to accommodate more snow, and to move piles to limit refreeze across the parking lots when it starts to melt. I maintain a nursing home facility, so ice is definitely not a welcome sight.”

Of course, not everyone will be upping their snow and ice game. A smaller number of participants said they would not be investing as much next year, many citing a lack of equipment use this past winter. Responses included: 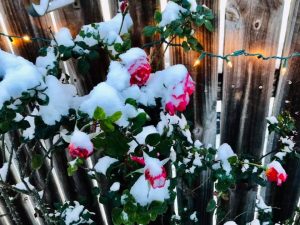 The long term recovery implications on prized Texan and other southern landscapes will play out in the next few weeks. While plants can be amazingly resilient, many losses will remain. As one respondent commented, “The snow and ice are now almost gone, but the lawns are swamps from the melt.”

Will devastated lawn care and landscaping clients want hardier replacements? Do landscapers plan to alter their plant and turf selections? 88% said this past winter’s weather would not affect future plant decisions, but 12% said it would. Of those who are changing plant specifications, here’s what they said they’ll be doing:

All photos graciously contributed by members of the Texas Gardening and Landscape Group on Facebook. 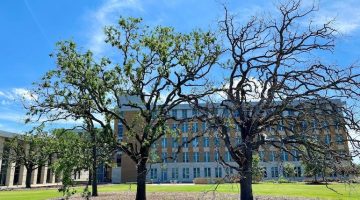 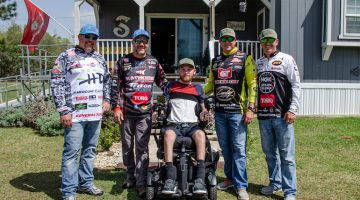 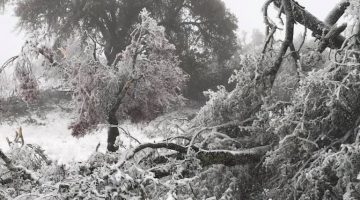