The Future of Construction Equipment

There has been a lot of talk lately about self-driving and autonomous automobiles, with companies like Apple, Google and Tesla pushing as hard as they can to be first to market. There was also a recent report of one of the founders of Google investing heavily in a couple of flying car companies.

While this autonomous technology has its place, don’t expect skid-steer loaders and compact utility loaders to become self-driving — at least not yet.

“Not all of our skid-steer customers are ready for autonomous technology. We have to be careful not to drive too far out in front of our customer’s headlights when it comes to this technology,” says Jeff Brown, product development/marketing with Caterpillar, explaining that some of his company’s products can work using line-of-sight remote control, which can get the operator out of harm’s way while still controlling the machine. “The focus needs to be toward keeping things simple. We’re already learning our lessons in some areas where we have a lot of technology at operators’ fingertips, and some of it can be overwhelming to them.” 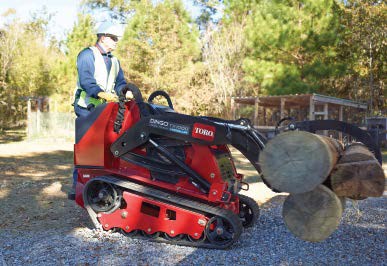 That said, Caterpillar skid-steers and compact track loaders do have a capable user interface, which enables the setting of preferences and customizing the way the machine operates and responds for individual users.

There are seven performance parameters that can all be set to certain levels depending on the operator’s skills or the specific task.

“And you can have multiple users on that same machine that can identify themselves by logging in with a PIN number,” Brown says. “All those performance parameters are then recalled and the machine will be set up as they had it. There is tremendous value there, but it must be intuitive and easy to use.”

Software is a big part of the machines, says Brown, and the nice thing is, unlike hardware, it can always be constantly fine-tuned.

“We’re not stuck with what we have for the lifecycle of the machine when we develop a new product and put it out there,” Brown points out. “We can constantly be innovating and adding to the refinement of that software or additional features. The challenge then becomes how do you get that field population, all of those users who are on a daily basis experiencing our equipment, to realize those same improvements and benefits.” 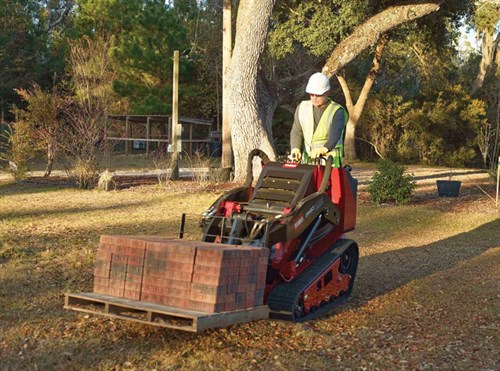 Brown doesn’t see any drastic changes in skid-steer loaders or compact utility loaders in the future as he feels Caterpillar is already pushing the ceiling or limit when it comes to making these machines high-tech.

Now that computers and software are on these machines, Brown feels the sky is the limit. “Now we have the architecture of the machine and a foundation we can build upon,” he explains.

“Everything we do now builds upon a platform that is basically computer-based as opposed to mechanical,” Brown adds. “Once you make that jump, and that probably happened for most within the last decade, then it’s a matter of continuing to refine that and see who can make it the smartest and easiest to use for the operator to get the most out of that machine.”

Brown doesn’t believe lightweight materials are in loaders’ future, considering what the machines are meant to do.

“Our machines do real work,” he says. “Lightweight materials in automobiles is great for fuel efficiency, but in a machine, you actually use that weight to do work, whether that’s lifting heavy loads or creating tractive effort to the ground in order to push the dirt.”

Strength of materials, however, is certainly a way to get more life out of the machine. Brown doesn’t see an issue with that now, but it could be something looked at in the future with the question being, “How can it be built stronger?”

“We went from mostly humans doing the welding of frames to now mostly robots doing it,” Brown explains. “What’s the next step in terms of manufacturability and the ability to do things with a greater level of quality and efficiency? Is there a way to extend the life of those materials with something stronger and better? I could see us investing in those areas.” 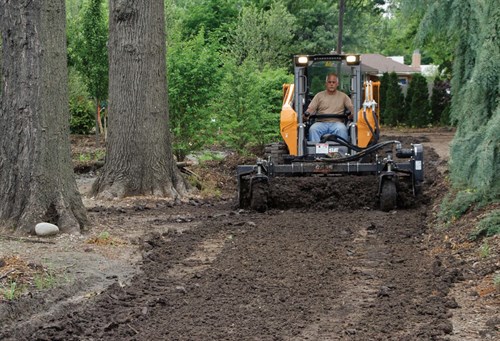 Construction equipment manufacturers, such as Case Construction and Toro Co., are working to make machines that are easy to operate and evolve alongside technological advances.

“In the future, we believe the line between compact utility loader and skid-steer loader classes will continue to be blurred with increasing rated operating capacities in the CUL class,” says Joshua Beddow, marketing manager at The Toro Co.

Back to the future

“At Toro, we place a lot of value on feedback from end users as a driver for our research and development efforts,” says Beddow. “If there’s a challenge out there in the field, we rely on our connections with contractors to help identify those issues so that we can, in turn, develop a solution to fit their specific needs.”

As far as specific updates to equipment and attachments, only time will tell, Beddow says. “Landscape contractors are resourceful and are always looking for ways to create efficiencies in their day-to-day tasks. We believe that product innovations should stem from a need on the job site, and product enhancements should be focused on solving a challenge on the job site. For example, a soil cultivator attachment offers a narrow width for prepping devil strips. Plus, it normally only takes one pass to create a seed bed.” 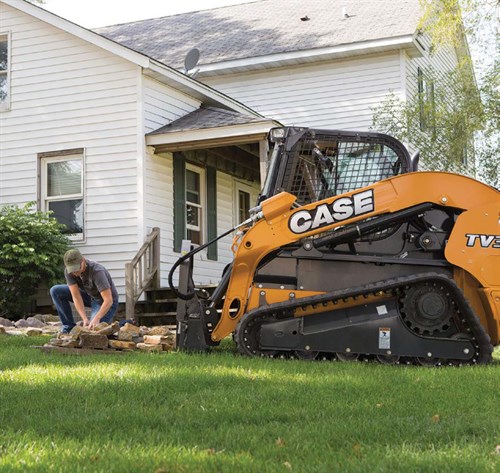 Ironically, the more sophisticated these machines get, the less technologically savvy landscapers have to be. That’s because technology is making them simpler to operate.

“Landscape contractors are evolving right alongside the technology that serves them,” Beddow says. “Yes, technology is becoming more and more advanced, but so is operators’ ability to manipulate that technology. That said, we believe there’s a balance to making sure that we’re providing cutting-edge technological advancements without sacrificing practicality or usability.”

Will the skid-steer loaders and compact utility loaders of the future require less maintenance? Caterpillar’s Jeff Brown hopes the industry can move toward that.

“Our motto is, ‘If it’s difficult to do, it won’t get done, and if it doesn’t get done, it will be painful in the long run for the owner, whether in machine performance or just in their pocketbook.’ So the more we can build into a machine so it doesn’t require maintenance, that’s a competitive advantage.”

Brown feels this is where ultra high molecular weight plastics and polymers have their place, whether it’s in heavy load areas or joints on the machine or bearings and bushings. If you can get rid of joints that require grease, that’s a good thing.

Adds Toro’s Joshua Beddow, “True innovations to machinery will not create additional work for the end user – advanced technology is meant to simplify contractors’ day-to-day activities. It’s important to mention that while there are plenty of opportunities for enhancement in the compact utility class, the equipment needs to remain practical, productive and cost-effective for the contractor.”

One example of how technology is helping reduce maintenance, says Beddow, is through improvements to diagnostics and indicators. If a unit can identify a small maintenance issue and alert the operator before it becomes a serious issue, it will save the contractor time and money in the long run.