Being skilled at a trade doesn’t always mean being skilled at running a business. This rings true for many small business owners, including Richard “Dick” Bare, the CEO/president of Arbor-Nomics in Atlanta, Georgia. That was, until he developed a few mentors and read a few books.

“I was not any kind of a businessman, I thought ‘profit’ was a guy in the Bible,” Bare says. “I think I had the typical 32-year-old ego and cocky attitude that I could do anything.”

Click the image to find the book on Amazon.

Bare says his favorite business book is The E-Myth by Michael Gerber because of the way Gerber explains the importance of having systems in every aspect of a business. “When you think about it, an exit sign is a system,” Bare says. “When we are in danger in an unfamiliar building, we immediately look for the EXIT sign.”

Reading The E-Myth was “a huge turning point” in growth as a business leader, Bare says, adding he also found the book First Break All the Rules by Curt Coffman and Marcus Buckingham helpful. “I grew up in businesses where I was micromanaged and I tended to manage that way,” Bare explains. “It wasn’t working and these two books showed me why, so the more I set goals for folks and backed off, the better they did.”

This book by Michael Gerber has proven to be popular among other small business owners in the landscape industry, including Jon Cundiff from Weed Man, who also recommended the book.

A good book will help with organization and systems with a business, according to Bare, who also says he has read The E-Myth two or three times. According to Bare, Tony Bass, a consultant in Georgia, worked with Gerber on a second version of The E-Myth specifically tailored to the landscape industry, Bare says. 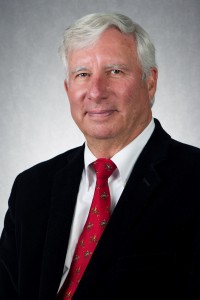 After growing up at a nursery in Youngstown, Ohio, Bare went to The Ohio State University to study horticulture and arboriculture, eventually starting his own company in Columbus. After two unsuccessful years in business, Bare sold his company and worked at ChemLawn. “The CEO, Dick Duke, took me under his wing and taught me all about business,” Bare says. “Tragically he died in 1978 and my mentor was gone. He was an incredible leader — it was so sad.”

Seven years after his first unsuccessful business, Bare started Arbor-Nomics in 1980 because he wanted to replicate the ChemLawn model. “We have built up a great bunch of partners and we try to reward everyone by sharing the wealth. It’s an old cliché, but great people make great companies.”

After reading books like The E-Myth, and learning from some great mentors along the way, Bare says 35 years later the company is still going strong.

Do you have a favorite book that’s helped with your business? Share in the comments below.