This one maintenance step can improve turf in many ways.

Whether it’s called aeration, aerification or cultivation, it is recognized as an important part of turf maintenance. With residential building patterns that have developed over a number of decades, topsoil is often removed, leaving subsoil where homes are built, sometimes with only thin layers of topsoil spread over the lawns.

Aeration contributes to improved turf in a number of ways. It helps the plants build better root systems, increases the movement of air and water into the soil, and, at the same time, increases the effectiveness of fungicides or fertilizers that are applied. These benefits help ensure dense turf while maximizing the beneficial use of turf, both through avoidance of revenue loss and avoidance of lawn enjoyment time lost.

Aeration can help improve a turf stand in a number of ways, such as building a better root system and increasing the movement of air and water into the soil, which increases the effectiveness of fungicides or fertilizers that are applied. PHOTO COURTESY OF TRUGREEN.

According to Dr. Doug Karcher, associate turfgrass professor at the University of Arkansas, “Aeration method should be based on the problem being addressed.” For example, compaction can best be addressed by hollow-tine cultivation, while thatch can be removed through verticutting. Karcher, whose research focuses on soil management, noted that deep compaction is best addressed through deep-tine aeration using equipment such as the Verti-Drain or Soil Reliever.

“Hollow tine is more effective at decreasing compaction and removing thatch, but should be done only when the turf is actively growing and not stressed. Therefore, solid tines and HydroJect are often used on cool-season grasses during stressful summer conditions,” Karcher said.

Soil should contain about equal numbers of large pores and small pores. The large pores allow the soil to drain quickly, permitting water to move through the soil profile. Compaction can result from heavy use on a lawn, and reduces the amount of large pores in the soil.

When large pores are increased through deep aeration, more air is available to move through the soil, which allows a stronger root system to develop. The strengthened root system that develops helps the plants become more resistant to various stresses. Roots can visibly be seen as they begin quickly growing across the holes that are left by hollow-core aeration. “Improved root systems will help the plants withstand drought, and provide the plants with additional energy to withstand or recover from other stresses, such as traffic and diseases,” said Karcher.

Tight soils contribute to roots growing more closely to the surface where environmental extremes of heat and cold can stress the turf. Soils that are heavily compacted warm more slowly than other soils, and this can limit growth. Additionally, the stronger root system that will develop with aeration helps the plants better withstand winter stresses. Frequent and short mowings create stress on the plants, and stronger root systems help the plants recuperate more quickly from mowing stress.

Increase movement of irrigation or rainwater

All species of grass and soil types benefit from aeration. Some soils are more likely to experience compaction to a major degree. “Compaction has the most effect on heavy clay soils,” noted Zac Reicher, turfgrass professor at the University of Nebraska at Lincoln. Reicher’s research includes reducing cost inputs of turfgrass management.

Corporate and home lawns need to have excess water removed from the surface as quickly as possible to regain use of lawn areas. With aeration comes improved drainage, allowing fertilizers and fungicides to move through the soil more quickly and more effective in helping to produce top-quality turfgrass stands. “Aeration will improve the effectiveness of pesticides targeted to soilborne pests such as root pathogens, nematodes and soil-inhabiting insects,” Karcher said

Microorganisms are responsible for the decay of organic matter, which is necessary to manage the amount of thatch. As mentioned above, aeration increases large pores in the soil profile, and that contributes to the microorganisms that help the organic matter decay more quickly.

A home lawn is aerated with a Bluebird aerator to reduce compaction. PHOTO COURTESY OF SPRING-GREEN LAWN CARE CORP.

Ewing Cultural Center at Illinois State University is a historical estate that includes extensive exhibition lawns and gardens. A $250 million renovation was completed four years ago with extensive heavy equipment on the grounds. The center hosts large gatherings throughout the spring, summer and fall on its Great Lawn. Darcy Loy, assistant grounds director, said, “We started with a compaction problem from all the heavy equipment.” The heavy lawn use compounded the compaction on the poorly drained soil.

“We used to have a problem with standing water in places on the Great Lawn,” said Jeremy Haag, a grounds worker at the center. “Since we’re doing aeration regularly, we no longer have the standing water.”

While some of the same principles apply in home lawn aeration, determining the need for aeration is somewhat different. Branham said that lawn care professionals should recommend lawn aeration when indicators of compaction are present.

Dr. Bruce Branham, a turfgrass professor at the University of Illinois, cited improving the soil profile as a major benefit to home lawn aeration. “If a lawn isn’t doing well, one aeration may not do much to improve it,” Branham said. “Over time, though, removing the plugs that are then broken up and returned to the soil along with organic matter from the turf itself will improve the soil.” The decaying turf rhizomes will mix with the broken-up plugs that fill into the soil and improve the growing medium significantly with regular aeration. The improved soil profile will allow water to move more readily, and increase the effectiveness of fertilizers and pesticides.

Bluegrass-rye seedlings make their way through the slit on the left and the core hole on the right following core aeration and slit seeding of a turf stand lost to drought. PHOTO COURTESY OF MARK GRUNDMAN, JACKLIN SEED/SIMPLOT.

Residential lawns may have poor soil conditions for a number of reasons. The residential building practices of removing and storing topsoil may result in lawns being established on subsoil. Many times, poor soil conditions are present simply because the soil has a high clay content and is susceptible to compaction.

“Compaction is hard to measure,” said Branham. A number of conditions can precipitate compaction on home lawns, and while high traffic is among those conditions, other conditions are important in compaction and include generally poor soil condition.

Thatch buildup on home lawns of more than about .5 inch is an indicator that compaction may be an issue. Bare spots where excessive wear occurs is also an indicator that compaction may be present. Excessive wear on home lawns often occurs from the continual play of children’s sports. Similar wear occurs on corporate lawns and in park settings from activities that routinely occur in the same pattern on the same site.

Branham’s research focuses on turfgrass physiology, and he noted that aerating before reseeding lawns provides a strong benefit in that it promotes a good seedbed, allowing the turfgrass to better establish on lawns.

Next post Stay on Top of the E15 Debate 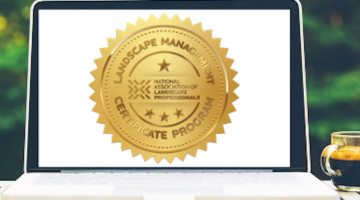 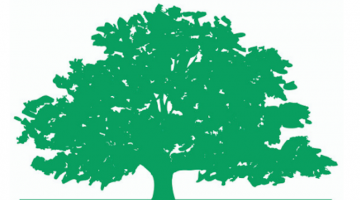